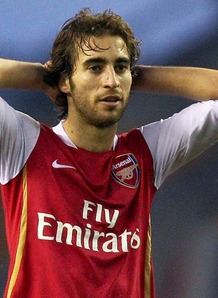 Posted in Arsenal By By Far The Greatest TeamPosted on February 26, 2016January 13, 2017Tagged Arsenal

Arsenal midfielder Mathieu Flamini is now facing Emirates exit this summer, after reports emerged that the north London club are reluctant to offer him a new deal.

Flamini is out of contract this coming summer and it is believed he will join Mikel Arteta and Tomas Rosisky, who are set to leave Arsenal on a free transfer this summer.

The France international turns 32 next month and his age has gone against him together with the arrival of Egyptian midfielder Mohamed Elneny and a possible mover of Inter Milan’s Marcelo Brozovic.

Besides, Arsenal has constantly been watching Southampton midfielder Victor Wanyama, who is also a potential target for the Gunners after the player is reluctant to sign a deal at the St. Mary’s.

Flamini has been in and out of the Arsenal side this season and came close to leaving the Emirates Stadium last summer.

Mathieu Flamini was an extremely unpopular man on Tuesday night with Arsenal fans. The Frenchman conceded a penalty within 47 seconds after coming on as a substitute for a clumsy tackle on Lionel Messi.
The Argentine picked himself up to score and hand Barcelona a 2-0 lead and all but guarantee Arsenal’s exit from the Champions League. The 31-year-old has hardly been a fan favorite since last season.