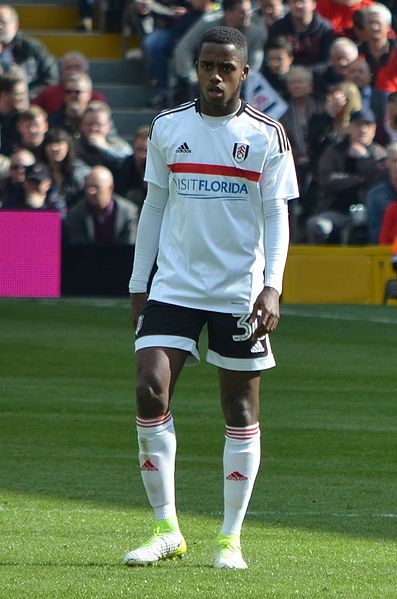 After four seasons outside the top flight, Fulham got back into the Premier League thanks to a tense Championship play-off final victory against fallen giants Aston Villa in May.

It’s a second promotion from this level for Craven Cottage head coach Slavisa Jokanovic after he took Watford up only for them not to renew his contract. The Serbian manager’s talents are certainly appreciated in West London but, if he is to continue playing the expansive style of football that helped Fulham return to the big time he needs to keep hold of key men.

At a best-price 7/4 with the bookmakers to be immediately relegated from the Premier League next season, Jokanovic will have to confound naysayers about his side’s ability to compete at the highest level. If he can’t hang on to the following players, then punters will surely pile in to those odds and other betting offers at  thebookiesoffers.co.uk  involving Fulham and the drop.

Craven Cottage star turn Sessegnon had a stellar season and, given who Gareth Southgate has selected for left wingback duty in his World Cup squad, he may perhaps be a little unfortunate not to be in the senior England setup. He remains a hugely promising prospect, however, and the 18-year-old looks destined for a bright future whatever happens in his debut Premier League campaign.

As the Championship Player of the Year, scoring 16 goals and making eight assists, Sessegnon is essential to Jokanovic and now Fulham have been promoted they stand a better chance of keeping him for another year. The only dilemma is whether to play him at left back or keep him on the wing.

Jokanovic has used the loan system to great effect during his time in charge at the Cottage, but nowhere more so than with his temporary acquisition of compatriot striker Mitrovic this winter. The Serbia international frontman looks to have no future at parent club Newcastle United, but was prolific for Fulham netting 12 in 20 and has carried that form into the World Cup with his country.

Mitrovic’s ability to be a real handful for opposition defenders has never been in doubt. He’s a physical presence for sure, but the doubts over him at the highest level are to do with temperament. Only time will tell if the red mist descends again, but he is the best centre forward at Serbia’s disposal now. Any chance Fulham have of getting Mitrovic depends on how he does in Russia and Newcastle’s willingness to sell to a Premier League rival. 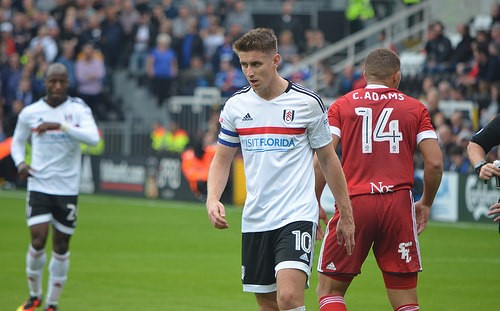 Captain and midfielder Cairney could’ve easily left Craven Cottage last summer with Newcastle among those interested then. He chose to stay with Fulham, however, and scored the goal that got them promoted in the play-off final. That has created a bond with the fanbase.

Cairney had an albeit brief taste of Premier League football when he came through the ranks at Hull City, so he will surely want to be a top flight regular. His midfield partnerships with Norway international Stefan Johansen and fellow Scotland cap Kevin McDonald are vital for club and could be for country if Alex McLeish likes what he sees.