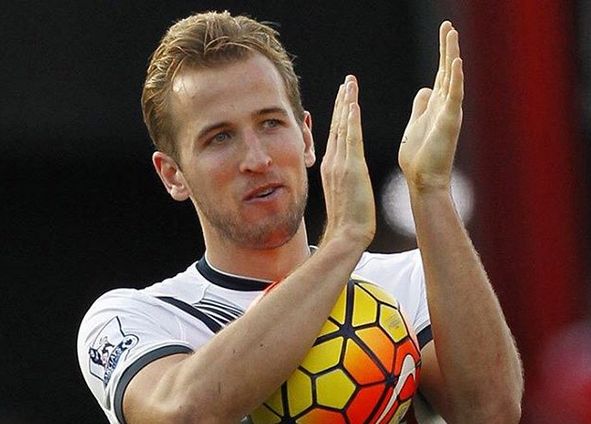 Posted in Manchester United, Newsnow Feed By By Far The Greatest TeamPosted on October 30, 2015November 2, 2015

Manchester United are known never to give up easily on their targets, and they are prepared to launch yet another bid on Tottenham’s striker, Harry Kane, after the club had turned down their request in Summer. The Red Devils are back again, and reports say they are ready to break the bank, and secure his services for around £49 million. LVG is said to be keen of the England international, and despite the rivalry between both clubs, he is bent on getting Tottenham’s prized possession from the White Hart Lane to Old Trafford by January.

Wayne Rooney has led the United attack for a majority of the time since the season started, and he hasn’t been able to find his feet much. He has registered just 2 League goals, and his deteriorating form is of concern to the Dutch coach. Following United’s failure to get a goal against Middlesbrough in the Capital One Cup, the coach will be reinforcing his striking department by January, and the 22 year-old Kane is his key target.

Kane himself started his goal-scoring duties late this season, after placing 2nd last term with 21 goals, he has only been able to score 4 in 10 League fixtures – a cheap rebound and an hattrick against former championship side, Bournemouth last weekend.

Although 49 million Pounds seem like a big money, with Manchester City having used the same amount to get Raheem Sterling from Liverpool during summer, but United might have to pay more to price away Kane from Tottenham. Reports say they might have to pay around £50 to £60 million for his services.