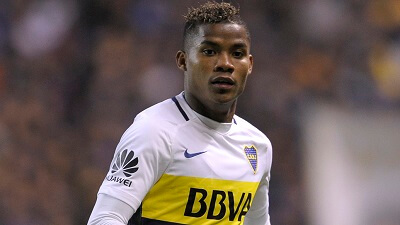 The 23-year old Colombian midfielder joined Boca in 2016 after he made over 100 appearances for Deportes Tolima in his home country. Barrios is a defensive minded midfielder and his strong points are tackling, intercepting and is in general very good in breaking down play. To add to that, he’s also comfortable on the ball. He completed 89% of his passes on the opening day of the Superliga. Wilmar Barrios may not add the same flair as the likes of Benedetto and Pavón but he definitely is and will be, a crucial player for Boca this season. 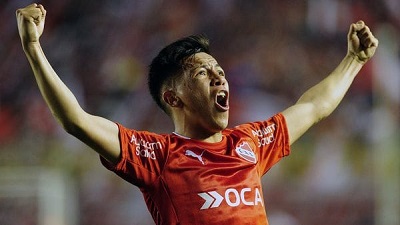 Ezequiel Barco is an 18-year old winger who came through the youth ranks of Independiente. Barco is at his best with the ball on his feet and his style of play has been compared with no other than Lionel Messi. Of course, that’s not an uncommon thing nowadays and we’ve seen a lot of ‘new Messi’s’ but it’s clear that Barco possesses some real quality. He’s quick, skillful on the ball and can operate from multiple positions in the attacking third. He’s a player that draws fans to the stadiums and gets you on the edge of your seat. Truly exciting. However, the kid is only 18 and there will be pressure on him this season to shine. Emiliano Rigoni has left La Roja for Zenit St Petersburg in Russia and all eyes are on Barco to fill in his gap. I’m confident that Barco has the quality to do so but we will have to wait and see if he’s capable to do it for the entire season. All in all, he is definitely one to look out for! 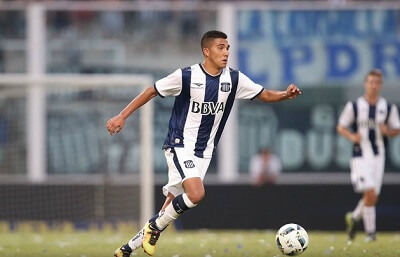 It came as a bit of a surprise that Emanuel Reynoso didn’t make a transfer this window. The 21-year old playmaker had a superb season for Talleres last year and had drawn interest from European clubs like Benfica and Zenit St. Petersburg. Boca were also keen on bringing him in but the youngster remained in Cordoba. However, things weren’t looking as bright for Bebelo back in 2014. Reynoso was shot in his leg after he tried to fight off a couple of armed criminals who stole his motorbike. It looked like he would never return to playing football but thankfully, he managed to get back onto the pitch. Bebelo, as he is often referred to, is a classy playmaker with the ability to pick out an inch-perfect through ball. He is your perfect ‘number 10’ and also has ability to score from distance. He isn’t the paciest of players but relies on his skills and dribbling technique to get past his marker. Reynoso will be a key member for Talleres this season in which may be his last season in Argentina. Enjoy him, while he’s still here! 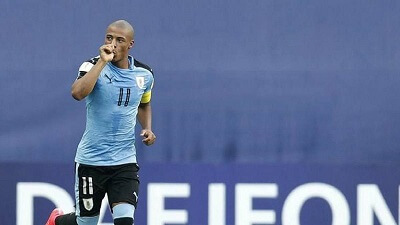 Nicolas De La Cruz was one of the highest sought after youngsters in South America after impressing for both club and country. It was River Plate who managed to get his signature after he joined on a 2.6m deal. The former Liverpool de Montevideo man is very quick on the ball, extremely skillful and has a good shot on him. He usually plays behind the striker or on the wing and has plenty of room for improvement as he’s only 20 years old. He has everything to succeed at River and it will be interesting to see how he performs on a higher level. Nico made his debut for River in a ‘friendly’ Superclasico against Boca Juniors and if that performance is anything to go by, River may have a goldmine on their hands. 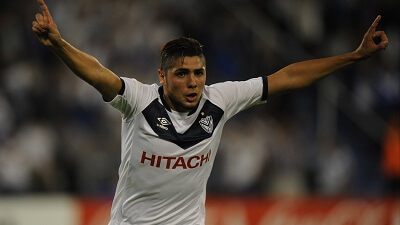 The 18-year old striker is a well-known name in the Football Manager community as he often ends up as one of the most prolific strikers in the game. Maxi Romero has shown recently that he indeed does possess some real quality. He scored an impressive brace in a 0-3 victory over Tigre and this season could definitely be his long awaited breakthrough. Pavone left El Fortin for Estudiantes which left a big gap. Velez brought in some new faces to fill this gap: Bergessio ( San Lorenzo), Cristaldo ( Cruz Azul) and Federico Andrada (River Plate, loan) all joined the club. However, Velez boss Omar de Felippe has no reason to keep Maxi Romero outside of his starting XI if he keeps performing the way he did against Tigre. Much like other players on this list, Maxi Romero is still very young and raw but Velez might again have a diamond coming through their youth ranks.

So here we have it! 5 players to keep an eye on during the 2017/2018 Superliga season. I’ve deliberately kept out players like Benedetto, Pavón and Lautaro Martinez as I feel they are already well known around the globe. It will be interesting to see how the players above will perform during the season and I will come back at the end of it to recap it all. But for now, enjoy them!