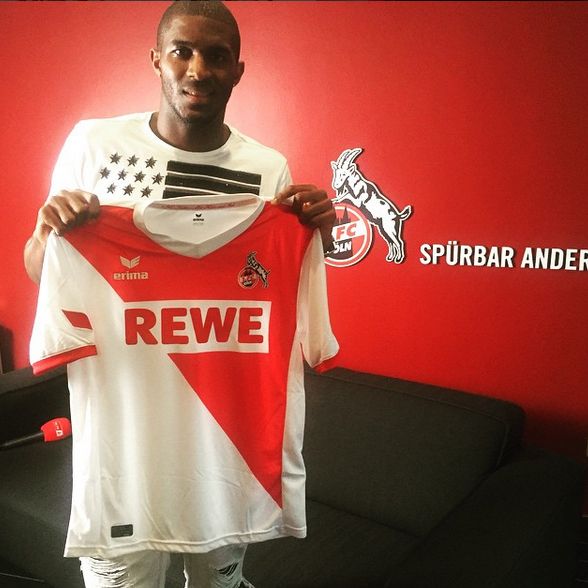 Arsenal are planning to get the best legs available once the winter transfer window opens, and they have made move for one of Bundesliga’s best forwards so far this season, Anthony Modeste. The 27 year-old Cologne striker has been in a great form in front of goal, banging in 6 goals in 9 League matches this season, a form that only extended from the player’s times at Bastia and Hoffenheim where he was averaging a goal every 2 games. Wenger has identified the strong forward as a key signing in order to ease the pressure off his striking department come January.

Despite being linked with the likes of Benzema and Cavani during the summer window transfers, Arsenal failed to nail down a deal with neither of them nor any outfield player, and the team will no doubt need fresh legs by winter due to their recent injury woes.

Winger turned striker, Theo Walcott picked up an injury on Tuesday night, and has joined Welbeck on the sidelines. Welbeck has not appeared for the Gunners this season, cutting short their options upfront as Wenger has had to settle with the duo of Giroud and Walcott to lead his attack.

Modeste once played in the EPL when he appeared for Blackburn Rovers in 2012 on a loan, but the club eventually got relegated and the player left England after a disappointing spell. He was linked with a return last winter when Hoffenheim were willing to sell him, but no England club made a reasonable offer. With Arsenal-targets, Cavani and Benzema not likely to leave their clubs by January, the Gunners have settled with the French player, and his eye for goals will come handy for what promises to be a tough second half of the season as the club continues their efforts to land an EPL title after a decade of failing to.