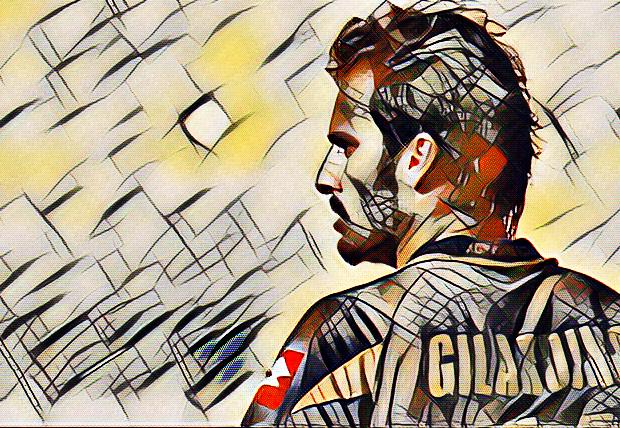 May 2, 2007. Milan. Manchester United’s Champions League dreams hang in the balance after a narrow 3-2 home win in the Semi-Finals over an imperious AC Milan side featuring the likes of Kaká, Pirlo, Seedorf and Gattuso. Chasing the tie in Milan after falling behind 4-3 on aggregate, 24-year old Italian striker Alberto Gilardino latches on to a through ball from Massimo Ambrosini and calmly slots past a helpless Edwin van der Sar to seal the tie and send Milan to their second Champions League Final in three years.

Although he came off the bench that day, Alberto Gilardino was a real star of Italian football. Gilardino exploded onto the scene with 23 Serie A goals for Parma in 2003-04, following Adriano’s exit from the club. 23 more league goals and a debut for Marcello Lippi’s Italy side the following season led to a €25 million transfer to AC Milan.

A World Cup and Champions League winner before 25, Gilardino was on top of the world, on course to become on of the game’s top strikers. 75 Serie A goals in four seasons between 2003 and 2007 served as proof of the striker’s value.

Despite scoring in the Semi-Final, Carlo Ancelotti left Gilardino on the bench for the Final, bringing him on with just two minutes left to play. Angered by this, Gilardino contemplated leaving Milan during the summer. Ultimately the Milan hierarchy convinced the striker to stay on but he would see even fewer minutes in the next season. Gilardino made just 20 starts in the league in 2007-08, often seeing young Brazilian sensation Alexandre Pato replace him in the starting XI. His lack of playing time saw Gilardino miss out on the Italian squad for Euro 2008. After playing just 7 minutes in the last 7 Serie A matches of the season, Gilardino agreed to rejoin former coach Cesare Prandelli at Fiorentina.

Partnered by former Parma teammate Adrian Mutu, Gilardino found his form almost immediately scoring 25 in his debut season with the Viola as the club finished 4th. During this season, Gilardino became the youngest Italian to score 100 Serie A goals. His total of 101 league goals in the past 6 seasons, was bettered only by Samuel Eto’o, Thierry Henry and Luca Toni in all of Europe. The next two seasons brought 27 more league goals but Fiorentina slipped down the table, finishing 11th and 9th respectively. Gilardino had regained his place in the National Team, playing in the 2009 Confederations Cup and 2010 World Cup.

Gilardino left Fiorentina in January 2012, signing a four-and-a-half-year deal with Genoa. Despite continuing to score with great consistency, this move marked the end of Gilardino’s career at the very top level. Currently at his seventh club since leaving Fiorentina, Gilardino hasn’t played in European competition since 2010. A brief renaissance with the National Team under Prandelli in 2013 that saw Gilardino make 10 appearances and appear at the Confederations Cup proved a false dawn as he was left off Italy’s squad for the World Cup and hasn’t appeared for Italy since.

Gilardino’s nomadic career has seen him turn out for Piacenza, Hellas Verona, Parma, AC Milan, Fiorentina (twice), Genoa, Bologna, Guangzhou Evergrande, Palermo, Empoli and Pescara. During this time, Gilardino has become something of a forgotten player outside of Europe.

Although he has not reached the heights that he threatened to early in his career, Gilardino has still had an extremely successful career. Serie A’s ninth top scorer of all time, 57 international caps, a World Cup and Champions League champion, Gilardino will be missed in Italian football when he decides to call time on his career. His famous “violin” celebration will survive as one of the symbols of Gilardino’s great career.