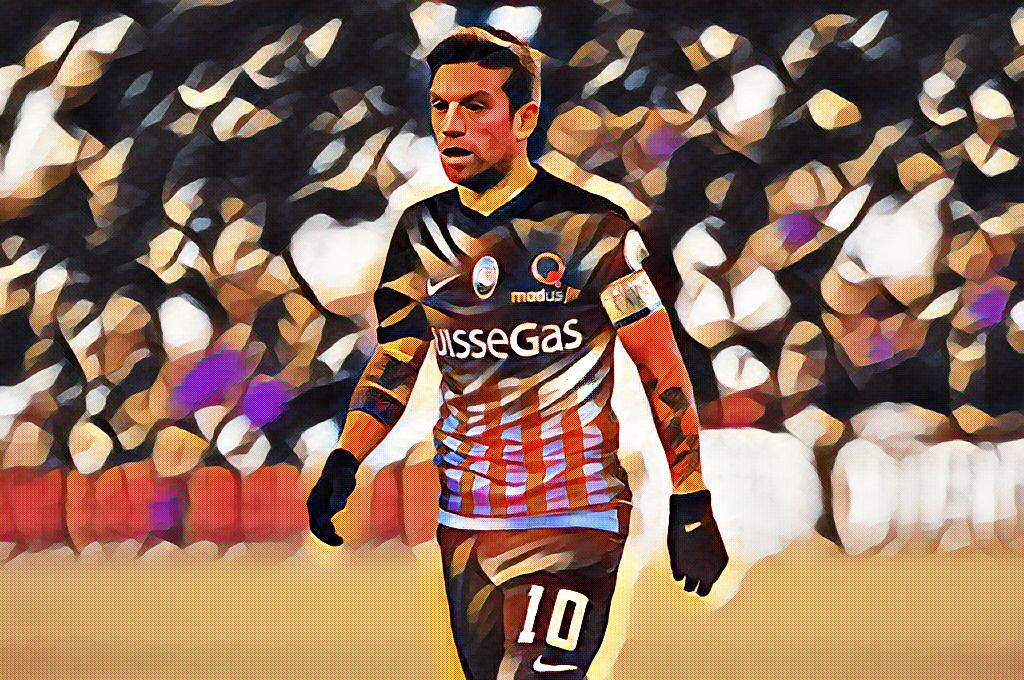 When Everton supporters saw their draw for the Europa League group stages they were pretty confident of getting through to the knockout rounds. However, their opening match against an Atalanta side led be Alejandro Gomez showed them that they weren’t in for an easy ride. La Dea’s incredible first half performance swept Everton away, with the Italian side taking a 3-0 lead.

Gomez, often referred to as Papu had showed how good his delivery can be when his corner led to Andrea Masiello’s opener, but the moment in which he really announced himself to those who didn’t know him came 14 minutes after that. Gomez got the ball near the edge of the box, stepped inside Nikola Vlasic before firing it into the top corner, way out of Maarten Stekelenburg’s reach before celebrating with a neat dance routine.

The Atalanta captain may only be five foot four inches, but he has a massive presence on the pitch. There is a real intensity to his play that is often associated with many South American stars, but also a calmness when he is on the ball. Gomez is a danger in multiple situations, as he is able to play quick football in close proximity, make an eye of the needle pass or fire in a rocket strike from range.

Following his strike on the Europa League’s opening day he showed his importance to Atalanta again in the following game when he equalised against Lyon with a superb free kick. On top of that he got two assists in a 5-1 win away at Everton, helping them on the way to securing top spot in Group E.

Away from European competition, Atalanta had a slow start to the season domestically. However, they are now just one place outside of the Europa League qualification places, as they sit seventh in the table. Gomez has been an important component of that rise, contributing four goals and six assists in the league. Gomez has had some great moments this season, assisting Andrea Petagna with a curling ball into the box from deep late on against Sassuolo to win 2-1 having gone behind, scoring in the 85th minute against Chievo Verona to rescue a point and providing an exquisite assist in addition to winning a penalty against Lazio to help earn a draw in a 3-3 thriller.

Arguably the biggest performance of the lot though came against Juventus. With Atalanta 2-0 down, Gomez fired in a free kick which was too hot for even Gianluigi Buffon to handle, leading to the ball falling kindly to Mattia Caldara who tapped it in. Gomez then added to this by firing in a superb cross to assist Petagna for the equaliser. With the help of Etrit Berisha’s penalty save from Paulo Dybala in the dying moments this was enough to earn a point against I Bianconeri.

They have also made it into the semi final of the Coppa Italia, with Papu once again playing his part. In the quarter final against Napoli the Argentinian crossed in the ball that led to Timothy Castagne’s opener before leaving Vlad Chiriches in his wake and powering the ball past Luigi Sepe, setting up a semi final match up against Juventus despite Dries Mertens’ late header.

All of this good form has come at the right time for the Argentinian with the World Cup in Russia this summer on the horizon. He has managed to force his way into Jorge Sampaoli’s thinking and earned four international caps in 2017. Gomez’s first appearance for his country came in a 6-0 friendly win against Singapore. He assisted Federico Fazio’s opener with a well struck corner before bagging Argentina’s third of the game with a powerful first time shot from outside of the box. He also played the entirety of their 0-0 World Cup qualifier draw against Peru and around half an hour in both a 1-0 win against Russia and a 4-2 loss against Nigeria.

Prior to this campaign Gomez has has had moderate success throughout his career, having started out Arsenal de Sarandi with whom he won the Copa Sudamericana. He then moved onto San Lorenzo before making his first foray into Italian football with a £2.25 million move to Calcio Catania, helping them reach their highest ever position of eight in the table during the 2012-13 season, leaving before the club tumbled to Serie C where they now play. He then moved to Metalist Kharkiv in Ukraine for one season before making the move to Atalanta.

Despite this, the 29-year-old still potentially has his best years in football ahead of him. Atalanta will be facing off against Borussia Dortmund in the next round of the Europa League, giving Papu the opportunity to show what he can do in front of the Westfalenstadion’s famous Yellow Wall. On top of that he has been linked with big name clubs such as Liverpool and could be lining up alongside Lionel Messi in Russia this summer as Argentina’s talismanic figure looks to win the World Cup that would put his legacy beyond any doubt. Everton found out about Alejandro Gomez’s talents the hard way and there will be many more doing so this year.