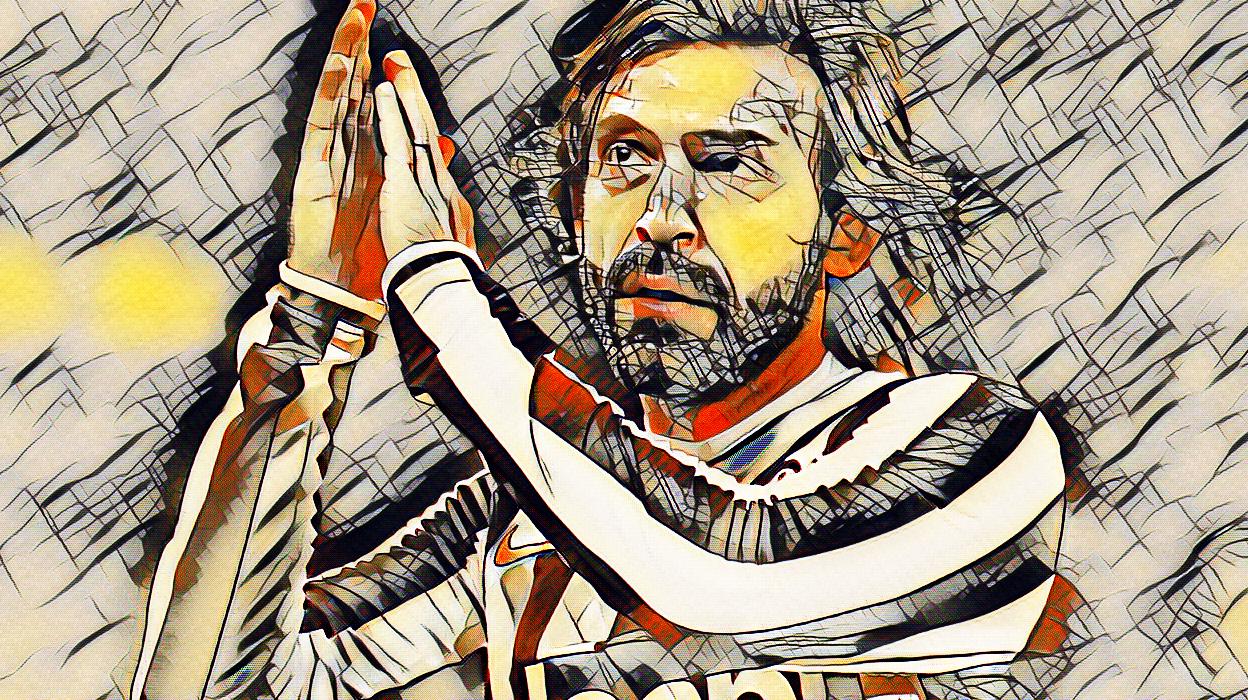 The deep-lying playmaker is a role often used in Italian football at both domestic and international level. The Italians even have their own name for the role. Regista. In Italian, regista translates to director. Therefore, it comes as no surprise that one of the greatest deep-lying playmakers of all time is an Italian. Andrea Pirlo.

Pirlo began his career as an attacking midfielder, with his local side Brescia. After winning the Serie B title, he secured a move to Inter Milan. He struggled for game time at Inter and was sent on loan to Reggina and Brescia respectively. During his second spell at Brescia, Pirlo was moved deeper into midfield to allow both him and Roberto Baggio to play alongside one another. It proved a successful position change as Pirlo prospered in his newfound role. However, he was still unable to break into the Inter first team upon his return and was sold to Inters rival’s AC Milan.

It was at AC Milan, under Carlo Ancelotti, that Pirlo truly transitioned from attacking midfielder to deep-lying playmaker. In this role, Pirlo enjoyed great success as he won nine trophies during his time at AC Milan. This included two Champions League and two Serie A titles. Pirlo himself has since recalled his time at the club under Ancelotti.

“He changed my career, putting me in front of the defence. We shared some unforgettable moments. We had a magnificent past together.”

Pirlo certainly isn’t wrong, he’s had a magnificent career. A career that continued following his free transfer to AC Milan’s rivals Juventus. The move came with delight for both fans and players of the Turin club.

“When Andrea told me that he was joining us, the first thing I thought was: “God exists”. A player of his level and ability, not to mention that he was free, I think it was the signing of the century!”

These are Gianluigi Buffon’s words after Pirlo’s move to Juventus. This emphasises how highly rated Pirlo truly was, even before his move to Juventus. What he accomplished at Juventus only enhanced his reputation. Pirlo added seven trophies to his trophy cabinet during his time at Juventus, including four Serie A titles in a row. He also won the Italian footballer of the year award three times, all during his time at Juventus. Pirlo eventually moved to MLS side New York City FC where he played for two seasons before wrapping up his playing career.

Pirlo’s successes didn’t just come at club level, he was incredibly influential for the Italian National Team. He played an important part in Italy’s 2006 World Cup victory, being awarded the man of the match award in the final. Many will also remember his iconic Panenka penalty against England in the European Championships back in 2012. The sheer audacity and composure he showed with that penalty are traits that have been evident in Pirlo’s game throughout his career.

Pirlo’s nonchalant style both on and off the pitch has made him one of football’s most iconic players. The famous photo of Pirlo sitting in his vineyard with a glass of wine is representative of his style on the pitch. Composed. Capable of dictating play in pressurized situations was one of his greatest assets. This was largely due to his close control and impressive array of passes. It didn’t matter where his teammates were situated, Pirlo was sure to find them with a pass. He often played behind two midfielders whose jobs were primarily to protect Pirlo, so he could concentrate on dictating play. One of these midfielders was current AC Milan manager Gennaro Gattuso.

“When I saw him play it made me think I had to change profession.”

It’s clear that Pirlo had unbelievable quality, but his intelligence was equally as important to his style. His ability to read the game was like none other. Few players can conceptualise the pitch quite like Pirlo. This often compensated for his lack of physicality. Pirlo was never blessed with pace, strength and never gave a particularly large amount of effort in terms of work ethic but his talent and how he utilized it was incredible.

Pirlo’s impressive vision was also crucial to his style. He was able to see a pass before the run had even been made, this combined with his ability made him an attackers dream. It’s clear how important playing football intelligently is to Pirlo. He even went as far as titling his autobiography ‘Penso Quindi Gioco’, which translates to ‘I Think, Therefore I Play’.

Dead ball situations were another strong aspect of Pirlo’s game. Regarded as one of the worlds best free kick takers, he was often his sides designated set piece specialist. Pirlo states his style is heavily influenced by iconic free-kick specialist Juninho. The Italian shares the record for most free kick goals in Serie A with 28, alongside Sinisa Mihajlovic. Proving that while Pirlo is predominantly his sides creative spark, he still has an eye for goal.

Pirlo has won almost everything he could of during his career. Often the heartbeat of some of Italy’s most iconic teams, both at club and national level. He’s truly defined the regista role, however it’s unlikely anyone will play the position quite like Pirlo. Dictating the play in an unbelievably composed style, it’s hard to believe there will ever be many footballers as classy as the Italian. Andrea Pirlo is one of the greatest players ever to grace the deep-lying playmaker role.