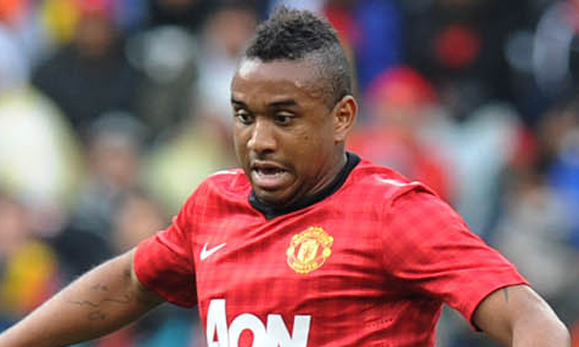 Eight games into the new season and Manchester United haven’t fully got going, failed to purchase the midfielder they needed, leak goals at a startling rate and have kept just two clean sheets. Dissecting those two games, Wigan had ten men and Galatasaray could and should have scored at least 3. In simple terms, United have been due a beating and against Spurs, I’m not sure there are many that would think that the loss wasn’t justified.

All season long the shortcomings from last season are still there but this time with the added complexity (thus hindering the team further) of incorporating a new attacking system of Kagawa and Van Persie. The inherent problem was always midfield. In a 4-4-2 the system looked okay and papered over many a crack however with a 4-2-3-1 it seems even worse than it was before; even with the extra midfielder. When all of this is put together, United look vulnerable and likely to concede in every game that they play, something which isn’t too far from the truth at all.

Once again there is an over-reliance on Paul Scholes. Excuse the switch to the first person but I wrote about this last season and I’m unsure as to why it’s still the case now, 6 months on. United are one of the richest most successful club teams in history yet still rely on needing a 37 year old to make the team click. That is not to the detriment of Scholes as he is a fantastic player. The problem is, with the wealth and power of a club like Manchester United, plus having Sir Alex Ferguson as the manager, shouldn’t adequate replacements have been purchased over the summer so this reliance still doesn’t apply? Paul Scholes is to United what Xavi is to Barcelona. Watching both teams play this season, when rested, the team look inept and incapable of asserting any dominance on the opposition. It’s no wonder that each time the player is sent on as a substitute, the whole pattern of the game changes. That would be a good reason to rely on such a player but with money to spend, a midfielder was paramount whereas a striker was a luxury.

The pairing of Giggs and Scholes against Tottenham looked like a mistake before kick off. With the power and speed of Spurs’s midfield trio of Sandro, Dembele and Dempsey, they were always going to cause United’s midfield problems. Watching Spurs’s two goals in the first half was clear vindication of the mistake that was made: elsewhere on the internet it was being written that Giggs only completed 5 passes in that half and he was promptly substituted for Rooney which changed the game. On the topic of power and speed, against Newcastle in the Captial One Cup, the midfield of Cleverley, Anderson and Fletcher contained those attributes and United looked a completely different side to the one that has been playing in the league. Taking that positive into the next game against Spurs, all three were put on the bench regardless of the former two both scoring goals. In every game this season, the midfield has been dominated over the 90 minutes. Yes there are times when Scholes influences the game, but that’s a given. Overall the opposition midfield tends to dominate United’s which creates more scoring opportunities and leaves United with a lot of work to do against the likes of Fulham and Southampton.

Without tarnishing Giggs’s name, he was poor against Liverpool so I’m not sure how it warranted a start against Spurs. Proving that point, again he was poor and the game passed him by. To say that he has no worth would be ridiculous but he needs to be used wisely. The same can be said for Rooney as his introduction at half time changed the game and Spurs’ second half possession was just 18%. His role behind Van Persie and generally dictating the game in the final third was exactly what was needed in comparison to what Kagawa was offering up until the second half. This 45 minutes was proof that the three of them can play together and if they don’t in the next game away to Newcastle then it would be a huge disappointment. As this is being written, Scholes, Giggs and Carrick have all been rested for the Champions League tie against Cluj which isn’t what United fans probably wanted to hear. Unless it’s to give game time to Anderson and Cleverley so they can get back in the league side, it is slightly puzzling.

The January transfer window is an opportunity to address the problems in midfield but it’s not something that is likely given past transfer windows. For a club the size of Manchester United, the constant overlooking of the elephant in the room is as equally perplexing as it is frustrating and it begs the question: how much longer can it go on for?

4-3-3: Predicted Line up Against Southampton & Injury update: Mata in Starting XI, Januzaj Back

GIFS: Goal of the weekend – Suarez for Liverpool? Ba for Newcastle? Bale for Spurs