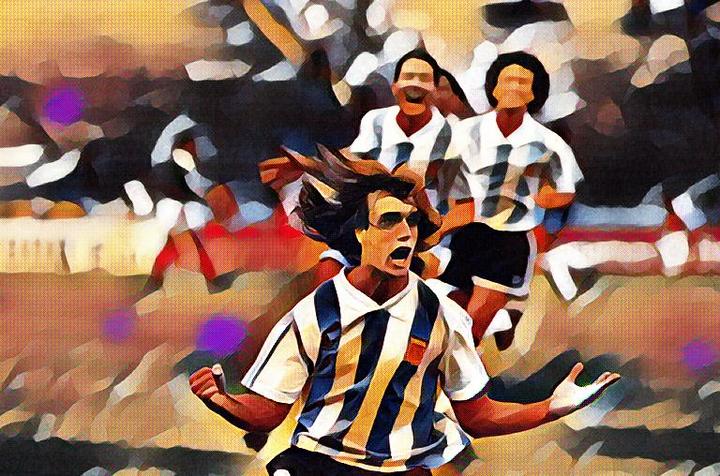 It’s hard to believe that 2018 will represent 25 years since Argentina won a major international football tournament, especially given the players at their disposal during the last quarter of a century. Argentina did win gold medals at the Olympic Games of 2004 and 2008 but the last full, senior triumph came in 1993’s Copa America.

Going into the tournament La Albiceleste were one of the world’s strongest outfits, having won the 1986 World Cup in Mexico and narrowly missed out in the final of Italia ’90 to a late West German penalty. Argentina were reigning Copa America champions having won the previous version in 1991, and were victorious in the 1992 King Fahd Cup, which was seen as a precursor to the Confederations Cup.

By the time the 1993 Copa America rolled around Argentina were enjoying a 25 game unbeaten streak. Hosted by Ecuador, it was the 36th version of the tournament, with CONMEBOL’s ten nations participating along with invited guests Mexico and the United States.

Argentina, however, would have to cope without the architect of their recent golden period: Diego Maradona. El Diego was banned from all footballing activities in March 1991 after testing positive for cocaine following a match between Napoli and Bari. In classic Maradona style, he’d been evading the drug testers by concealing a fake penis, filled with clean urine, inside his tracksuit although this time the trick was up. Filled with paranoia and unable to take responsibility for his actions, Maradona refused to take blame, claiming at the time that he was innocent and that this was a vendetta due to Argentina knocking Italy out of the World Cup in 1990.

Upon the expiration of his ban in late 1992 Maradona signed for Sevilla but walked out on the club after a difficult season in La Liga in which he failed to recapture his previous form despite flashes of brilliance. Maradona returned to the international fold in the months prior to the Copa America but his performances were lacklustre and thus he wasn’t selected in the squad for the tournament.

Manager Alfio Basile handed Maradona’s coveted number 10 to Sevilla’s Diego Simeone, declaring that the shirt should be “reserved for that one, special player.” El Cholo will never be mistaken for Maradona in terms of technical ability but has many other qualities, most notably an incessant drive and a great football brain which has translated into his managerial career. Simeone’s midfield partner was the gifted Fernando Redondo, whose form would later earn him a move to Real Madrid.

Argentina were placed alongside Colombia, Mexico, and Bolivia, registering an uninspiring performance in the group phase winning only one game and drawing the other two. Argentina opened their campaign in the port city of Guayaquil, labouring to a 1-0 victory over Bolivia courtesy of a 53rd minute Gabriel Batistuta strike. Batigol latched on to a headed pass before nodding it down to take himself clear of the Bolivian defence before coolly finishing. The Fiorentina marksman had been the top scorer at the 1991 Copa America and picked up where he left off two years earlier.

A 1-1 draw with guests Mexico followed, Oscar Ruggeri cancelling out David Patiño’s opener. The 31-year-old captain, who had been part of the triumphant World Cup winning squad of 1986 and had famously done the unthinkable by representing both Boca Juniors and River Plate, smashed the ball into the roof of the net from close range to earn Argentina a point.

The final group game pitted Argentina against Colombia, with Simeone opening the scoring following some comical Colombia defending. Batistuta played in Simeone, who pounced on a mix up between defender and goalkeeper. He appeared to be felled by the Colombian stopper, Boca Juniors’ Oscar Cordoba, but rose to his feet immediately, sending a shot on target from a tight angle. It looked an easy clearance but the Colombian defender on the line made a complete hash of it, letting the ball trickle through his legs and into the net as he fell to the floor. In what was a frantic start to the match, Freddy Rincón scored with five minutes on the clock to earn a point for Los Cafeteros.

Argentina’s quarter-final opponents were the equally underwhelming Brazil side, ironically one that would go on to win the World Cup the following year. Müller’s first-half goal gave Brazil a slender lead going into the break, only for them to be pegged back by a 69th minute Leonardo Rodriguez header from a corner. Argentina’s third consecutive 1-1 draw would force penalties, which La Albiceleste won 6-5. Boiadeiro was the unfortunate Brazilian, his shot saved by Sergio Goycochea, and Jorge Borelli’s successful conversion sent Argentina through to the semi-finals at the expense of their neighbours and bitter footballing rivals.

Down to the last four, Argentina would face Colombia in a repeat of the group stage clash. A goalless stalemate was followed by another penalty shoot out in which Goycochea and Borelli were the heroes once again. In a repeat of the quarter-final, Goycochea saved the opposition spot-kick before Racing’s Borelli converted the decisive penalty yet again.

The final was another group stage repeat, this time against North American guests Mexico. After a scoreless hour, the game burst to life with three goals in 11 minutes: a Benjamín Galindo penalty for Mexico was sandwiched between a Batistuta brace. The Fiorentina striker hadn’t been in great form during the tournament and was four games without a goal going into the final, but big players save themselves for the important moments. His first goal was typical Batistuta as he overpowered a defender before blasting the ball past Jorge Campos – the eccentric goalkeeper known for his off-the-wall kits – from 15 yards. The second was assisted by the dogged Simeone, who displayed quick thinking from a throw-in to play in Batistuta inside the box for a relatively easy finish.

Argentina’s form during the tournament – two wins and four draws from six games – may have been underwhelming but the history books will note that it was their 14th Copa America title and third major tournament win in seven years, making La Albiceleste one of the most feared form sides on the planet.

Argentina have come close to glory since 1993, suffering a heartbreaking and excruciating trio of final defeats at the 2014 World Cup, and the 2015 & 2016 Copa America. This relative lack of success – many nations would kill for such a level of failure – is all the more surprising given the gifted players at their disposal. Medals at youth level during the intervening years came thick and fast, including two Olympic gold’s, five triumphs at the under-20 World Cup in 12 years, and five victories at the South American under-17 championships. However, although there are gifted players out there the talent pool has dried up somewhat, and next year’s World Cup may represent the last chance for Lionel Messi and co. to really make their mark on the international game, breaking Argentina’s 25-year curse in the process.