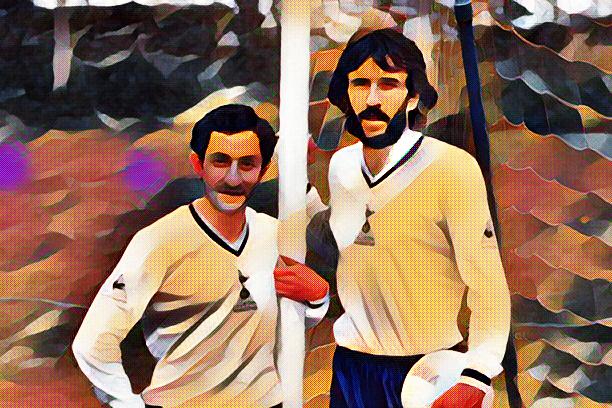 In February 2008, as part of Tottenham Hotspur’s 125th anniversary celebrations, Argentine duo Ossie Ardiles and Ricky Villa became inductee 22 and 23, and the first foreigners, in the club’s Hall of Fame. However, it could have been so different had an event beyond their control not occurred in 1982.

Osvaldo Ardiles and Ricardo Villa were both born in 1952, a mere 15 days apart, making their debuts with Instituto de Córdoba and Quilmes respectively. Ardiles moved across the city to Belgrano a year later, and his form was sufficient enough for him to be named the best player in the interior – basically anywhere in Argentina outside of Buenos Aires – in 1974. In the lead up to the 1978 World Cup Ardiles moved to the Argentine capital, spending three years with Huracán. After debuting with Quilmes in 1970 and spending four years there, Villa would represent Atlético Tucumán and Racing for two years a piece.

The midfielders were both selected for the 1978 World Cup, which was hosted and won by Argentina after a 3-1 AET victory over a Johan Cruyff-less Netherlands in the final. What should have been a national celebration was somewhat tainted by the nature of Argentina’s government, which ruled with an iron fist between 1976 and 1983. The military regime were estimated to have “disappeared” almost 30,000 of its own people – left-wing activists, union leaders, guerrillas, students, journalists, or basically anyone who dared oppose them – during those seven bloody years. The scene of the final, River Plate’s Estadio Monumental, was a stones throw away from a detention centre where many were tortured and ultimately killed. The government knew more than anything the power of the national football team and hoped that victory would mask their problems and create a positive image both at home and abroad.

Ardiles was one of the stars of the triumphant Argentine side, starting all but one of the games. Villa was more of a fringe player, making just two substitute appearances including one where he replaced Ardiles. Villa later stated that had he known what was going on during the World Cup with regards to the government, he wouldn’t have taken part.

Spurs manager Keith Burkinshaw boldly signed the 26-year-old duo following the World Cup, a double-swoop that would prove inspirational. Under one of Burkinshaw’s predecessors, Bill Nicholson, Spurs enjoyed the most successful spell in their history with eight major trophies in 16 years. However, the club suffered a decline in the early 1970s. Despite a modest playing career and threadbare management CV Burkinshaw took over in 1976, immediately leading Spurs to relegation. However, he returned them to the top flight at the first time of asking, bolstering the squad with the exotic signings of Ardiles and Villa.

Spurs finished in a solid mid-table position in 1978/79 before regressing the following season, finishing 14th and only nine points from the relegation spots. This was despite the form of PFA Young Player of the Year Glenn Hoddle, and Ardiles who was also named in the PFA Team of the Year.

Backed by Steve Archibald’s goals and the form of Hoddle, Villa, and Ardiles, Spurs finished 10th in the league in 1980/81 yet won the first piece of silverware of the Burkinshaw era by winning the FA Cup after a replay against Manchester City.

The first clash against Manchester City ended 1-1, leading the sides to do battle once again just five days later at Wembley. The replay was much more open, and with the score poised at 2-2, Villa grabbed his second goal of the night. The strike that sealed his brace would etch his name in history and in 2001 it was named as the Wembley Goal of the Century. Villa received a pass from Tony Galvin from the left-hand side before going past three Manchester City defenders in the penalty box. He then dropped his shoulder and jinked to the right, coming back on himself and splitting two of the defenders he’d previously beaten before sliding the ball past Joe Corrigan from eight yards to win the cup for Spurs.

In the fantastic era of cup final songs, the Spurs players recorded “Ossie’s Dream” with pop-rock duo Chas and Dave. The war-like lyrics would later prove prophetic, with the players referred to as soldiers fighting for General Burkinshaw.

The 1981/82 saw Spurs improved on their league performance, finishing fourth whilst retaining the FA Cup. However, events in April of 1982, a month before the end of season, would shape the future of their two popular Argentine stars. The day after April Fool’s Day, in what proved to be no joke, Argentina occupied the British Overseas Territory of the Falkland Islands, known to them as the Malvinas. Just like with the 1978 World Cup, the Argentine government knew these islands in the South Atlantic were an important part in the national identity of their people, and used the “invasion” as a ploy to give a boost to their ailing regime. What they didn’t count on was the response from the British, who sent a task force to reclaim the islands three days later as the Iron Lady Margaret Thatcher attempted to prop up her own unpopular government. On 14 June the Argentine’s surrendered and a year later the military regime, who had lost all legitimacy by this point, collapsed heralding a return to democracy.

One day after Argentina had landed on the islands, on 3 April, Spurs faced Leicester in the semi-final of the FA Cup. Sadly, it was inevitable that the conflict would affect two Argentine’s living and plying their trade on English soil. “The fuss in the press was big” according to Ardiles. “It was an important match, but the number of journalists in our hotel trebled” he added. Just like in 1981, Spurs needed a replay before defeating Queens Park Rangers in the final. Ardiles missed the ties because he had already linked up with the national team ahead of the 1982 World Cup but Villa was left out altogether. “Had it just been football, he undoubtedly had to be on the pitch for that match” said Ardiles of his team mate and compatriot. “As the conflict was reaching its peak, and due to various types of pressure, he didn’t play” continued Ardiles, adding that “politics defeated football.”

The club and its fans were protective of the players and rallied around the Argentines in a way only tribal football fans can. Ardiles agreed that if the shoe was on the other foot it probably would’ve been difficult for an Englishman to remain in Argentina at the time. Villa said his team mates were terrific. “The English are used to these sorts of conflicts,” said Villa wryly. “Throughout their history they’ve taken control of lands that aren’t theirs, so they’re more experienced than us with this kind of issue,” he continued.

Regardless, it was now obvious that the relationship between the duo and English football was irrevocably altered. Ardiles spent the 1982/83 season out of the spotlight on loan at Paris Saint-Germain, whilst for Villa it would prove to be his last season at White Hart Lane. He left in the summer of 1983 to join the Fort Lauderdale Strikers, before spells in Colombia and his native Argentina. He hung up his boots for good in 1989.

With Ardiles out on loan and Villa’s influence waning in his final year at the club, Spurs still managed to finish fourth in the league, thus qualifying for the 1983/84 UEFA Cup. Ardiles returned from France for that campaign, coming on as a substitute in the second leg of the final as Spurs beat Anderlecht to lift yet another trophy under Burkinshaw. Ardiles would spend a further four years at White Hart Lane yet they struggled to reach the pre-1982 heights, failing to win further trophies whilst producing fluctuating league finishes of third, tenth, third, and thirteenth.

Towards the end of his spell with Spurs, in August 1987, Ardiles represented the Football League in a friendly match against a Rest of the World XI featuring a certain Diego Maradona, to celebrate the centenary of the Football League. Maradona was paid $160,000 to take part, and was flown in from Italy and placed in a plush hotel. He was gushing with praise for his compatriot, calling him “a phenomenon” and a player who “always worried more about the team than about himself.” “In England he was the best thing since sliced bread” Maradona said of Ardiles, summarising the popularity of Ardiles, only five years after the war and a year after Maradona’s own “Hand of God” had knocked England out of the 1986 World Cup.

Ardiles left for Blackburn Rovers in 1988, and then had spells with Queens Park Rangers, Villa’s former club Fort Lauderdale Strikers, and Swindon Town before retiring in 1991. He returned to White Hart Lane as manager for the 1993/94 season after Terry Venables was sacked, but the poor form endured by El Tel continued. Spurs finished 15th place, just three points from relegation, and a dismal start to the following season saw Ardiles sacked despite a forward line spearheaded by Jurgen Klinsmann and Teddy Sheringham. Following the spell in the White Hart Lane dugout Ardiles had a nomadic managerial career, which garnered little success, with assignments in England, Japan, Mexico, Croatia, Syria, Israel, his native Argentina, and Paraguay.

In 2009 Ardiles was one of five players born outside of Britain and Ireland to be named in the Football League’s 100 Legends list in 1998. At a time when foreign players weren’t the norm in English football Keith Burkinshaw and Tottenham Hotspur broke the mould by signing Ardiles and Villa, and the duo played a key role in the club’s renaissance, helping Spurs to two consecutive FA Cup triumphs and a UEFA Cup. Despite the rupture that the 1982 war caused, the popularity of Ardiles and Villa endures and this was confirmed when they were entered into Spurs’ Hall of Fame, kindly showing that their contribution to English football would not be forgotten.