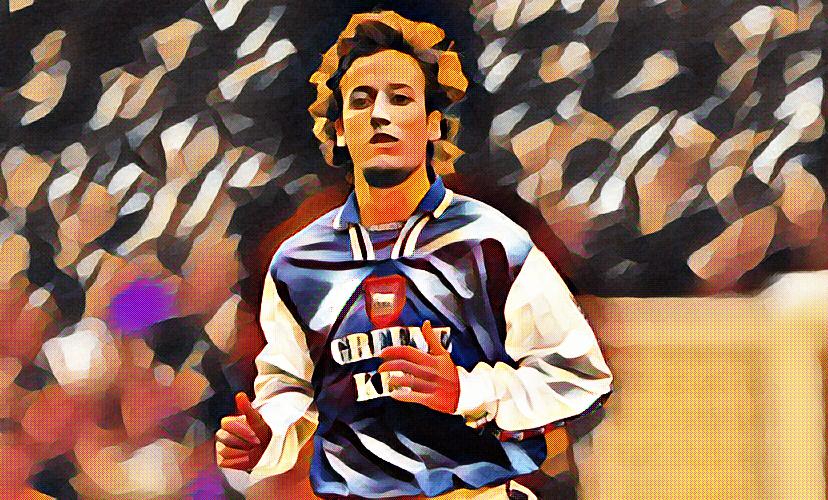 I was an avid collector of Merlin’s Premier League stickers for the 1995 season, with the battered album residing in the loft to this day. Memories of rushing to the local shop on a Sunday morning, pocket money burning a hole in my pocket, endure. Taking the packets home and ripping the top off to release the unmistakable smell, before checking which stickers could go straight into your book and which would have to be traded in the school playground the following day. In those days, although foreign players were creeping into the game, the Premier League was still very much a British and Irish affair. However, one player stood out as somewhat exotic, being one of few South American players up until that point to play in the English top flight. Even more curiously, they’d managed to misspell his name. Mauricio Taricco was immortalised by Merlin as “Taricho”.

Born in Buenos Aires in March 1973, Taricco came through the ranks at Argentinos Juniors, the famed youth academy that spawned Argentine greats Diego Maradona and Juan Román Riquelme. He made his first-team debut as a 20-year-old in 1993 and after just one year he crossed the Atlantic with England his destination.

Although 12 years had passed since the Falklands/Malvinas conflict, Taricco still faced abuse due to his Argentine nationality, marking his move a brave one for a 21-year-old. Ipswich Town dispensed with £150,000 for the right-footed left back, although he failed to make a single league appearance during the 1994/95 season as Ipswich were relegated from England’s top flight. Included in the Hall of Shame from that campaign was a 9-0 destruction at Old Trafford, with Andy Cole feasting on the defence and helping himself to five goals.

The demotion to the second tier, combined with a year of acclimatisation to English culture and football under his belt, allowed Taricco to flourish in the 1995/96 season. The sacking of John Lyall, the man who brought the Argentine to England, ironically worked in his favour as he became a firm favourite under George Burley. Taricco quickly built a reputation as a solid defender under the Scot’s management, albeit one with a penchant for bombing forward and joining the attack. He made 47 appearances in all competitions, firmly establishing himself in a side that finished seventh in the league and missed out on the playoffs by just two points.

The following three seasons became infamous in the blue half of East Anglia as the Tractor Boys suffered a trio of playoff heartbreaks. Taricco’s superb performances over 53 appearances in the 1996/97 season earned him the Player of the Year award, as voted for by the fans. He underlined his popularity with the Portman Road faithful by scoring a goal in the derby win against Norwich City on the same day he gleefully accepted his award. He further endeared himself to his fans by leaving the Portman Road pitch in tears after Ipswich were eliminated in the play-off semi-finals on away goals to Sheffield United.

With a real sense of deja-vu, the 1997/98 season saw another 53 appearances for Taricco and another soul-destroying playoff defeat, this time at the hands of Charlton Athletic. One highlight of the season was Town’s League Cup run which saw them reach the quarter-finals where they took Chelsea all the way to a penalty shoot-out before succumbing to the West Londoners. Taricco scored that night, and famously scored in the previous round as Manchester United were beaten 2-0 at Portman Road. A beautiful curling shot from 25 yards flew from Taricco’s right foot and left Raimond van der Gouw with no chance in the Manchester United goal.

Taricco started the 1998/99 season on fire, scoring a superb solo goal at home to Crystal Palace. Picking the ball up in his own half, Taricco travelled all the way to the opposing penalty area before crashing a shot in off the crossbar. An injury in November would unwittingly signal the end of his Ipswich career, and in December he moved to Tottenham Hotspur for £1.75 million, more than ten times what he had cost just five years earlier. Despite finishing third in the league and missing out on automatic promotion by a single point, Ipswich lost in the playoff semi-finals for the third consecutive season. Many fans were left lamenting the exit of Taricco, pondering whether or not his presence would have been worth the single extra point they needed for automatic promotion that season.

George Graham’s first signing at White Hart Lane became a Premier League regular for the duration of the 1998/99 season although due to being cup-tied regrettably missed out on Spurs’ 1999 League Cup win at Wembley. He managed more than 150 appearances during his five years at White Hart Lane although he couldn’t prevent Spurs from being an archetypal mid-table team, finishing between ninth and 14th in the league during his spell there.

After falling out with Spurs’ French boss Jacques Santini in 2004, Taricco traded North London for East in joining West Ham United. Alan Pardew, who two years later would sign compatriots Carlos Tevez and Javier Mascherano, bagged the experienced full-back on a free transfer, a move that appeared to represent somewhat of a coup. However, it could not be foreseen that Taricco’s spell at Upton Park would last just 27 minutes after the 31-year-old Argentine defender tore his hamstring in a debut defeat away to Millwall.

Taricco offered to have his contract ripped up after the game, a move that impressed Pardew no end. “When he knew he was going to be out for so long, he felt very uncomfortable about the situation and came to me offering to terminate his contract,” the manager told West Ham’s official website. “He didn’t have to make that decision which shows that his character and personality off the pitch is far removed from the image sometimes portrayed. This is one of the most honest acts from a player that I have ever experienced in all my years in the game.”

“I came to West Ham United to be of service to the club, and I obviously won’t be able to contribute if I’m having treatment for over two months,” remarked Taricco, who soon confirmed his retirement from professional football.

Between 2005 and 2009 Taricco bizarrely spent four years in Italy’s lower leagues with A.S. Villasimius before retiring for a second time. He moved into coaching, becoming Gus Poyet’s assistant at Brighton & Hove Albion. The two men, from neighbouring Argentina and Uruguay, met whilst playing for Spurs and struck up a friendship and working relationship that exists to this day.

Six years after his last professional appearance resulted in a torn hamstring, the 37-year-old assistant manager featured in a Brighton side facing non-league Woking in an FA Cup replay. In a debut almost as disastrous as his West Ham bow, Taricco set a great example to his players by receiving two yellow cards, the second for dissent, and being given his marching orders.

In October 2011 Taricco retired for a third time due to an inability, not surprisingly at 38, to cope with the rigours of professional football. Taricco and Poyet signed five-year contracts with Brighton and looked ahead to a bright future strictly on the dugout side of the white line. However, just the following month Taricco appeared once again, picking up another red card for dissent in a defeat to Southampton.

The Argentine retired for the fourth and final time following the Saints clash and since then has remained Poyet’s trusty sidekick, following the Uruguayan to Sunderland in 2013 and subsequently to Greece, Spain, and China, with AEK Athens, Real Betis and Shanghai Shenhua respectively.

Although Taricco is far from the most high-profile of Argentines to have graced the English game, he bravely made the move as a young man when being South American in the Premier League wasn’t the normality it is today. A solid and popular player who forged a decade-long career with Ipswich and Spurs, Taricco bizarrely retired four times before becoming an assistant manager, a role he enjoys to this day.

In Case You Missed It…..