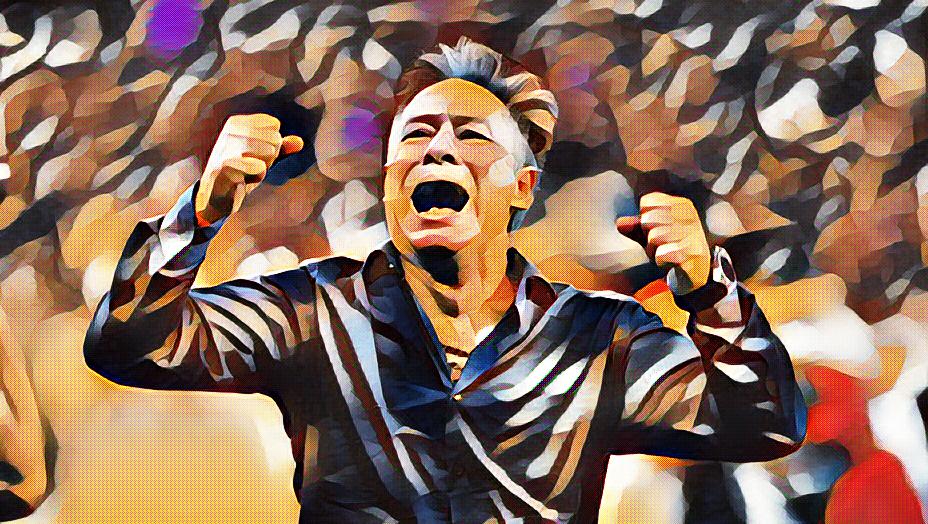 Independiente are one of the most successful South American football teams winning a record 7 Copa Libertadores titles, the South American equivalent of the Champions League. However, most of these titles were won in the 80’s and their continental dominance has become a thing of the past. Independiente even got relegated back in 2013 but a man that goes by the name of Ariel Holan has brought glory, pride and excitement back to Independiente. Meet Ariel Holan, Independiente’s successful hockey coach.

Ariel Holan is a relatively unknown name in the world of football but his recent Copa Sudamericana win has brought some attention to his name. The 57-year old has only been in the game since 2003 when he made the switch from Hockey to Football. One of the most leading figures in Argentine hockey, Luis Ciancia, asked Holan to start coaching the B team of Lomas Athletic at the age of 16. Lomas Athletic was one of the best and biggest hockey teams in women’s hockey at the time. Holan then proceeded to win back-to-back titles with the first team in 1996 and 1997. It was the confirmation of Holan’s tactical capabilities that would be visible in football 20 years later.

6 years later, Holan made the switch to football from hockey. He was invited by Jorge Burruchaga to become his assistant at Arsenal de Sarandi in Argentina. Ariel Holan spends the next 11 years of his early football career at different clubs filling multiple jobs. He promoted River Plate back to the first division in 2012, but his most successful stint was a year later, at Banfield. He was the assistant to Jorge Almeyda, current Club America’s head coach. Banfield only lost 5 out of their 38 games under the guidance of Almeyda and Holan, which brought them back to the highest level in Argentina.  Two years later, Defensa Y Justicia announced Holan as their new head coach. It was his first time being in charge of his own team since he switched career paths.

He only lasted one season in charge of Defensa y Justicia but managed to achieve something historic with Hálcon: Defensa finished in 8th place and qualified for the Copa Sudamericana, the South American equivalent of the Europa League. It was a remarkable achievement with a team consisting mostly of loanees playing in a league existing out of a staggering 30 teams. A poor run towards the end of the season with Defensa winning just 1 in 11 saw Holan resigning from his role as head coach. It was a bitter end to a relatively exciting season. Holan’s vision and approach to the game resulted in attractive football with Holan getting the absolute most out of hos players. Fabián Bordagaray, the at-the-time 29-year-old winger, had a pretty quiet career before he left Venezuelan side Caracas for Defensa. The veteran winger scored 9 goals and assisted on 5 occasions resulting in a transfer to Rosario Central. It showcased once again that Ariel Holan can get the most out of his players and his team as a whole, just like he did in his hockey career.

A new opportunity arose as Independiente’s manager, Gabriel Milito – brother of Diego – resigned from his post. Ariel Holan joined El Rojo halfway in the season but only lost one of his 16 remaining games. An exceptional run with some great displays brought hope back to the hinchas of Independiente. Hope to become the best team in South America again. Ariel lost his best player, Emiliano Rigoni, to Zenit St. Petersburg but another youngster stood up. Ezequiel Barco has been Independiente’s most impressive player this season at the age of just 18. The electric and tricky winger has shown remarkable talent under the guidance of Holan and will soon make a move abroad. Again, it’s not a coincidence that Barco and Rigoni stood out at Independiente. Ariel Holan has the ability to get the most out of them giving them freedom and faith to show their talent.

It proved to be a successful year for both Barco and Holan. The domestic league has just reached it halfway point in real life but Independiente’s main success has been on the continental stage. The former hockey coach guided Independiente to the Copa Sudamericana title in just his second season in charge. It was their first title in 7 years and Ariel’s first ever success in a continental competition. It was, and still is, Ariel’s 3rd season filling the role of head coach in football and he already has reached great heights. The hinchas of Independiente finally saw a glimpse of their successful side in the 80’s and were filled with pride once El Rojo lifted the Copa Sudamericana trophy. Independiente currently sits in 6th place, losing just two out of their opening 11 games. They’ve also got a game in hand and will try to push for the title in the second half of the season. Holan still has to decide whether he wants to continue as Independiente coach or not but he has laid a sustainable foundation for the future. Independiente will face Gremio next year in the South American Super Cup, to determine the champions of South America. A chance for Holan to add another trophy to his career if he decides to stay on as their manager.

Hockey is played with a ball, with 22 players and with two goals, but there aren’t many other similarities between the two sports. Despite all of this hockey still has had, and does have an impact on the sport. Ariel Holan isn’t the first coach to switch career paths and take his hockey experience with him. One country, in particular, has been innovative in that area and you won’t be surprised when you hear it’s the Netherlands. Their women National Team is the most successful in the sport’s history and more coaches have made the step to football. Louis van Gaal, one of the best coaches tactically, is a firm believer of the influence from hockey. His staff in the 2010 World Cup, where he guided the Netherlands to the 3rd place, had two former hockey players in it. It ironically also was the first World Cup where the officials used goal-line technology, which of course,  had already been integrated into Hockey several years ago.

Again, it came to no surprise when FIFA announced Marco van Basten, one of the greatest attackers of all time, as their Chief Officer for Technical Development. San Marco had been one of the most prominent figures in world football and has openly spoken about his wish to develop the sport. He stated the following after his appointment:

“Football is spectacular and it has to stay spectacular in every sense. We all love this sport. That’s why I will work hard to develop football technically in the way that our sport will give to the fans and the players always emotions and joy.”

Some of his radical wishes created some controversy under many lovers for the sport. He opted for abolishing the offside-rule, using a shoot-out instead of extra-time & penalties and replacing the yellow card for a limited time penalty, among others. It’s an entirely different topic whether these rules will actually help the sport but it’s clear that football is looking to improve itself by taking a look at Hockey.

Quite recently, in November 2017, the so-called Avant Garde Cup took place in the Netherlands. some of these progressive rules were tested under the guidance of an official referee in a game between lower league sides FC Lisse and Quick Boys. Three particular rules were tested that night:

Marco van Basten attended the game himself and was pleasantly surprised with the results of this test. It was a high-scoring affair which ended in a 4-3 victory for Quick Boys. Van Basten stated that the self-pass definitely improved the pace of the game but he also admitted that there need to be a lot more testing before it could actually be implemented into the game.

All in all, it’s clear that hockey is having its impact on the game with the debate still open if it’s for better or worse. Ariel Holan is one of the coaches who brought his hockey experience to the game and has enjoyed his relatively young managerial career in the world of football. He’s brought glory back to Independiente and offers hope for other coaches itching to make the switch. And who knows, the next Guardiola may have his roots in football’s counterpart.