Yes this is the same Arsenal you and I know. It seems Wenger has a change in transfer ideology. It is highly likely a deal occurs and Arsenal have already met the player’s father and agent in hopes of reaching an agreement.

The €50 million is split as follows: Borussia Monchengladbach will receive €43m for the transfer fee, €5m signing on fee for Xhaka to enjoy, and a further €2.3m payable to the midfielder’s agent. The money doesn’t end there, Arsenal are preparing a wage worth  €8m.

Xhaka has mentioned his desire to play in the Premier League on numerous occasions. It seems like there is a mutual desire hence why Bild predict a 80% chance of the deal going through.

Xhaka already showcases that he has the attributes of becoming the ideal midfielder. He has exceptional  passing ability which varies to suit the tempo. He has been compared to German international Bastian Schweinsteiger. Additionally his pinpoint long diagonal balls have given him comparison to  Xabi Alonso.

Xhaka is a natural leader who always demands the ball, while his tackling has notably improved over time. However, he is not the fastest midfielder and tracking back is not always possible. This  will be a disadvantage in the Premier League as counter attacks and  quick link up play occurs in most teams.

Xhaka is also generally experienced for a 23-year-old: He has 39 Switzerland caps to his name, four of which he received from a decent World Cup in Brazil. Euro 2016 will be a crucial time for Xhaka to illustrate his importance in the Swiss side which will exceed that of Inler.
Xhaka’s unfortunate style of play is one of recklessness and a bit of a temper, which is undoubtedly his most significant weakness. He usually pick up a significant amount of yellow cards – 32 in his last 73 Bundesliga fixtures – and has been sent off for two bookable offences on four occasions. This can only worsen with the physicality and often aggression of the Premier league. Xhaka will need to settle down  and let his ability do the work if he is to succeed at Arsenal. 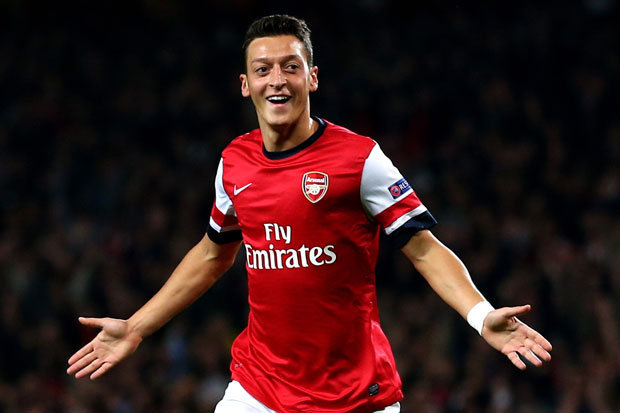 Wenger and Ozil clash: one believes in winning the title, the second says we screwed up

Is Gabriel Plotting Revenge to Diego Costa? Player Speaks Out on Today’s Match