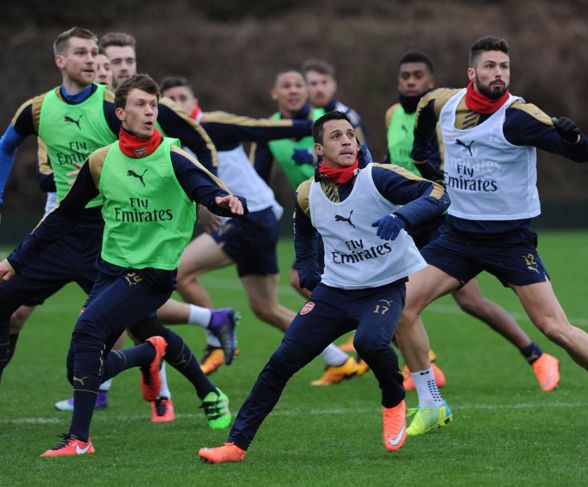 Posted in Arsenal, Newsnow Feed By By Far The Greatest TeamPosted on February 20, 2016January 19, 2017Tagged Arsenal

Current champions Arsenal will take on Hull City for the third consecutive edition of FA Cup. The fifth-round tie will be played at Emirates Stadium on Saturday.

The Gunners have defeated the Tigers during the past two seasons and will be looking forward to repeating the feat once more this season. Arsene Wenger’s one eye will be on Tuesday’s Champions League tie with Barcelona so expect him to rest some of the key Arsenal players.

Laurent Koscielny is expected to be fit for the tie while Gabriel is still a week away from full fitness. Jack Wilshere and Santo Cazorla are still put.

Wenger said: “Koscielny will be available. He has a test today, but it will be positive. He[Gabriel] is running outside. He is out for Saturday. I believe one more week. He started running yesterday but one more week [is needed].”

David Ospina will replace Petr Cech in the cup tie. When asked whether he will rest Petr Cech, Wenger said: “Petr Cech it is possible yes, because Ospina plays in the FA Cup and [Cech] will not be involved.”

Wenger is unlikely to risk Koscielny so expect a centre-back pairing of Per Mertesacker and Callum Chambers. Hector Bellerin will feature in the right-back position, and Kieran Gibbs is expected to play as a left-back.

Arsene Wenger confirmed in his press conference that January signing Mohamed Elneny will start in the game.

He said: “Elneny is fit. He is one of the players who could get a run [out] there. He’s mobile; he’s a very good player. He’s adapting at the moment, and I think he’s there now. We’ll certainly see him against Hull. He has a chance to start.”

Mathieu Flamini could start next to the Egyptian in the centre of the midfield. Youngster Alex Iwobi was impressive in the FA Cup victory over Burnley in the last round, and he could feature in the number ten role on Saturday.

Alexis Sanchez could be given an opportunity to find his goalscoring form before the Barcelona fixture. He will play on the left wing. Danny Welbeck, who scored the match-winning goal against Leicester City, could be handed his first start this season. He will lead the attacking lines for the Gunners. Joel Campbell could return to his position on the right wing.