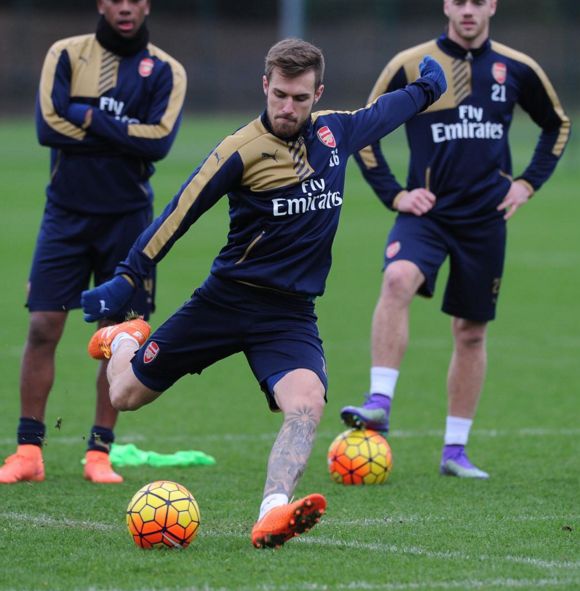 Arsenal will set out to achieve the impossible in the midweek’s Champions League fixture at Nou Camp. The Gunners lost the first leg of the last-16 tie at Emirates Stadium and will need to defeat the Catalans by at least two goals in the second leg to stand any chance of progressing to the final eight.

The North London club suffered a disappointing exit from FA Cup at the hands of Watford on Sunday, and Arsene Wenger will be looking for the reaction from his players on Sunday. Meanwhile, Barcelona warmed up with a 6-0 thrashing of Getafe on the weekend.

There was a strong backlash from the Arsenal supporters following the Sunday’s performance, and another below-par performance could really escalate the frustrations among the fans.

However, the odds are highly stacked in favour of Barcelona. The Gunners have bowed out to the La Liga giants on the previous three occasions these clubs have faced each other in the knockout stages of the competition.

The Gunners have failed to advance beyond the last-16 stage of the competition for last five seasons while Barcelona have won the trophy couple of times during the same period.

But, Arsene Wenger remains confident that his side is capable of achieving the impossible.

Following the defeat to Watford, he said: Wenger said: “We have shown we can respond always. I think this team has a great spirit, a very strong attitude. We have an opportunity to show on Wednesday night we are up to it. We want to make the impossible possible.”

The likes of Petr Cech, Aaron Ramsey, Jack Wilshere, Santi Cazorla and Tomas Rosicky remain sidelined with long-term injuries. Striker Danny Welbeck is expected to lead the Gunners’ attack as Olivier Giroud once again struggled with his form in the defeat to Watford.

Barcelona will be without centre-back Gerard Pique as he will be serving a suspension following his yellow card in the first leg at the Emirates Stadium.
Arsenal Predicted Lineup: Ospina; Monreal, Koscielny, Mertesacker, Bellerin; Elneny, Coquelin; Sanchez, Ozil, Campbell; Welbeck

Five Things We Learned From Arsenal vs Manchester City

Arsenal Frontman Confirms – We Signed a New Player, Could Make Arsenal Debut vs Sunderland Next Week

FA Cup Draws: Arsenal Will Meet Tigers for the Third Year in a Row, Chelsea vs Man City and more