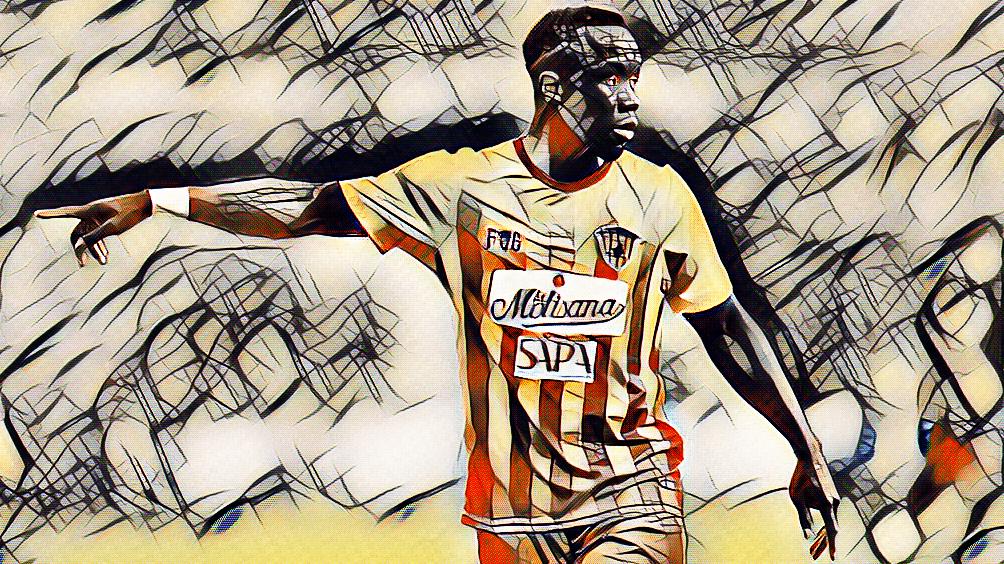 Players of today that enter the dwindling years of their career often value a final bumper pay-packet at the top of the list when searching for a new club. The MLS, in particular, has offered itself as a safe haven for many a former world-beater, becoming a common export market for the likes of Kaka, Thierry Henry and Steven Gerrard. With their legacy intact and their egos blooming, it is difficult to overlook the appeal of foreign shores where the money is good and a lack of pressure and media attention is a welcoming sight.

Bacary Sagna however, has offered his services to a more self-rewarding and honourable project in the form of Serie A strugglers Benevento. The former French international and English Premier League great signed on with the Stregoni until the end of the season.

The sole aim of the small club from Campania is to execute the perfect great escape, closing the gap with those above them and avoiding the drop. Sagna will be well aware that he has not been brought in as a luxury promotional tool to boost the club’s twitter follower count. Instead, he will be entering a scrap for points at the opposite end of the table that he has been accustomed to during an illustrious career.

In stark contrast to his time at Manchester City, Sagna will represent the underdog. His qualities will be undeniably valued more at Benevento where he has the opportunity to have a proactive impact upon their season, rather than taking up a place on the bench whilst receiving a final send-off paycheck.

A feeling of acceptance has taken hold of the game today, whereby players who have fought at the highest of levels and competed for the biggest trophies are expected to semi-retire in a less competitive league with an exuberant wage. It is an unhealthy cycle where those that seek out one final challenge at a smaller club are looked down upon as little more than former greats, desperately trying to hold onto a fruitful career of past.

However, there is something admirable about this, and with Benevento, Sagna has gone against the trend in a bid to satisfy his competitive edge. Instead of seeking a fame-induced last hoorah that so many prior to him have gone on to regret, he has taken the romantic route that will see him win plaudits for all the right reasons.

Benevento have won a mere ten points from twenty-five games during their maiden season in Italy’s top flight. Sagna has a monumental task in front of him and will be expected to offer some much-needed experience to a team that lacks Serie A acquaintance.

In terms of his legacy and image, the trip to Italy takes Sagna out of his comfort zone and provides a refreshing sense of meaning to the latter stages of a successful career.

“When football has become a business more than an actual sport, Benevento represents the heart and soul of what a club should be about,” Sagna said.

He cited Benevento’s dramatic late comeback against AC Milan in December as a driving force in his decision to join. For a player that has won major trophies, the opportunity to fight for survival proved to be too much of an attractive offer for the hungry professional inside himself. Sagna turned down offers from England, France, Turkey, the MLS and other teams in Italy in favour of Benevento.

There is a sense of unity and togetherness that relegation-threatened teams so often exude. Benevento offers exactly this for someone like Sagna, a testing but inclusive environment where you are only as good as your last game. With certain super clubs and heavily financed teams, there is often a lack of gratification, with matches feeling more like testimonials than competitive games. Sagna, reflecting on a face to face meeting with the club owner, said that he treated the club as if it were his daughter. A true sign that he has joined a project with true and honest intentions.

At Benevento, Sagna has the opportunity to etch his name into the history books and establish a new, different type of legacy under his new fan base. It is an invigorating transfer that is emulated by fewer players who are coming to the end of their playing days. However, for the thirty-five years young Bacary Sagna, it is an opportunity to retract to his footballing roots instead of the ever-present draw that is the financial side of the game.

21. History and Journalism student at the University of Stirling. Northern Irish. Glass half full Liverpool fan.