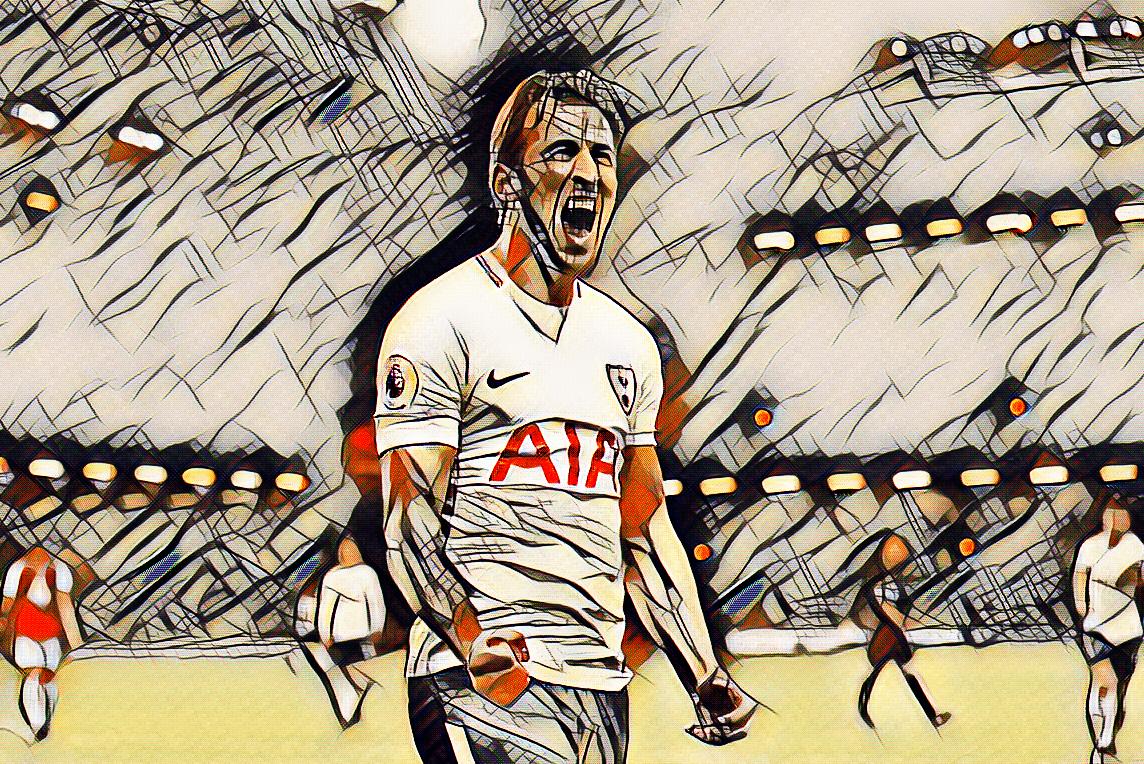 One of Their Own

“He’s one of our own, he’s one of own, Harry Kane, He’s one of own” chant the Spurs faithful. It’s true that Kane represents a rarity in modern Football, inducted into Tottenham’s youth system aged 11 he made his way through the age groups, to become a staple of the senior squad aged 20.

Born July 1993 in Walthamstow to mum Kim and dad Pat, Kane also has an older brother Charlie. Harry would go on to attend Chingford Foundation School, the same school attended by David Beckham some 20 years previous. The similarities don’t stop there, as they both turned out for Ridgeway Rovers, a grassroots team in Chingford, Spurs Youth and of course the England national team. Beckham would go on to sign Schoolboy forms with Manchester United in the summer 1989 and that’s where the symmetry between the two comes to an end, for now.

Statistically, Harry is in a very select group of youngsters, to start with a team at u12 and remain at the same club all the way to the first team. In fact, the odds of him being hit by a meteor walking home from training is statistically more likely.

Kane had played academy football before arriving at Hotspur Way as a precocious 11-year-old. He’d previously spent a whole year at arch-rivals Arsenal u9-u10 before being released and an unsuccessful 6 week trial at Watford. A testament to Kane’s character that he could be so cruelly rejected not once, but twice at such a young age and still remain dedicated to making it as a professional player. Arsene Wenger was quoted “Releasing Harry as young as 9 years old was a regrettable decision” such as the impact Kane has made in his stellar albeit short senior career to date.

Learning From The Best

Hindsight is a wonderful thing, it would be easy to look over his youth career at Spurs and suggest that Kane was always going to be the composed finisher we know and love today. Surrounded by legendary strikers such as Dimitar Berbatov, Robbie Keane, Jermain Defoe and Emmanual Adebayor, Kane would often train with the first team. Harry Redknapp first identified Kane as a stand out talent when he was just 15 years old, and often invited him into first-team training and made sure he was playing games for the u18s, giving him exposure to more developed talents.

It would prove to pay off as a loan move to Leyton Orient soon materialised and Kane was given his first taste of competitive adult football at 17 years old. The loan would prove successful of sorts, scoring 5 goals in 18 appearances.

The following season Kane would score his first competitive goal for Spurs in The Europa League vs Shamrock Rovers. Perhaps more significantly, Kane would go out on loan again, this time to Millwall. He would go on to score 7 goals in the last 14 games of the league season, securing vital wins against Peterborough, Portsmouth and Burnley for what was a season-long relegation dogfight for the lions. Harry would be named Millwall young player of the year for his efforts.

A disaster struck 2013/14 season would follow with an injury-hit spell at Norwich and frustration at Leicester, in total Kane would only make 21 appearances, 13 of those from the bench, scoring only twice. One thing I’ve learnt about Harry writing this article is resilience is one of his key attributes, along with absolute belief that he should be starting games and be contributing to his teams’ success.

Who could have known that when a 21-year-old Harry Kane stepped up and scored a free kick in the 90th minute vs Aston Villa in November 2014, he’d go on to score a further 20, equalling Teddy Sheringham’s record haul in a single season as a Spurs player, and finish just 5 goals short of winning the Golden Boot, in his first full season for Tottenham Hotspur. Harry was later quoted as saying “he achieved more in this season than he could have hoped to achieve in his entire career”. Many were left wondering where he’d come from and even more doubted he’d be able to reproduce the goods in the seasons that would follow.

Who can blame them, we’ve been treated to many a bright spark in the Premier League over the years and rarely do they ever fulfil their potential. Tom Cleverley, Jack Rodwell and Federico Macheda to name a few. The latter shot to fame when he single-handedly won the title for Manchester United, scoring a screamer against Aston Villa, coincidentally. Federico to date has scored 32 goals, in the 10 years since that stunning title winner, two less than what Kane achieved in that first season alone.

Those that predicted (perhaps hoped for) a drop off in Harry’s ability to score goals were left disappointed. 25 League goals were enough to secure the golden boot and Spurs finished 3rd, were it not for an end of season capitulation, Spurs would have surely snatched Leicester City’s famous Title win away. Kane said in an interview with Rio Ferdinand “The 1-0 loss to West Ham at a time when we were just 2pts behind Leicester hurt us, it played on our minds a lot and affected the rest of the run in, we surrendered a 2-1 lead against Arsenal the following week, and again against West Brom and finally against Chelsea” Eden Hazards 83rd minute equaliser sparked celebrations at the home of Jamie Vardy, as Leicester were confirmed as Champions of England.

Kanes 2016/17 surpassed even the most hardened of Harry’s critics. 29 Goals in 30 League Appearances secured Spurs Champions League status, although again missed out on the League title by 7pts to Chelsea. Kane would win his second consecutive Premier League Golden Boot, making him only the fifth player to do so, scoring seven in the final two games and unseating Lukaku as Everton’s first ever winner of the award. The calendar year of 2017 saw Harry Kane score 7 hat tricks, more than Messi, Ronaldo and Lewandowski combined, he would finish 2017 outscoring them all and putting himself on the radar of Europes Elite Clubs.

Moving into Kanes fourth full season with Spurs, we find ourselves in familiar territory. Kane currently sits on 24 goals for the season, with Spurs 4pts behind 2nd place Manchester United. Whilst we are far from done, Spurs look set to secure Champions League football again this year. Kane, however, is unlikely to win a hat-trick of Golden Boots through injury and the scoring prowess of Liverpool’s Egyptian Magician, Mo Salah.

Kane He Do It?

Michael Owen was the last Englishman to win the Ballon d’Or way back in 2001, he too was a stellar goalscorer, finishing his career with 163 goals. Kane has all the attributes to be considered for the greatest individual honour, he scores for fun, he works hard improving his game but more importantly, he works hard for his team. The speed at which Kane has achieved this success with Spurs is similar to Owens at Liverpool.

In little over 3 years Kane has scored 99 Premier League goals and has over 100 to his name in all competitions, so far his efforts have produced no silverware, much to the dismay of the Spurs fans. Especially as some believe his time at Spurs is coming to an end, perhaps as early as this Summer. Real Madrid may have given up on the pursuit of Kane’s signature in favour for Bayern’s Lewandowski, but Munich will need a ready-made replacement if they are to continue domestic domination, and challenge in Europe. Kane fits the mould and I personally would love to see a high profile Englishman move abroad and be successful.

If Kane were to move to Germany and continue in the same vein of form he has for the last 3 years, I don’t think there could be any doubt about his credentials as a contender for the Ballon d’Or. In fact, I’m actually of the belief he probably could have finished at least 3rd, had Spurs won some silverware. Nobody was going to a beat a Champions League winning Ronaldo, but had Kane gone into the ballot with a Premier League and FA Cup medal around his neck, I’m certain he would have been on the podium, instead of a 10th placed also-ran.

Should Spurs somehow manage to keep Harry and continue to be the bridesmaid and never the bride, I fear the same could be true for Kane. Ballon d’Or winners are almost always League Title, Champions League or World Cup Winners in the same year. Kane doesn’t win if Spurs don’t win too, for that reason a move away from White Hart Lane would appear to be almost certain. Especially when playing in a league that looks set to be dominated by Pep Guardiola’s Manchester City, for some seasons to come.

Perhaps Kane isn’t as ambitious or as petulant as Neymar to force a move in a bid to win The Best Player in The World Award, after all, it’s his introverted nature that has turned Real Madrid off. I find it hard to believe that Harry, for all his trials and tribulations would happily settle as just being the best player in the country. Can he really drag Spurs all the way to a Premier League Title? Would a move to Munich make him that much more credible?

As always thanks for reading, you can follow me on twitter @darrenbutler87 and @byfarblog for more articles and opinions on the beautiful game.