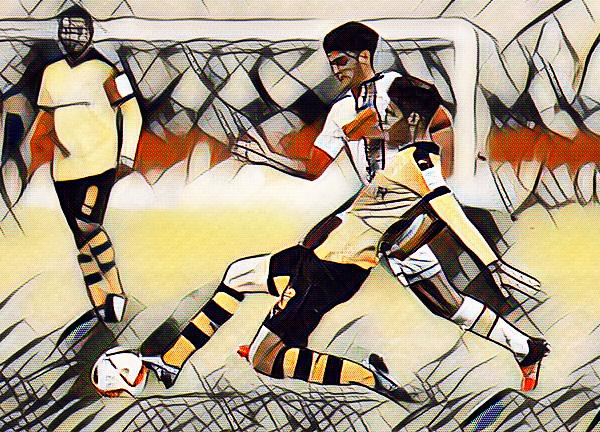 On March 30, 2017, German clubs Borussia Dortmund and Borussia Mönchengladbach announced that an agreement had been reached over the transfer of Mahmoud Dahoud. The 21-year-old central midfielder has been a sensation for Mönchengladbach for the past two seasons, having made his Bundesliga debut against Dortmund in April of 2015. With the arrival of Dahoud at Signal Iduna Park, fans will be wondering what his impact on the Dortmund first team will be in the short (and long) term. Julian Weigl is the current star man in BVB’s midfield at only 21 as well, and the addition of Dahoud isn’t likely to force him out of his deep-lying playmaking role. The two wonder kids are some of the hottest commodities in world football, so a midfield comprised of the two has the potential to take the world by storm.

Currently in the Champions League quarter-finals, the yellow and black Borussia Dortmund are certainly performing at a top level. They’ve also played well in a Bundesliga dominated by Bayern Munich. Young stars Ousmane Dembèlè (19), Christian Pulisic (18), Raphaël Guerreiro (23), and Matthias Ginter (23) have all made a huge impact in the first team this season. Not only does this show head coach Thomas Tuchel’s strong youth policy, but also the environment at Dortmund that’s conducive to player development. Julian Weigl is probably the hottest commodity in a Dortmund team stacked with star players, and Mahmoud Dahoud has the potential to be just as sought-after, if not more. 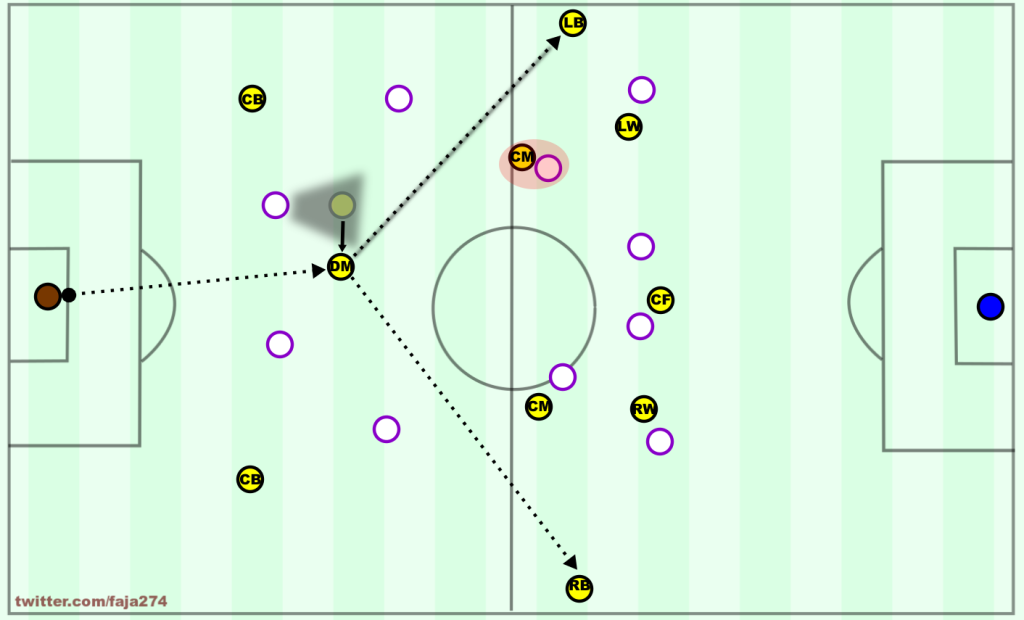 Mahmoud Dahoud was born in the northern part of Syria in 1996, close to the Turkish border. That same year, his parents decided to flee the country to Germany due to the Assad regime being in power. Growing up in Germany, Dahoud was a part of multiple youth teams before joining Mönchengladbach at age 14. A thigh injury kept him out of contention for the club after he made his first-team debut in the Europa League during the summer of 2014, but he rebounded the following season as a full-fledged starter for the western German side.

Dahoud is an extremely hard-working midfielder capable of playing a variety of roles down the middle of the park. While his precise passing is the most notable of his great traits, while his knowledge of tracking back to defend coupled with his longshot ability and positional awareness makes Mahmoud one of the Bundesliga’s most exciting young talents. His well-rounded playing style lends itself to success in many German tactics, Dortmund’s included. If Dahoud has been playing this well for an average Mönchengladbach, imagine how supreme his skills will be for BVB.

Julian Weigl has been one of the most sought-after German talents in recent years, and one look at him on the pitch will tell you why. He was born to play the number six role, a role that Tuchel uses as a focal point for his tactics. Whether it’s two or three at the back, Weigl sits in front of the defence and provides passing options when the defenders come under pressure. When he receives the ball, his vision and awareness result in an accurate pass out to a marauding full-back or a forthcoming midfielder. Castro and Götze provide good attacking options in the midfield, but put pressure on Weigl to defend more. With Dahoud on his side, Julian Weigl won’t need to worry about tracking back as much.

Julian Weigl has appeared in 26 Bundesliga matches this season; he’s one of Dortmund’s most important players. You’d usually see young players being afforded playing time at low-risk positions, such as full-back or attack, but Weigl has been placed in the deep-lying #6 role for one of the league’s top clubs. Tuchel’s faith in him has been rewarded. Big time. Weigl completes almost 70 passes per game at an over 90% success rate. Bayern München’s Spanish star Thiago is the only midfielder in the league with a higher success rate. From a role that places him right in front of the back line, Weigl completes a key pass nearly every other match. What does this mean? He’s the pass before the assist. The cog in the larger mechanical setup that is Borussia Dortmund.

Watching Dortmund’s Champions League campaign this year will show you just why Weigl is the key man, despite not registering an assist in the Bundesliga or CL. He isn’t just playing balls over the top to Aubameyang or through-balls to wingers running through channels. Julian Weigl is great at passing lofted balls to sprinting wing-backs who go through to make crosses, or linking the defence and midfield together in an efficient and effective manner.

Weigl is linking this unit so strong, it's brilliant.
Dembélé should work on his link-ups.#passmap #BVB pic.twitter.com/JSmh9MYYLE

Julian Wiegl is Dortmund’s heartbeat; Mahmoud Dahoud is Mönchengladbach’s engine. He usually drops deep to retrieve the ball from Gladbach’s back line before dribbling forward to create chances down the middle or on the wing. His dribbling is the main characteristic that differentiates him from Weigl, one that will allow him to take on a box-to-box mentality in the Dortmund lineup. Although Weigl will sit in front of the back line, Dahoud will start centrally and move behind Weigl to start attacks and run past him to join the attacking presence. Think of Weigl as a sniper: solitary, focused, and deep-range-minded. Dahoud will be the on-foot soldier: mobile, quick, agile.

Dortmund’s purchase of a player who was being pursued by big-name English clubs not only shows the club’s market power, but also its ambition. Dahoud is quickly making a name for himself as one of the world’s best young midfielders, while Weigl has arguably already claimed the title of world’s best young defensive midfielder. Some may say it’s risky or unheard of to play a midfield of two 21-year-olds, but I think these two prospects have the potential to light up German football not only in the future, but in the upcoming season.