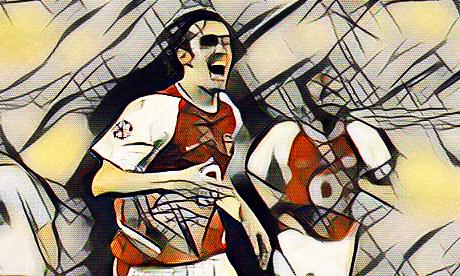 With Samba stars such as Philippe Coutinho, Roberto Firmino, Fernandinho and Gabriel Jesus lighting up the Premier League, it is clear that Brazilian players can come to England and enjoy success, even if the climate is somewhat different to what it is in South America. For all the quality of the aforementioned names, there have also been those who have had a torrid time adjusting to the English game.

Recently sentenced to nine years in prison for sexual assault, Robinho’s career has dropped to an almighty low. After the takeover of Manchester City by the Abu Dhabi United Group, Robinho was the marquee signing to illustrate how City were becoming a force to be reckoned with after their injection of cash.

Signed for just under £33 million in 2008, Robinho was unveiled by Mark Hughes, as City beat off competition to bring the Brazilian to Manchester after a race with Chelsea to secure his services from Real Madrid. Alongside, fellow Brazilians Jo and Elano, it looked like City were a side in transformation, suddenly able to attract big names. Geovanni had also featured for City, only playing 19 times before moving onto Hull.

However, after finishing his first season as top scorer with 14 goals, Robinho was a total flop in his second season, as injuries and sulkiness curtailed his campaign to just 12 appearances and a single goal against Scunthorpe in the FA Cup. Given the expectations, Robinho’s spell at City was hugely anti-climactic and fizzled out dramatically.

Far more fruitful were the likes of Gilberto Silva and Edu, part of Arsenal’s golden noughties era with Edu becoming the first Brazilian to win the Premier League after the 2001-02 triumph. As for Gilberto, he was ever-present during the Invincibles season, and scored 24 goals in total in North London, despite often being defensive. He also had the honour of scoring Arsenal’s first ever goal in a competitive match at The Emirates following the move from Highbury.

Oscar will go down as a two-time Premier League champion, despite leaving half way through the 2016-17 campaign, and in 131 Premier League appearances, was victorious in 76 of them, scoring 21 and assisting 19 in the process. Stamford Bridge has accommodated other Brazilians who were all part of trophy-winning sides. Indeed, Ramires, Julliano Belleti and Alex all contributed to success at the Bridge, as have current stars David Luiz and Willian.

Voted the club’s best-ever player in 2007 after a fan’s poll, Juninho enjoyed two spells with Middlesbrough, scoring the only goal of the game as Boro won the first-leg of the league cup semi-final 1-0 at Highbury in 2004. The Teesiders went on to beat Bolton 2-1 in the final, the club’s first major honour with Juninho the showpiece of the side.

While Kleberson was widely regarded as a major flop at Old Trafford, Anderson paradoxically played a grand total of 181 times under Sir Alex Ferguson, scoring a penalty in the victorious 2008 Champions League final shootout versus Chelsea, without ever being considered a great player. Yet Ferguson revealed in his autobiography that Anderson was integral to his squad, despite having a language barrier.

‘‘Because he’s Brazilian, he brought incredible self-belief to the job. Brazilians think they can play against anybody,’’ said Ferguson, who also managed twin full-backs Fabio and Rafael at Old Trafford.

Even if they may believe they are invincible, sometimes it can end up completely pear-shaped. Signed for Leeds United in 2003, having won the World Cup with Brazil, Roque Junior is probably the West Yorkshire side’s most calamitous signing ever. During the season in which Leeds were relegated from the top-flight, the centre-back featured just seven times, losing six of them, being booked four times and sent-off once for good measure.

Alex Pato and Paulinho never cut it at Chelsea and Tottenham, despite coming with big reputations, as Brazilian players always tend to do. Lucas Leiva was far more long-term at Liverpool, playing over the course of a decade at Anfield, racking up nearly 250 games alongside players such as Steven Gerrard and Xabi Alonso.

Both Julio Baptista and Sandro were known as ‘the beast’ during spells at their respective North London clubs, but it is safe to say both will not go down in folklore. Sandro went on to play for QPR and on loan at West Brom after his time at White Hart Lane, but he never settled at either club, and now plays in Turkey for Antalyaspor.

There have been some sublime and some ridiculous, but it is clear that Brazilians are usually entertaining, and have played their part in Premier League history.

In terms of the former, in Coutinho, Liverpool possess a world-class talent who has been heavily linked with Barcelona. The attacking midfielder certainly would not look out of place at the Nou Camp, a testament to his flair and incredible ability.