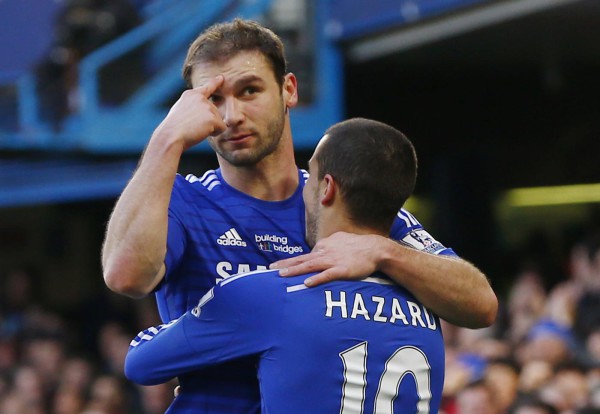 Posted in Chelsea, Newsnow Feed By By Far The Greatest TeamPosted on January 15, 2016January 25, 2017Tagged Chelsea

Chelsea are confident of convincing defender Branislav Ivanovic to sign a contract extension, according to the reports. The negotiations had recently hit a roadblock after the disagreement between the two parties over the duration of the new contract.

The Blues had offered a one-year deal with an option of another keeping in mind their policy of offering only one-year extensions to players over 30 while the 31-year old was adamant on a two-year deal.

Now The Telegraph are reporting that the Blues are confident that an agreement will soon be reached with the Serbian.

Ivanovic suffered a dip in his form earlier this season, but still managed to make 20 appearances for the club. He has won every major trophy with the club during his ten-year stay at Stamford Bridge.

His current deal with the club ends in the summers, and his contract situation has attracted the interests of the likes of Galatasaray and Inter Milan in his services.

But now it seems likes he will be staying in London for foreseeable future.