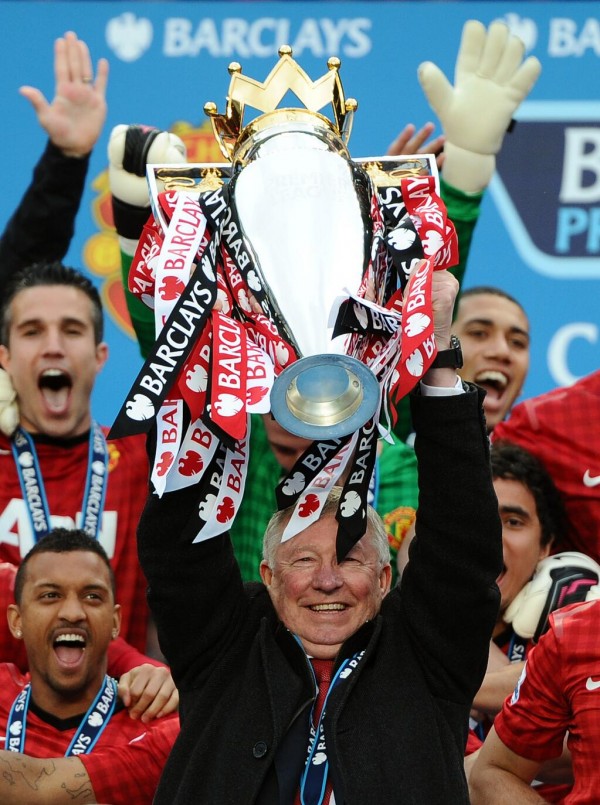 Sir Alex Ferguson lifts the Premier League trophy back in May

Man Utd legend and former manager Sir Alex Ferguson has been linked with a return to the club, though in a limited capacity.

The Sunday People report that Sir Alex has no desire of once again taking over the reins of the club if current manager Louis Van Gaal gets the sack.

However, he is willing to advise Ryan Giggs from behind the scenes in an advisory capacity.

The report implies that Ryan Giggs would be the club’s preferred choice to replace Van Gaal. According to the latest reports, the Dutchman’s job is hanging by a thread and a failure to defeat Liverpool today could see him getting the sack.

Giggs has worked as an assistant to David Moyes and Van Gaal and has been touted as the future United manager. He took charge of the team during the later stages of the 2013-14 season following the sacking of David Moyes.