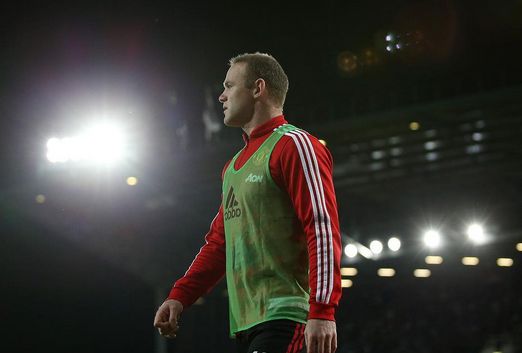 Manchester United manager, Louis Van Gaal has revealed that his captain Wayne Rooney would have to settle for a deeper role as no player on his team has a stable position, admitting that the emergence of Marcus Rashford as his first choice center forward based on current form is playing a huge role in this decision.

The Red Devils beat Crystal Palace at Old Trafford by a 2-0 score line on Wednesday night, thanks to a man of the match performance from United’s right back Matteo Darmian as he provided the cross that led Damien Delaney’s own goal and came up with a superb half volley of his own that went in off the upright.

After the game Louis Van Gaal hinted that Wayne Rooney should get used to playing a deeper midfield role.

He said: “Rooney again was the player who switched the play and I like that very much. No player has a fixed position, I use the players where I think they can give a higher contribution in a particular game. It was a midfield role tonight because of the way Crystal Palace were playing. I don’t want to change [Marcus] Rashford as a striker. We have to look for another position for Wayne. He did that last year (midfield) so it is not something new to me. I am very happy with the way he performed”.

Van Gaal also admitted that he had been surprised by Matteo’s shooting in training. “Darmian was surprising me on Monday in the training session,” he said.

“We did a sort of finishing session and he was the top scorer in that time, and we tried to exercise with his left and right foot and he did it also with his left foot, like he did. I am very happy”, said the Dutch coach.