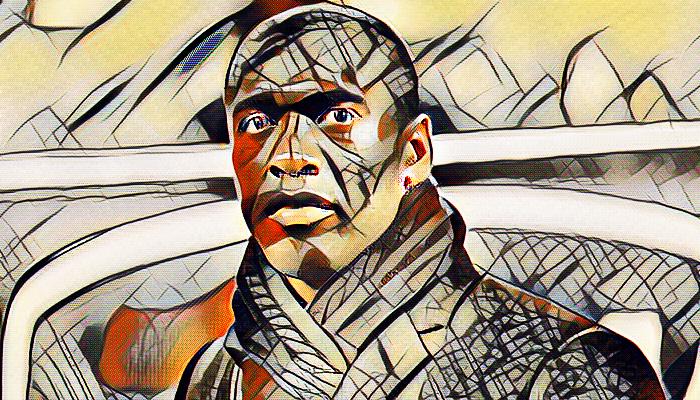 Not many people would argue with the first three adjectives when describing Clarence Seedorf. One of the most intelligent footballers of his generation, the former Ajax, Real Madrid and AC Milan midfielder won almost every trophy there is at club level, and is still the only player to win a Champions League with three different clubs. So why then, would a man with intellect that would put MENSA to shame, choose to manage Deportivo La Coruña, a club almost destined for relegation?

Not so long ago, Seedorf was rumoured to wash up on British shores and take over the Oldham job. But, he wasn’t convinced by the job (can’t imagine why), instead he took over Brazilian side Atletico Paranaense, until that arrangement broke down too. His most recent job was with second-tier Chinese side, Shenzhen F.C, back in 2016. He failed to get the team promoted, and was succeeded by none other than Sven-Goran Eriksson. No wonder Seedorf needed time to recover after being replaced by Sven.

It seems even more bizarre then, that such a hard-to-impress manager would take on one of the least attractive jobs in Europe. Deportivo sit 19th  in La Liga, three points from safety and four points ahead of the only club in an even bigger crisis, Malaga. It would be harsh to say the move has an air of desperation in terms of getting back into the game, but Seedorf is certainly a manager with a point to prove.

At AC Milan, Seedorf arguably did a very respectable job considering the state of the club at that point, and when compared to other managers at the time. He managed 11 wins in 19 games, the fourth best win percentage in Serie A at the time and far better than the likes of Philippo Inzaghi and Christian Brocchi.

A dangerous combination of sophisticated but outspoken, Seedorf annoyed Milan’s top dogs and players by bluntly telling them the team was going nowhere unless they changed the ethos of the club. Needless to say, good old Silvio was set in his ways after 31 years and Seedorf’s influence was limited at the club. Berlusconi’s tenure towards the end was akin to the old phrase, a bull in a china shop. Smashing through managerial reputations, tearing through teams that didn’t perform well, and generally causing chaos. But, despite the carnage, it’s the octogenarian bull that’s in charge, and it would take a very brave shop owner to tell it otherwise.

Despite most Milan fans being glad to see the back of Berlusconi, his comedy-factor will always be missed, and more importantly, always gave me something to write about.

Seedorf becomes Deportivo’s third manager this season after Pepe Mel and Cristobal Parralo. Since being a strong Champions League side little over a decade ago, they have fallen spectacularly since. Deportivo fit in nicely (or horribly, depending on your view) into the correlation of a big club going through a tough period, coupled with financial instability. The club have had to reel in player wages in a big way, and distance themselves from relying on sceptical loans arranged by their previous president.

To put it kindly, Seedorf is one brave Dutchman for taking on the challenge. Deportivo have the worst defence in La Liga with 51 conceded. Some of that may have to do with the fact they lost 7-1 to Real Madrid and 5-0 to Real Sociedad in the past three weeks.

However, Seedorf could barely have asked for a better fixture list as he begins his new role. Deportivo’s next seven games are against Real Betis, Alaves, Espanyol, Getafe, Eibar, Girona and Las Palmas. To say they could win all of those fixtures would be at best, optimistic, and at worst, delusional. But, it is certainly realistic to say that this is Seedorf’s best chance at putting together a run of form which could lift them out of the relegation zone, and instantly justify his appointment to the fans. The flip side, of course, is that if Deportivo fail to win at least three of those games, they will be firm favourites to join Malaga in the second-tier next season.