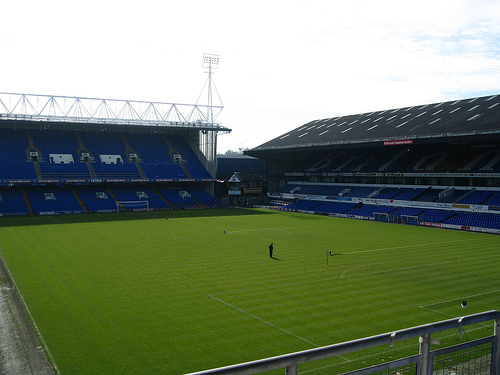 During the 2014-15 season, Mick McCarthy’s Ipswich almost achieved an automatic promotion from the Championship but were forced to settle for a place in the playoffs. Much of this was down to the 27 league goals of the now-departed striker Daryl Murphy. Times have changed since then, and even more money has filtered down into the English second tier, but Ipswich Town still linger in and around the top six in 2017-18 after an impressive third opening in the season.

Recent back-to-back wins against Burton and Preston has the Suffolk club right in contention, despite a vocal section of Ipswich supporters growing tired with McCarthy’s regimented, pragmatic style of football. And the Town’s success so far this season has been based on their ability to brush aside the sides in the lower reaches of the division. Against sides in the upper echelons, they have not fared so well, which is why bookmakers have them priced at 150/1 outsiders for the title.

The former Wolves, Sunderland and Republic of Ireland boss has been at the Portman Road helm for more than five years now, making him one of the longest-serving managers in the EFL. But it’s Ipswich’s stagnation in the Championship for 17 years that has been one of the main reasons why supporters are frustrated; and that disappointment has tended to boil over in the direction of McCarthy, despite working magic with one of the smallest budgets in the division.

It must be said that The Tractor Boys have found themselves a point off in the playoffs, despite having a number of first-choice midfielders sidelined since the start of the campaign. Although Welsh international Emyr Huws joined in the summer from Cardiff City, an Achilles problem has meant he has not yet been able to make a first-team appearance as a fully-fledged Ipswich Town player. Tom Adeyemi has also endured a stop-start opening to the season, too, thanks to a hamstring injury and illness, respectively, while homegrown talent Teddy Bishop is still yet to return to full fitness after an injury/hit, 18-month period on the treatment table.

On a positive note, McCarthy appears to have a more even spread of firepower this season, rather than being heavily reliant on one striker for goals. In fact, the Town’s front men: Joe Garner, Martyn Waghorn, David McGoldrick and Bersant Celina have scored 25 goals between them already this season, which is a stark contrast to the overreliance on Daryl Murphy for his 27 that fired the Suffolk side into the promotion mix three seasons ago.

On-loan Manchester City winger, Bersant Celina could be an ace up McCarthy’s sleeve as the season progresses. The Kosovan has taken his time to settle and buy into McCarthy’s ethos, but his direct, unpredictable style is beginning to cause havoc for the championship fullbacks much like Tom Lawrence did for the Town to a good effect on loan from Leicester last term.

If McCarthy can get the spine of his midfield back to provide better protection for the back four and the attacking quartet continue to find the net, there’s no reason why Ipswich cannot upset the applecart once again and defy the bookmakers with a playoff finish. Few teams will relish the long trip to East Anglia between now and May. In the meantime, a tricky run of fixtures looms in November and December with trips to Aston Villa and Derby, most notably in the offing, and if they can come through those tests unscathed, the second half of the campaign could be an exciting one yet.