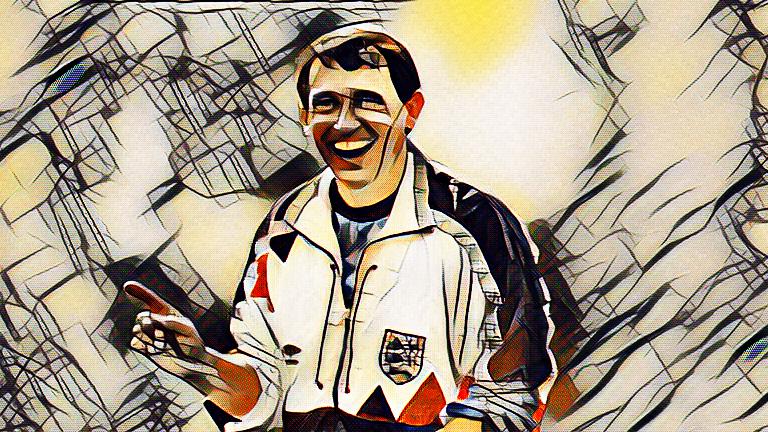 Part one of ten

It was the football documentary which raised the bar. As every mockumentary is measured against Spinal Tap then the Graham Taylor programme is the gold standard in the sports category.

Few could quite believe what they were watching and for some, they were quite surprised by the language used. Not bad language but just some odd phrases to voice displeasure at what he was witnessing himself. Two of which have become phrases commonly used, albeit in humour rather than reverence.

Such is the myth which has steadily built up over this programme that many believe it was called Do I Not Like That (the title of the subsequent video), rather than the official title, An Impossible Job.

Italia ’90 saw England reach a Semi-Final for the first time since they won the competition back in 1966. Bobby Robson’s contract was not renewed so he flounced off to win Eredivisie titles with PSV. The FA chose Watford’s Graham Taylor as his successor.

Taylor became the youngest manager in the league when he took charge of Lincoln City at the age of twenty eight in 1972. He lead them to the Fourth Division title and then earned a job as manager of Watford in 1977. Within five years he had lead them to the First Division where they finished second in their first season there. In 1984 they were runners-up to Everton in the FA Cup and were losing Semi-Finalists three years later.

Some argued he was the most suitable candidate for the England job. Others were less certain, pointing out he’d never won a major trophy and had no top-flight playing experience. The other major concern over him was the style of football his teams operated. During the period when English clubs were banned from European competition, many believed the standard of football had regressed, other than the exciting Liverpool and Everton sides. Taylor adopted a long-ball game which consisted of lumping the ball up from the back for a big striker to cause problems in the opposing penalty area nodding down for more mobile attackers and midfield players to pounce.

In my article about John Sitton I mentioned how there were so few documentaries similar to this.  Back then we were never allowed the luxury of sitting alongside a manager and seeing how his emotions can change during a match, and what he would be feeling and thinking off camera.

These were days before media had taken such a stranglehold over the game. Some managers were rarely seen in front of the camera and when they were it was on their terms rather than they were contractually obligated to. However the England job, in particular, was becoming one which the media had developed an almost irrational reaction towards.

If you’re not a fan of Taylor, or believe he was unsuitable for ‘the biggest job in football’, you would’ve seen the footage as proof he was out of his depth, odd, mad, tactically naïve, uninspiring and unqualified for the position. Yet there was little doubt he was able to galvanise players and teams as his record at club level evidence.

My own view, which I held at the time and since, is he was very good at making average players into better ones. He had little to offer players who were already good.

The documentary is a strange one from a media point of view. It has emerged Taylor was keen about it as he wanted to show the difference between club and international management, and particularly highlight the media’s judgement of both. Taylor received fearful abuse from the written media, much of it uncalled for, but he largely encourages it with this programme. Many in the public eye down the years have attempted to dictate and direct the wave of media attention and it could be a measure of Taylor’s self-belief, he felt this would lead to the public mood moving in his favour. Unfortunately it didn’t and this wasn’t just down to results either.

From the moment of his appointment Taylor came across as quite prickly. Whether he was agitated by the criticism of his perceived lack of qualification or not, he seemed to be on the defensive in more ways than one. Under his tutelage England went from the best four in the world to a side which lacked any real conviction, confidence and quality.

The FA initially gave their backing for the filming until the crucial World Cup qualifier in the Netherlands where Taylor, by now focussed on making sure the film-makers had enough material, smuggled the cameramen into the stadium where the touchline footage was gold. Comedy gold for some.

Those following the England team within the written media had no idea filming was being done and this also helped the programmes authenticity. Taylor’s belief it would give the viewer the ability for them to have sympathy with him, gradually backfired as results went against him. Why he didn’t demand the whole project be pulled and refuse any further coverage may have remained a constant regret. We’ll never know as he refused to believe this. He had thought about cancelling filming for England’s infamous trip to Norway in June 1993, but believed the press would see it as admission he didn’t believe England would qualify. Perhaps he thought people knew of the filming, but no one has gone on record to say they did.

The press handling of England managers can be traced back to their treatment of one of the greatest of them all, Alf Ramsey. Feted as the saviour, rightfully so, he was then cast aside when England failed to qualify for the 1974 World Cup in West Germany. What is rarely considered is that perhaps an international manager is only as good as the players at his disposal, yet the fact Ramsey could be criticised as much as he was after what he’d done for the country, probably strengthened Taylor’s belief he was on a hiding to nothing no matter the results.

Ramsey’s successor, Don Revie, was never trusted by the press and possibly as he made no secret of returning the compliment. When he walked out on managing his country to pick up a fat paycheque in the Middle East, this was akin to treason as could be as far as Fleet Street was concerned. Ron Greenwood largely seemed to avoid much of the flak that can be thrown at someone in his position, but this may have been down to being a nice chap. Too nice, as it turned out. Bobby Robson received a grilling as he, like Taylor after him, failed to get England to a major tournament barely two years after faring reasonably well in the previous one.

Taylor may well have felt Robson was poorly treated. He may well have held the view if a man as honourable as Robson was trampled on then what chance did he have? Robson, ironically, probably left the job with his head held high. England had come within a penalty kick of the World Cup Final and Robson walked away as The FA had decided before the tournament he was surplus to requirements. Quite what they would’ve done had England won the thing remains a question they never needed to answer.

Record books will show Taylor lost just one of his first twenty-three matches, against Germany at Wembley in his thirteenth game in charge. By then they had come up against Argentina, USSR and Cameroon who all caused the previous manager different sorts of problems.

Where Taylor received the most criticism for was his selections. One needs to appreciate the transition English football was going through. Robson had been able to count on the likes of Bryan Robson, Peter Shilton, Terry Butcher and Peter Beardsley. English clubs had been banned from European competition since 1985 and the effect was starting to show. Although he still had Gascoigne, Lineker, Barnes, Walker, Platt and Mark Wright, there were concerns about the quality, or lack of it, of the players coming through.

Looking back at Taylor’s reign he was unlucky not to have Gascoigne available as much as Robson and his successor, Venables enjoyed. Venables also enjoyed the services of Alan Shearer who was burgeoning into a brilliant striker. Yet all that can be wiped out when you consider his treatment of Gary Lineker and indeed of Gascoigne, as well as many of his choice of personnel, not to mention his tactics. Ian Wright was top scorer in the First Division in the 1991-92 season, yet was passed over for Euro ’92. His treatment of Chris Waddle was especially perplexing. The former Newcastle and Tottenham playmaker had moved to Marseille in the summer of 1989. He made two substitute appearances in Taylor’s opening two matches but only received one starting place, against Turkey eight months into his tenure. This despite Waddle winning three successive championships in France, and losing the European Cup Final to Red Star Belgrade. Marseille fans voted him the second best player of the century for the club behind Jean-Pierre Papin. Yet still he couldn’t get a game for his country.

There’s no doubt Taylor deserved criticism, just not to the level he received. Next we cover Taylor’s early days as England manager as he looks to guide his team to the European Championships in 1992.