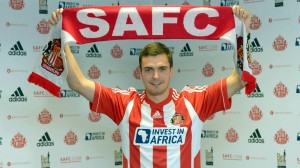 John McCormick has been giving a lot of thought to Martin O’Neill’s dealings in the transfer market and the part a study of football economics, with a title and at least one turn of phrase to make you wince, may have played in guiding his hand…

Now that the transfer window has closed how do you feel?

No doubt you’re happy but if, like me, you’ve recently read Soccernomics, by Simon Kuper and Stefan Szymanski, you could even be smug. I don’t agree with everything they say but the book’s well worth a read.

Despite the occasional log-log graph and phrases such as the “availability heuristic” it is generally written in simple language with enough in it to mesh with fans’ experience and make it interesting.

One of the first chapters is about the transfer market being an inefficient system. By this the authors mean that there’s a very poor correlation between a club’s net spending on transfers and how well it does.

We all know through experience that spending a lot of money doesn’t guarantee success, now the calculations bear us out. Liverpool, for example managed to accrue a net transfer spend of £122m under Houllier and Benitez with little league success while Man Utd spent £27m to win three titles in the same period.

Moreover, as most managerial tenures are short, many high profile players tend to be bought and then sold before the expiration of their contract by a new manager who wants to implement a new system.

Kuper and Szymanski more or less prophesied what would happen after Hodgson left Liverpool “by mutual consent”. Dalglish spent big on Carroll and Henderson but the team didn’t perform to expectations so he was moved on; the new manager who came in (Rogers) said Carroll could go, which he did, potentially losing the club money in the process. Soccernomics 1, Liverpool 0.

There is a much stronger correlation between the amount spent on wages and success. The more clubs pay the better teams seem to do. The reason is simple – the better a player is the higher the wage he can command, and having the best players usually gets you the best results.

Putting all this together means that it’s usually better to spend your money on growing then keeping good players as opposed to buying new ones. Unless, of course, you can emulate Cloughie and Brian Taylor. They proved to be masters of the market. They bought cheap, developed players and sold them at the right time, often at a profit.

In doing so they raised a middle-of-the-road club to champions of Europe.

When it comes to transfers the authors offer some advice. Some of it can be summarised as: don’t let a new manager waste money on transfers.

* Don’t buy stars of recent competitions as they will be overvalued. Kuper and Szymanski maintain such players are often judged over this small sample of games. They are then bought for inflated fees, only to disappoint in club football. This is one aspect of the “availability heuristic” where recent information stays in the memory and influences decisions.

* Older players are overvalued; the best time to buy a player is in his early 20s.

* Sell any player when the offer is more than he is worth. Be ruthless.

Applying these ideas to MON’s reign to date leaves me feeling very optimistic. He has played the transfer market well. He didn’t go overboard in the January transfer window, nor has he gone overboard in this one.

He addressed a need in August by bringing in out-of contract Saha on a one year deal. Saha’s age is against him but with no transfer fee and no long-term contract he has to be worth a punt, given his experience and record. This gave us breathing space – maybe it also helped us put a bit of pressure on the Wolves board – in dealing with the critical issue of getting in a youngish, top-class striker for the long term.

I have faith in Wickham and Campbell (although the Mirror reported the latter’s contract wouldn’t be renewed) but no one can doubt our need and Saha didn’t fit that long-term perspective.

Could we get one, or even two, young forwards? Apart from Andy Carroll strikers seemed in short supply this summer, so Fletcher was the target and the subject of drawn out negotiation.

Remember the Soccernomics advice about goalscorers being overvalued? Should MON have made a high offer right at the start of the window opening and got him early? The price, a reported £12m with add-ons up to £14m, wasn’t too different from Wolves’ original valuation and I remember Peter Reid saying if you miss the pre-season you miss the whole season. He was talking about injured players but it’s still a niggle at the back of my mind.

At 25 Fletcher’s not too old but only time will tell if MON paid too much. If he does turn out to fulfil expectations, and the omens are good, £12-14m will be an excellent deal, given how much we got for Kenwyne.

Then along came Adam Johnson for an undisclosed sum. Young and good, maybe not a forward in full striker mode but he’ll do nicely, will he not?

What else did MON do well?

Did the availability heuristic have had an impact? I would argue it didn’t. MON never went after anyone who shone in the Euros and I don’t think Rose stood out in the Olympics. Having said that, did anyone shine in either competition? Ji did as well as anyone and maybe he will get more games this season.Cuellar, of course, came around the time of the Euros when there was talent on display and Rose did take part in the Olympics.

MON moved people on. Perhaps he had little choice but to let Gyan go but whatever the truth is the club appears not to have lost out and I think, given Gyan’s attitude, we got more than he was worth to us. Richardson wanted to leave and wasn’t going to renew his contract. Like most fans I believe his diligent play over five years repaid the £5m he cost and think that in these circumstances MON did a reasonable bit of business, as he did with Michael Turner, who also went for a reasonable sum.

Another player, Elmo, hadn’t really figured in MON’s starting line-ups and it’s hard to see him as a regular first-team choice given our other attacking options. Letting him go out on loan was a sensible decision even if he allegedly could play in defence, and it was equally sensible to get bit players such as Angeleri and, sad to say, Gordon, off the books.

Other than that, while giving hope to the academy and development team by taking some novices on tour and giving them numbers, MON largely kept faith with the existing squad.

For example, Titus remains with us. He was bought cheaply enough and with a year left on his contract he can prove his worth or be allowed to leave with little financial loss. Within that squad two of our best players, Sess and McClean, were given new contracts. According to Soccernomics, not to mention 40,000 fans, this is likely to be a better use of our money than spending on wholesale change.

It’s hard to tell when different transfer figures are bandied about and many fees are not disclosed but Fletcher and Johnson plus a fee for Rose probably cost a bit more than our profit from Bent and Henderson. It looks like we didn’t lose money on Turner, Angeleri or Gyan, possibly we even made some, and we did well with Kieran Richardson.

At the same time some expensive residual transfer payments and wages, such as Craig Gordon’s, will now be off the books. I’d say the owner, Ellis Short, and MON have maintained the financial well-being of the club while improving the squad in the short term and creating space for the future.

A lot of that has to be down to MON for his playing of the transfer market. I think he got it just about right.

How much football did a Sunderland fan get to see at QPR?