It was the 3rd of April, 1961. Green Cross were on their way back home from a cup game against Osorno Seleccíon. The club decided to travel with two planes. Flight LAN621 took a more direct way to the capital of Chile, while the other flight had some stops. The game ended in a 1-1 draw. A game that would turn out to be the last one for some of the players. A tragedy occurred.

There were 24 people on board including 8 players, two staff members and three referees. All 24 passengers passed away as the airplane disappeared in the Andes. It was a mystery, as only a small part of the wreckage was found.

Incredibly, 54 years later, a small group of mountaineers found the remaining wreckage of flight 621 in the Andes. Supposedly, the cause of the crash had a correlation with the weather as the last radio message reported that there was ice covering the wings and propellers. 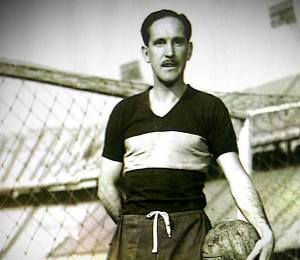 Eliseo Mourino was an Argentine international who played for CD Green Cross. He had 25 caps for Argentina and was one of the passengers on flight 621.

Green Cross still wanted to play the return leg against Osorno Seleccíon despite the recent disaster. A brave action, but they lost 1-0. They got relegated a year later but managed to get promoted back instantly in 1963 as they won the Segunda Divisíon. In 1965, Green Cross moved to Temuco and merged with Deportes Temuco. The new club, now called Green Cross Temuco, existed for another 20 years. It lasted until 1985 when the club folded. It was the end of the existence of CD Green Cross.

Up to date, there have been many tragedies with football teams traveling via plane. With the Manchester United and the recent tragedy of Chapecoense being one of the more known ones. Back then, the Green Cross tragedy was one of the biggest tragedies in South America and deserves more attention than it currently has. Unfortunately, we will never know what Club Deportes Green Cross could have developed in to.