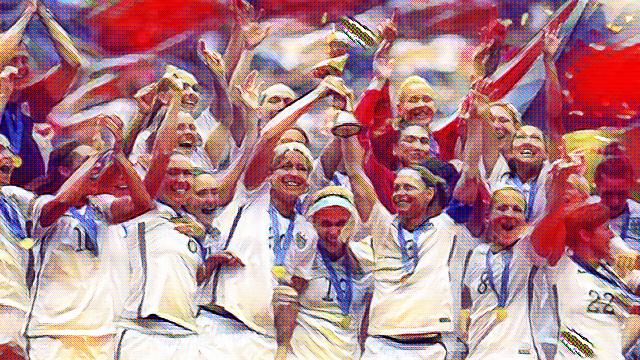 Women’s football has been an ever-growing presence in recent years, and the dominant force is surprisingly the United States Women’s National Team (henceforth referred to as USWNT). This is surprising due to the relative lacklustre of the United States Men’s National Team in recent history. This just gives a glimpse at the active development of women’s club football in the United States when compared to the rest of the world. There are still many club teams in Europe that do not run any senior professional women’s team. Manchester United has even gone so far as to state that women’s football is not part of the core business, creating their stance that women are not vital to expanding their brand in world football.

Nothing proves this stance more incorrect than the fact that 750 million people viewed the 2015 FIFA Women’s World Cup. Compare that to the one billion people reported to have viewed the 2014 FIFA World Cup, and you see that women’s football is growing rapidly in popularity. The majority of top-league teams across the globe are now supporting a senior women’s side, a side beyond the under-17 youth side found even at Manchester United, and more people are starting to warm up to the idea of women’s football.

The USWNT is the most successful team in international women’s soccer, and as such is the key watermark for women playing the game. In the past few years, that team has changed significantly. Several of the most capped players on the team have either retired or are assumed to be retired from international football. Former captain Christie Rampone, and all-time top scorer Abby Wambach both retired following the 2015 FIFA Women’s World Cup win, while Heather O’Reilly retired in 2016 after being left out of the 2016 Olympic team. Hope Solo, the most-capped goalkeeper in the USWNT’s history, was suspended indefinitely following misconduct during the 2016 Olympics, and will likely not return. This leaves current co-captain and midfielder, 34-year-old Carli Lloyd as the most-capped player with 237 caps, 106 more than any of her other teammates. She is co-captain with 31-year-old defender, Becky Sauerbraunn, who has 124 caps.

These players retiring have left holes in the team for younger players to step up and mould the team into their own, which will take time. The performance at the 2016 Summer Olympics is proof enough of this as they lost in the quarterfinals, failing to make it to the gold medal round of the Olympics for the first time ever, and the first time they haven’t made it to the semifinals in a major tournament. The hole left in goal is arguably the largest, as Hope Solo made 202 appearances in goal for the USWNT and there isn’t another keeper to make more than 13 on the team currently. Ashlyn Harris, 31, and Alyssa Naeher, 29, have both won 13 caps for the USWNT, and they will have to compete for the coveted starting spot on the team. The rest of the team will not change much, with Alex Morgan proving to be more than capable of succeeding Abby Wambach as the leading forward.

As the women’s sport continues to grow and evolve, it is likely that we will see national teams from around the world grow stronger, and club teams become more widely used and popularised. I hope to see women’s club soccer especially begin to make a bigger impact on the world stage and gain a larger following, hopefully becoming the next significant addition to the FIFA video-game franchise following the addition of women’s national teams to the 2016 edition of the game.

Aspiring football pundit/writer trying to make a name in this big world. @FM_Report