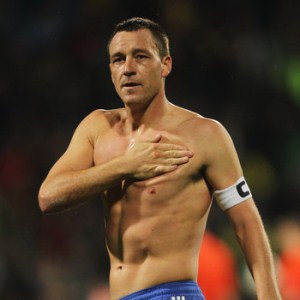 Former England captain, John Terry, has today announced his retirement from International football, blaming the FA for his decision.

“I feel The FA have made my position with the national team untenable,” he said. “Representing and captaining my country is what I dreamed of as a boy and it has been a truly great honour. I have always given my all & it breaks my heart to make this decision. I wish Roy and the team every success for the future.”

Terry has been charged with using “abusive and/or insulting words and/or behaviour” with “reference to the ethnic origin and/or colour and/or race of Ferdinand” after camera footage from Chelsea’s game against QPR last season appeared to show him call Anton Ferdinand a “black cunt”.

Whilst Terry was found not guilty in court after a trial couldn’t prove that he directed these words at Ferdinand as an insult, rather than as a question or sarcastically as his defence claimed, the FA’s criteria for conviction isn’t as stringent, with them ruling on “the balance of probability”.

The chief magistrate’s summary of the court case was fairly damning for the Chelsea captain though, with him conceding that “nobody has been able to show that he is lying.” He also claimed it is “inherently unlikely that” Ferdinand accused Terry of calling him a “black cunt”, which is what Terry’s defence rested on and said that “Mr Terry’s explanation is unlikely. It is sandwiched between other undoubted insults.”

On the “balance of probability”, Terry should be found guilty, which would likely spell the end of his England career anyway, so the Chelsea man is jumping before he is pushed. As Daniel Taylor recently reported in The Guardian, the FA generally only take on cases they’re almost certain of winning.

The FA, to put it into context, found a total of two not-guilty verdicts out of the 473 cases it heard in 2011. That is getting on for a one-in-250 ratio. Or 0.4%, to be precise. Which is markedly different to the Home Office figures for court cases, with one magistrates’ hearing out of every six leading to non-conviction (16.7%), and marginally higher (18.2%) at crown court.

Terry will use his personal hearing with the FA tomorrow to again deny the charge though.