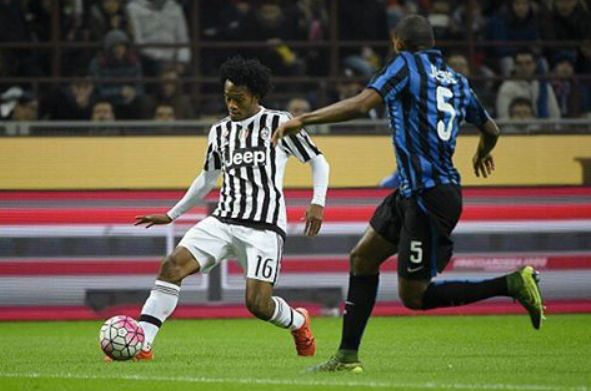 Posted in Chelsea, Newsnow Feed By By Far The Greatest TeamPosted on October 30, 2015November 2, 2015

Reports emanating from the Italian and English media claim Chelsea and Juventus have agreed upon a deal of €22 million for Colombian winger Juan Cuadrado, per Gazzetta dello Sport.

After enduring a frustrating spell with Chelsea beginning the January of this year, the 27-year-old move to Juventus for a season-long loan deal and has largely impressed. According to the publication, there is no clause in the loan deal that state Cuadrado can continue with the Old Lady unless another agreement is reached.

According to the reports, Juventus, having lost a crop of their key players during the summer are keen on making the deal permanent for the winger. The publication, as per Gazzetta further claim that Chelsea are looking to also milk as much as they can for the winger. Hence, a verbal agreement for a fee in the region of €22 million.

Although, Juventus are enduring a torrid start like Chelsea, the importance of Cuadrado to the team cannot be underestimated. He’s been described as a unique player and most of the Old Lady’s attack for this season has come through the wing of Cuadrado.

As per the report, Juventus are willing to part with the sum the Blues are asking for – Cuadrado has started in every game for Juventus this season but he is yet to score in the Seria A.