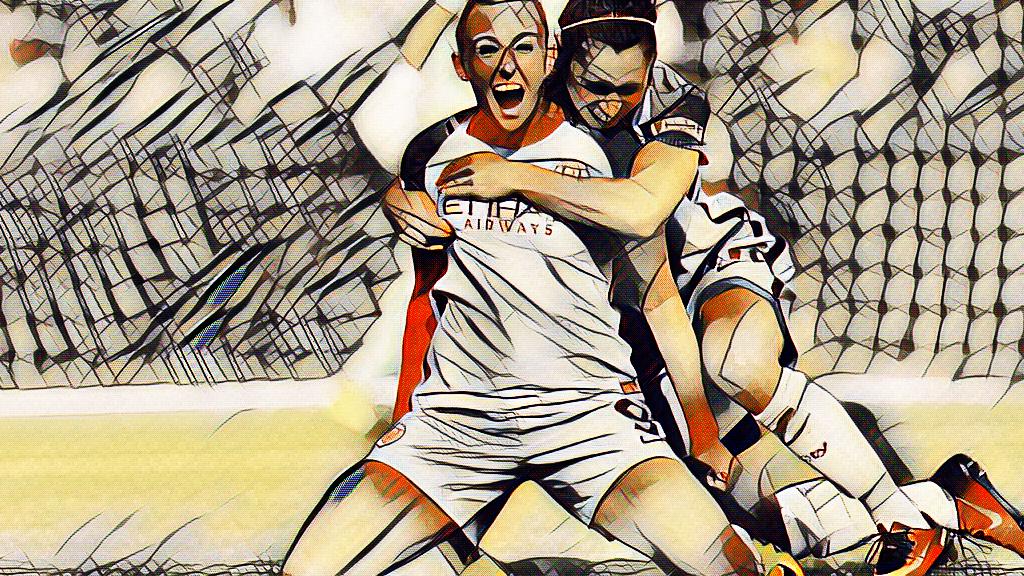 Manchester City is a football club that has become synonymous with success since winning the Premier League title in the 2011/2012 season. It was one of the most incredible finishes to a Premier League season, arguably, since Manchester United’s treble winning season in 1999. City had gone from “noisy neighbours” to serious contenders as the power shifted in Manchester from the red side to the blue side momentarily.

The most successful clubs are normally the best run clubs both on and off the pitch. For many years City fans had seen their fair share of disappointment and endured hard times when the club had been relegated to League One at the end of the 1997/98 season. Nicky Weaver became famous as he helped City overcome Gillingham in the play-off final in the 1998/99 season as City bounced back to what would now be considered the Championship. Promotion to the Premier League was forthcoming but the club struggled to make their mark in the Premier League as Sir Alex Ferguson’s Manchester United continued to dominate.

On the 4th of August 2008 City’s takeover bid from Sheikh Mansour was completed and a new era dawned for the blue side of Manchester. With Khaldoon Al Mubarak running the club on behalf of the Sheikh as chairman, City began to move in the direction of trophies quickly. City’s new owners got to work quickly as plans were announced for a complete infrastructure overhaul on a £200m project that we all now know as the Etihad Campus. At the Etihad Campus the City Football Academy was born, new state of the art training facilities were constructed and the Etihad Stadium re-modelled. The campus was opened periodically from 2013 onward.

The City Football Group didn’t stop at their acquisition of Manchester City. They also purchased Melbourne City, albeit an 80% stake as part of the original deal but the group later bought full control of the club in 2015. After completing the takeover, £15m was invested to develop the training facilities and administration offices to a standard befitting that of a successful club. As part of MLS expansion the City Football Group proceeded with plans to expand further by entering the American market in New York and thus New York City FC was founded in 2013.

Manchester City have arguably been the most successful of the City Football Group’s football projects. The club has won the Premier League twice (2012,2014), the FA Cup (2011), the Community Shield (2012) and the League Cup in 2014 and 2016. Melbourne City on the other hand have enjoyed moderate success thus far. They won the national cup in 2017 but have never finished any higher than 4th place despite further investment. However, Melbourne City as a newly branded club are still young in terms of its development. New York City FC on the other hand were only founded in 2013 with Patrick Vieira leaving his role at Manchester City to take the head coaching job in New York. Their first season in Major League Soccer would be considered disappointing given the portfolio that the City Football Group have build up prior to their debut season. Despite teething problems in their first season with a 17th overall finish, New York City FC turned their fortunes around to finish 2nd in their conference and 4th overall in 2016.

Success doesn’t solely concern itself with the men’s side of the game. Both Manchester and Melbourne City women’s teams have seen significant investment in comparison to their competition and are reaping the rewards. Women who are part of these clubs get to train in the same facilities as the men’s teams, are given the same medical and coaching support networks as the men and are treated as equals. They have become women and teams that others should and could aspire to. In Melbourne City’s debut season they went unbeaten during the 2015/16 season and despite not maintaining that unbeaten run they managed to retain their league title after a successful playoff campaign. On the other hand the Manchester City women’s team hasn’t had as easy a transition. Originally founded in 1988 but remaining a separate organisation from the men’s club until 2014 when the merger was completed and the team re-launched.

The re-launch proved significant as the women’s team became part of marketing and media campaigns and gained full access as their Melbourne counter-parts. In 2014 City women’s team won the Continental Cup followed by a tough debut season in the Women’s Super League as they finished 5th and well off the pace from top spot. In 2015 they enjoyed a successful season in comparison as they finished in 2nd place having just missed out on the title by two points. Further progress was made as the City juggernaut continued it’s momentum from the previous season by completing the 2016 season unbeaten with the Continental Cup added to their trophy cabinet for the second time in three years. City are currently sitting 3rd in the Women’s Super League with two games in hand due to their FA Cup success on league leaders Liverpool.

Much has been said of foreign owners moving their financial interests abroad and not understanding what it takes in that country to be successful. While the City Football Group’s Melbourne and New York projects are still in their early stages of development it is clear that the group know what they are doing from both a men’s and women’s footballing perspective. If other clubs don’t learn how to invest their money more effectively and efficiently then it’s quite possible that the City Football Group boast the most successful football portfolio that the game has ever seen.