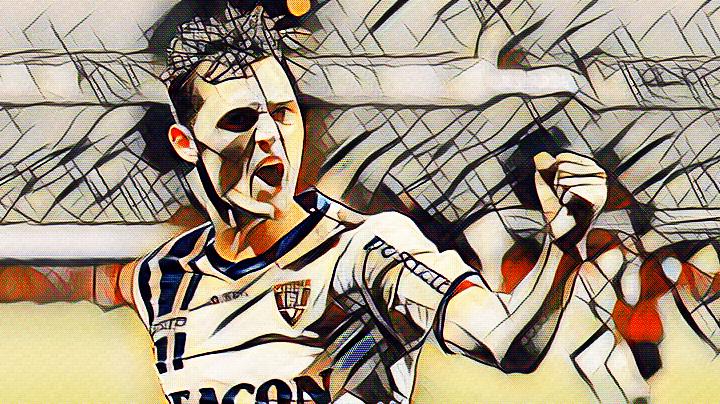 The Netherlands football pyramid is clattered with players who were once an extremely promising youth players. Unfortunately, many players of academies such as AFC Ajax, Feyenoord, or PSV can’t reach the first team and must forge a career elsewhere. Fortunately for those players, the willingness of many Dutch teams to play youngsters allows for these rejects to quickly pick up their form. Clint Leemans is perhaps the most recent example of this.

VVV-Venlo, besides possessing the coolest name in football, have had a fine season. After being promoted from the Dutch Eerste (Second) Divisie, VVV have done well in the Eredivisie. At the winter break, the side from a small southeastern province are tenth. This comfortable mid-table position has been achieved with great persistence, some luck, and surprisingly good performances.

By far and away, the top performer for VVV has been 22-year-old Clint Leemans. The Dutch box-to-box midfielder leads the team in nearly everything – goals, assists, and key passes. Leemans usually takes up a deep position while defending and in transition, but roams forward during attacks. His left foot is constantly unleashing central attackers with through balls, definitely his most useful skill.

Leemans’ sublime thru-balls and set-pieces are consistently great, and he’s powerful enough to control the midfield.

Clint Leemans was once a youth prospect at PSV Eindhoven, but was released on a free transfer in the summer of 2016. At the time, VVV were an Eerste Divisie side coming off a second-place finish (but a failed promotion playoff attempt). The small side are known for their development of Keisuke Honda and Maya Yoshida, which was probably a factor in Leemans’ decision to join VVV as a 20-year-old.

After his arrival in Venlo, it’s safe to say that Clint dominated the Dutch 2nd tier. In 37 league appearances, the central midfielder scored 12 goals and provided 11 assists as VVV stormed to a league title win. The stocky 1.89m (6’2”) Leemans dominated with a combination of physicality and technical ability. His potential was undoubted by the end of the 16/17 season, but questions were raised about how he and VVV would perform in the Eredivisie.

Performance at the Top

It’s safe to say that both Clint Leemans and his club have performed to a satisfactory standard, or better. VVV sit tenth out of eighteen clubs, with some famous performances against larger sides to be proud of. Leemans has to be considered a major reason for this success – at 22, the midfielder has seven goals and four assists in 18 matches. The former Dutch youth international runs the show from the left side of VVV’s midfield, connecting defense to attack brilliantly. Leemans has the sort of presence on the pitch that exudes confidence and composure. He may not always pick out a perfect pass, but he does so often that you begin to believe he will each time he’s on the ball.

That confidence isn’t confined to open play; Clint Leemans is one of the Eredivisie’s most threatening dead-ball specialists. With the power to strike a free-kick from distance and the technique to curl it accurately, Leemans is VVV’s main set-piece taker. Venlo have also benefited from his corner and penalty taking – 0.5 of VVV’s 1.2 goals per match come from set-pieces or penalties.

What is Stunting his Progress?

What is preventing Clint Leemans from reaching the top of Dutch football? After analyzing his performances, I can say that a defensive improvement is needed. While it’s true that Leemans is often paired with a defensive-minded midfielder, the nature of Eredivisie football means that defensive cover will often be required from almost every player. Leemans smartly drops deep when a fellow midfielder or full-back dribbles forward, adding cover in case of a loss of possession, but his overall defending must improve.

Too often, Leemans is out of position when VVV are defending. Whether it is a failure to close down the player he’s marking or a case of leaving too much space in front of the defenders, it is often Leemans who is at fault for an opposition creating a chance. Certainly, fault can be placed elsewhere for VVV’s conceded goals, but if Clint wants to rise up the ladder of European football this is a weakness that must be addressed.

Looking forward, Clint Leemans’ contract runs out next summer. If VVV don’t act soon to renew his contract, the midfielder could be looking to further his career elsewhere in 2018. A smart move would be to stay in Venlo until the end of the season, but look to move on a free after the end of the season. 22-years-old is young, but not very young in Dutch football. This is the crucial part of Leemans’ career; if he performs well to end the 17/18 season and earns himself a big move, he’ll be a surefire Eredivisie star.

Another option is to stay at VVV, which could actually be the better choice if they continue to perform in the Eredivisie. Who’s to say Venlo won’t join the upper echelon of clubs challenging for European spots? Not me, that’s for sure. What’s for sure is that Clint Leemans is a player who was offered a second chance at a smaller club, and has made the most of it.

What do you think the future holds for Clint Leemans? Let me know in the comments or Tweet at me, @adiek22. Thank you, as always, for reading.