Skip to content
Posted in Manchester United By By Far The Greatest TeamPosted on September 24, 2015 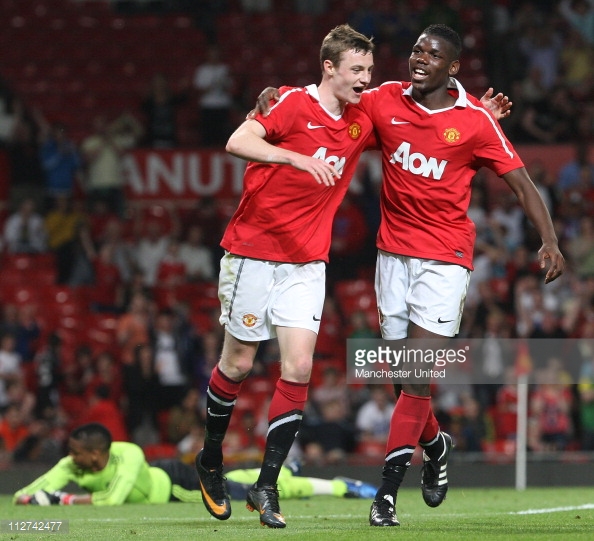 Former Manchester United manager Alex Ferguson has shed some light on what went down between United and Pogba. Ferguson claimed that United were willing to activate the Frenchman’s option of a one year renewal but United failed to reach an agreement due to Pogba’s agent Mino Raiola.

The 22 year old spent three seasons at Old Trafford and failed to rack up note-worthy minutes despite being a promising prospect. Nevertheless, Alex Ferguson has revealed how much United wanted to keep the Frenchman at the club but were thwarted by the efforts of Mino Raiola.

The Scottish man said “We had Paul under a three-year contract, and it had a one-year renewal option which we were eager to sign. But Raiola suddenly appeared on the scene and our first meeting was a fiasco.“He and I were like oil and water. From then on, our goose was cooked because Raiola had been able to ingratiate himself with Paul and his family and the player signed with Juventus.”

With Paul Pogba’s departure from the club to Juventus the Red Devils received a sum of 800,000 pounds as compensation from the Italian side. Since joining Juventus, the 22 year old has risen to become one of the most-sought after midfielders in the world and has helped Juventus achieve a lot of trophies despite his short stay at the club.

With Carlos Tevez departure, Paul Pogba was handed the iconic no 10 shirt which has been worn by Del Piero and Michel Platini. The Frenchman has had a fairly good start to the season, bagging just one goal and creating 4 chances which has been failed to be converted by his team-mates in the Serie A.