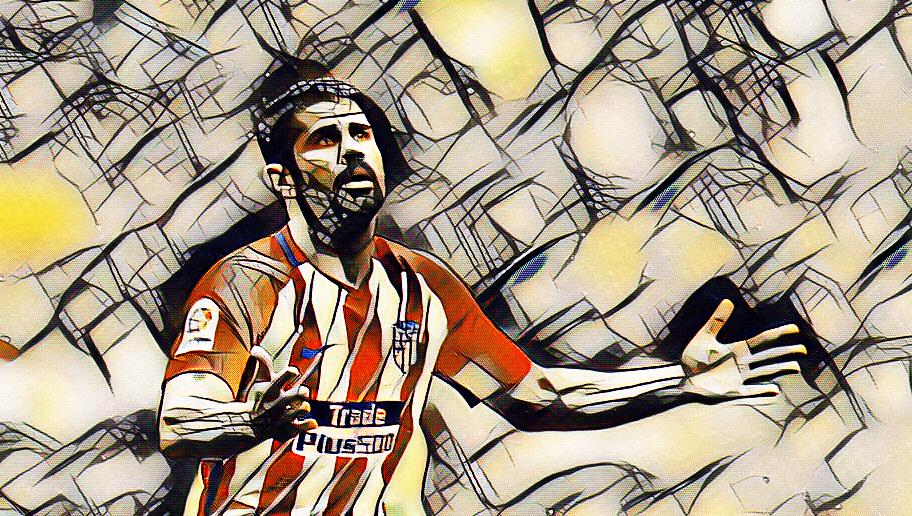 After that famous text from Antonio Conte saying there was no place for him in this season’s squad, it’s fair to say the situation as Chelsea quickly became volatile. Costa could have graciously accepted the news and discussed the teams that wanted him. AC Milan, Everton and Monaco were among the most interested teams, he could have simply chosen one of them and that would be the end of it. But where’s the fun in that?

Instead, what our beloved Brazilian-turned-Spaniard chose to do, was follow his heart and return to Atletico Madrid. Due to the transfer ban, Costa signed in September but would not be eligible to play until January. So what to do in the meantime? Train with Chelsea or Atletico until January? Sign a short loan at another team?

To be fair to the striker, he kept himself in good shape and wasted no time getting himself in the headlines on his return. After scoring on just five minutes into his debut in the Copa del Rey against Lleida Esportiu, he made his La Liga return three days later, a match one no-one connected with the game is likely to forget.

A home game against Getafe, Costa scored the second goal, a fairy-tale return was being written before his very eyes. But, something in his oh-so-wonderful mind decided it was a good idea to charge into the stands to celebrate. The referee gave Costa a second yellow, and it was job done for the day for our Diego. Welcome back, we’ve missed you.

Since then, Costa has formed a formidable big-man-small-man partnership with Antoine Griezmann. Obviously trying to emulate the legendary Peter Crouch/Jermaine Defoe duo, Costa has four goals and two assists in eight appearances since his return. Not bad at all for a man who could have spent the latter half of 2017 doing daily bar crawls and building up his Copacabana Beach Clubcard points.

So, has Costa mellowed at all since his stint away from the spotlight? Of course, we all know the answer to that question. This week, the striker was enraged (let’s be honest, does he have any other emotion at this point) after he felt he was denied a clear penalty in Atletico’s 2-0 win over Athletic Bilbao. With the team in fine form, as was Costa, saying after the game:

“Some people are crazy about me, you can’t change that, they want to give me a card

“The press invents many things about me. It’s simply not necessary to lie and invent stories.”

Oddly, manager Diego Simeone, was the voice of reason, taking blame away from the officials and instead praising their work. A turning point perhaps, for a man who once literally stormed on to the pitch in a Champions League final to argue with a referee.

With Simeone’s second full-time job being to get the Atletico fans to get behind the wantaway Griezmann, Costa could prove to be a key player in their season as they continue to pursue unbeaten Barcelona. They currently sit seven points behind in second, but, with just an incredible nine goals conceded this season, the problem does not sit with the defence.

Instead, Atletico have scored 36 goals, exactly half the total of the league leaders. For all the talent Atletico have at their disposal, they had to make do for the first half of the season with an unfocused Griezmann and Kevin Gameiro.

Of course, it’s almost impossible to keep up with number of goals Barcelona hammer in with the calibre in their squad, a la Lionel Messi and Luis Suarez. However, given a little more time and the right level of motivation from his equally as…. ‘eccentric’ manager, Costa could be the weapon Simeone’s team need if they stand any chance of reeling in the runaway leaders.