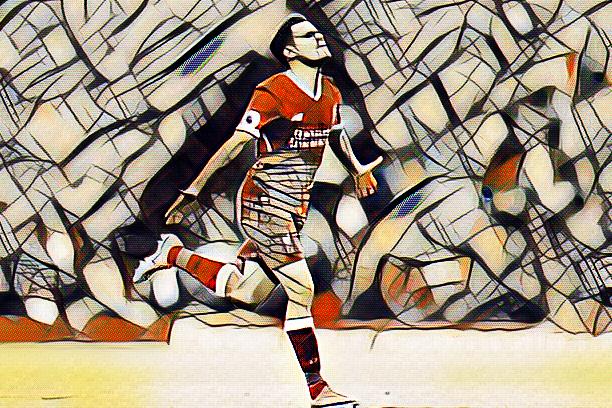 This week, Paulinho joined the ever-growing list of Barcelona players who have campaigned for the club to sign Philippe Coutinho. If Barca miss out on the Liverpool midfielder in January, there is a genuine risk this may turn into another dreaded, Gareth Bale-esque transfer saga which could rumble on for years to come. So, resisting the urge to buy into the growing media frenzy, let’s have an analytical look into Coutinho’s inevitable Spanish switch.

Barcelona look set to table another bid for the midfielder, after their initial £72m effort, as well as two improved bids, were rejected by Liverpool last summer. Despite the Merseyside club’s firm stance on the little Brazilian, that has not stopped a host of Barca players coming forward and encouraging him to join the club. Paulinho is the latest, saying Coutinho would “not regret” joining Barca and even joked that players are looking for a house for his national side team-mate. Luis Suarez also praised Coutinho and labelled him a ‘rare, elite type of player’.

Andres Iniesta went into further detail, believing Coutinho would be a “great signing” due to his style of play. In an interview with Football España, he said: “He is equally adept with both foot, he links up well with other players, scores goals and gets between different phases and lines in attack, he would be what we want.

“His qualities fit into how we play and what we want and if the signing is finally complete, it would be great.”

Fitting into the system

Iniesta bring us nicely onto our next point, how well Coutinho would really fit into the Barcalona system.

At Liverpool, Coutinho is an integral part of the ‘fab four’ consisting of himself, Roberto Firmino, Mo Salah and Sadio Mane. What Coutinho brings to the table which is different to him team-mates, is an initial burst of acceleration rather than all-out pace. This burst, as well as superb dribbling, is most similar to Iniesta at Barca, and is a contender for heir to the Spaniard’s place in the team. The traits allow the Brazilian to play slightly deeper in midfielder and dictate play if needed, as well as an attacking midfielder or winger.

Liverpool and Barcelona are also similar in terms of playing similar formations. When at full-strength, both teams prefer a 4-3-3, however, both have played two strikers in recent times, with Barcelona currently adopting this policy in the absence of Ousmane Dembele. In terms of stature, Barcelona pioneered the era of small midfielders, introduced in Pep Guardiola’s tenure and still in use today. Iniesta, Messi, Dembele, even squad players such as Denis Suarez and Paco Alcacer are all well under six-foot, with the emphasis being on quick, sharp play being dictated by nimble players.

Liverpool’s fab four are also relatively small, with Firmino being the only one near the six-foot mark. Height is often an overlooked factor in tactics but is vital in fluid systems where attacking players interchange and swap positions. After all, how many times has Marouane Fellaini danced his way round players at the edge of the box and played a one-two with Zlatan Ibrahimovic?

Whilst Mo Salah is stealing the headlines this season for his superb goal record, Coutinho has assumed the subtler role as the architect. Per 90 minutes, the Brazilian averages over 30 more touches compared to Salah (88 to 54), and nearly double the number of passes (62 to 32).

Coutinho’s versatility no doubt bodes well if he were to fit in to Barca’s system, but, while there are worse headaches for a manager to have, where to play the midfielder is still a decision that needs to be made. Here are three of the most likely formations Barca will play, should Coutinho’s transfer finally go through.