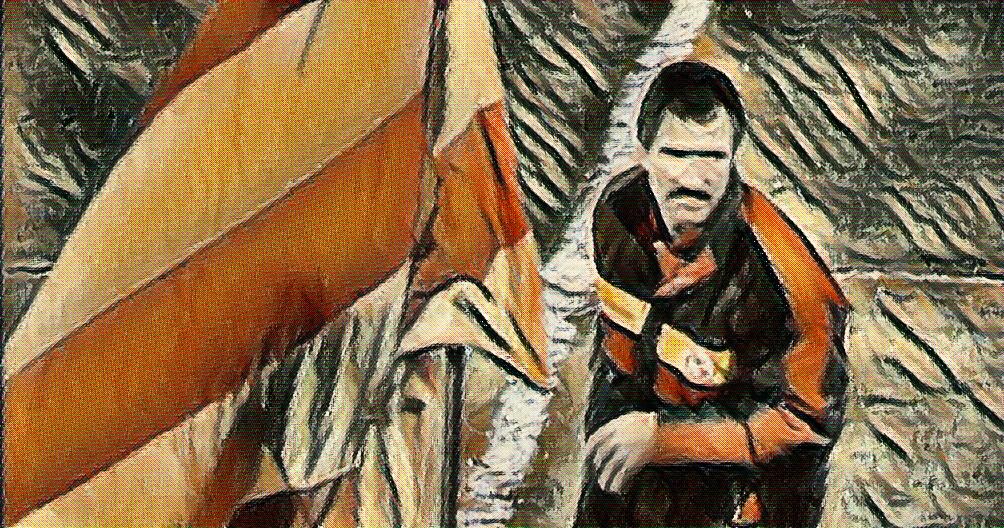 Graeme Souness had been out of work for over a year after resigning from the manager’s position at Liverpool. He had been linked to various jobs in that time and his name was mentioned for the Middlesbrough role, which eventually went to Bryan Robson. Then, out of the blue, came the news that he had become manager of Turkish club Galatasaray.

Souness arrived at the club in June 1995, and left at the end of the season. What a season it was for the Scotsman, who still remains a legend to the Galatasaray faithful to this day.

The start of Souness’s Turkish career was far from promising. Preseason was turning into a disaster for the club with the defence in disarray. There were major communication problems with new signing Barry Venison and the rest of the defence. Souness had brought Venison along with Mike Marsh to the club. Venison had cost £750,000 and Marsh £500,000. Both failed to see out the season with Marsh lasting two and a half month and Venison 5 months.

Souness had also brought in Dean Saunders for £2.35m from Aston Villa, goalkeeper Brad Friedel from Brondby and full back Ulrich Van Gobbel.

With the press already sharpening their knives, Souness was under pressure. Their first three matches gave Souness some breathing space as the club won all three games. Dean Saunders grabbed his first goals for the club with two goals against Altay in a 3-1 win.

Their next 6 games heaped more pressure back on the Scotsman. Galatasaray managed to lose to Genclerbirligi 1-0 at home, as well as two comprehensive away defeats to Trabzonspor 4-1 and league leaders Fenerbahce 3-1.

The fans had started to become restless and the press continued to slate Souness. The fact Souness had brought in many expensive players who were under performing but still getting a game ahead of more talented Turkish players was not helping his cause.

Come the end of October the club had finally got back to winning ways. They won their next three including an impressive 5-0 home win against MKE Ankaragucu, Hakan Suker grabbing a brace.

Early December was a mixed bag, drawing two games against Gaziantepspor and Kocaelispor, both 1-1, while beating Bursaspor 3-1 at home. Suker had again got himself on the score sheet along with Saffet Sancakli with two goals, making it seven for the season. Sancakli and Saunders were joint top scorers with seven goals each.

Then there was disaster for Galatasaray as they were well beaten at home 3-1 to Besiktas. Suddenly there were rumours aplenty. With the team 4th, this was the club’s worst mid-season position for five years. The media had started speculating, that both Souness and Saunders would be leaving the club. The fans were in a frenzy, with the league title challenge all but over. This was not helped by the money spent on expensive players who were not delivering on the pitch.

Souness needed to make changes. Out went Marsh having left for Southend and Venison followed to Southampton. Souness had brought back into the first team Mert Korkmaz alongside Bulent Korkmaz, Feti Okuroglu, and Hakan Unsal.

Souness and Saunders both stayed, despite rumours they had fallen out with some of the players. With Fenerbahce and Trabzonspor too far ahead to catch, focus turned to the Turkiye Kupasi – the Turkish Cup. Galatasaray had already knocked out Denizlispor 4-0 in the 6th round, Sancakli with two, Suker scoring one and Hakan Unsal netting in between.

Gala produced five wins on the trot in the league, to show a mini revival. They beat Altay away 5-2, Suker again getting two goals and 5-0 against Kayserispor, Suker once more getting himself two goals. The cup was starting to become the main focus for Souness, as they faced rivals Besiktas in the Quarter Finals. Having drawn 0-0 at home they faced Besiktas away. Arif Erdem had put Gala 1-0 up only for Ertugrul Saglam to equalise on half time. Erdem then popped up with the winner on 67 minutes to put Galatasaray into the semi final.

The league revival was short lived as they failed to win their next four games, losing to Antalyaspor at home 2-1 and away to Samsunspor 3-2 in the period. But in the cup the results kept coming.

They lined up against Samsunspor at home for the first leg. The Gala faithful expected a result. Galatasaray raced into the lead, Saunders scoring in the 16th minute. Suker managed to make it 2-0 just before half time, before Daniel Timofte pulled Samsunspor back into it on 44 minutes. The Galatasaray fans were suddenly nervous with the second half a tight affair, but right on full time Saunders slotted away his second of the match to take a 3-1 lead back to Samsun.

The second leg was another game with limited chances. Ercan Kologlu scored for Samsunspor in the 35th minute to bring the score to 3-2. But despite Samsunspor’s efforts, Galatasaray held on to reach the final.

With the confidence from the cup lifting the players, they stayed unbeaten in their next five league games recording a great win against league challengers and rivals Fenerbahce. Suker and Erdem scored in the second half to secure a 2-0 win.

On top of their five unbeaten matches came the Turkish Cup Final. Played over two legs, they faced rivals Fenerbahce.

Fenerbahce were top of the league and had been playing some excellent football all season. They had only lost twice. However one of the games they had lost had been to Galatasaray two weeks previous.

In front of 24,285 fans the atmosphere was electric inside the ground. The match could not have started any better for Souness as, after five minutes, Dean Saunders scored from the penalty spot to put Galatasaray 1-0 up. Once again the defence managed to hold tight and limit Fenerbahce ‘s chances. At full time the supporters were ecstatic, but the job was only half done. 13 days later Galatasaray travelled to Fenerbahce for the second leg. The noise within the ground was deafening with 26,420 chanting on the teams.

With the game kicked off, both teams started brightly. Galatasaray hit the crossbar after some good work on the right by Saunders but the chance went begging. Then Fenerbahce scored and the stadium erupted. A cross from the right was headed in by Aykut Kocaman to bring the match level on aggregate. The better chances were falling to Fenerbahce, but Brad Friedel in the Galatasaray goal was in excellent form. With the sides level at full time, the match went into extra time.

Neither team could find a break through as the game went deep into extra time, penalties looming. Galatasaray went on the attack and entered the area. The ball flashed across the six yard box and took a slight deflection. The ball fell to Saunders 12 yards out. Saunders steadied himself and rifled the ball into the back of the net. It was a fantastic strike worthy of winning any match, especially considering the pressure cooker in which they were playing. With just four minutes remaining Fenerbahce were unable to reply. The full time whistle blew and the Galatasaray players dropped to their knees and celebrated. Galatasaray had won the Turkish Cup 2-1 over the two legs.

A large flag was handed out to the players and each of them took turns to wave the flag with the celebrating away support. Then came Souness’s moment of madness. The Scotsman grabbed the large Galatasaray flag and ran half the length of the pitch to plant the flag in the middle of the centre circle. It took him three attempts before the flag finally sunk into the ground. The stadium, which had half emptied, still had a few Fenerbahce supporters inside the ground. On seeing Souness plant the flag, they were baying for blood and those who were left tried to get onto the pitch. For Graeme Souness’s sake, they were stopped from doing so.

However, it didn’t stop the different objects being thrown by the irate home fans, all kinds of things raining down on the celebrating Galatasaray team. The medal presentation was temporarily halted. Souness’s actions were certainly insulting for the Fenerbahce faithful, however for the Galatasaray fans, Souness had become a legend.

It was a crazy moment, which even Souness admitted was not the best thing he had done. Souness revealed the reason for his madness. He had taken some backlash from the Fenerbahce vice president in the season, who had questioned why Galatasaray had signed – in the vice president’s words – ‘a cripple as manager’. The vice president was referring to Souness having had open heart surgery 18 months previously. According to Souness, when he was celebrating with the team, he noticed the vice president’s face in the dispersing crowd. It was at that point Souness decided to show the Fenerbahce delegate that he was no cripple, grabbing the flag and sprinting to the centre circle. But that was Graeme Souness, reckless maybe but imagine being a Galatasaray fan and seeing your manager do that.

With four league games left to play they lost their next two games. But with nothing to play for it seldom mattered. Galatasaray finished strongly by beating Besiktas 2-1 away and Denizlispor 1-0 at home.

They finished 4th in the league on 68 points, 16 point away from champions Fenerbahce. Hakan Suker finished top league goalscorer for Gala with 16, while Dean Saunders scored 21 in all competitions, most notably of course was his goal that won the Turkish Cup.

Souness was not offered a new contract despite the cup win. Many felt the team’s poor showing in the league led to his obvious downfall. His flag actions may have also harmed him, and there was also possible legal action surrounding Souness over money he claimed he was owed, and so at the end of his contract Souness was flying back to the UK.

It was a rollercoaster season for Graeme Souness and Galatasaray. He may have made some expensive signings which proved not to work out with Venison and Marsh, but Saunders, Friedel and Van Gobbel were excellent in the second half of the season.

He may not have delivered in the league but winning the Turkish Cup against rivals Fenerbahce on their ground was fantastic for the Gala faithful. The flag moment however sent Souness into legendary status. The Galatasaray faithful nicknamed Souness after Ulubatli Hasan, a heroic Turkish martyr, who had placed a flag in the siege of Constantinople in 1453 before collapsing with 27 arrows in his body.

For Souness there were no such arrows, but he will forever be in the hearts of the Galatasaray faithful and will always be a legend for the club. The football was not always the best, but the cup win and his antics will make him one of the most remembered managers in Galatasaray history.