Manchester United have lost out on yet another signing. Only yesterday news broke that Chelsea has beaten the red devils to the signing of Barca’s Pedro Rodriguez. This is coming days after reports had claimed Manchester Unite dhad agreed personal terms with the player.

Now they have lost out on the opportunity to sign Nicolas Otamendi. Otamendi was several weeks linked to Manchester United with many thinking Ed Woodward is playing a game of poker with Valencia and that United will end up signing the player before the end of the transfer window. 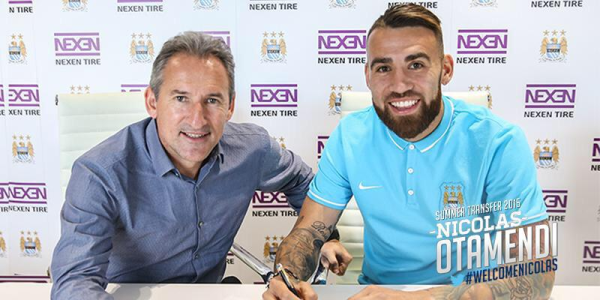 That believe seems way off the mark as the player has now completed a move to Manchester City. Whatever Ed Woodward is up to, we do not know but it better be that he has a world class CB planned for Manchester United as it will be suicidal if the red devils end the window without having signed a CB.

Having committed 29 defensive errors last season, the third highest in the league, if there is one area United desperately need to forfeit, it is the centre back position. Relying on the likes of Phil Jones and Smalling to carry Manchester United for the season will connote lack of ambition as far as I am concerned.