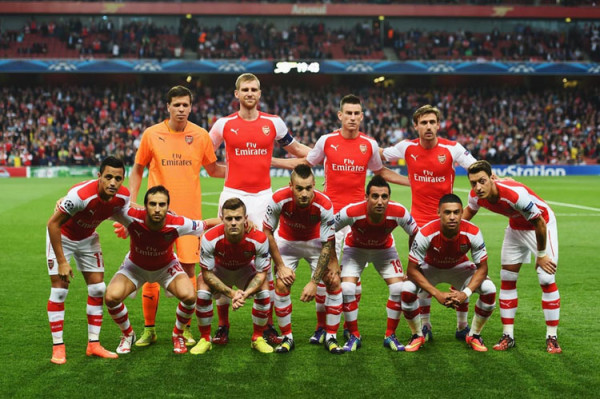 Posted in Arsenal, Chelsea, Newsnow Feed By By Far The Greatest TeamPosted on November 8, 2015February 2, 2017

Arsenal striker Joel Campbell is keen to carve a niche for himself at the North London club, as per the player’s agent Joaquim Batica.

Campbell signed for the club four years ago and his future at the club has appeared uncertain following his failure to break into the Gunners’ starting XI. But after bagging his first goal for Arsenal against Swansea last weekend, he seems to have been given fresh hopes that his long-term future lies in North London.

“He was very happy after scoring his first Premier League goal,” Batico told the Metro.

“He just wants to be successful and win trophies for Arsenal. That’s all he’s focused on.

Meanwhile, another player who could be joining Arsenal in January is Charly Musonda, with reports the Gunners want to sign the Chelsea youngster in the New Year.

The Daily Star claim Arsene Wenger is interested in the Belgian youngster and wants to make a swoop for him in January.

Musonda, 19, is one of the Blues’ best young prospect at the moment but he has struggled to get into the first team. Arsenal are now waiting on the wings to snap up the £10m-rated Belgium Under-21 star.

Also, Wenger is expected to receive a defensive boost in January as per Calciomercato. The Italian source claim the Gunners are close to finalising a loan move for Juventus’ Daniele Rugani, who is one of Arsenal’s long-term transfer target.

Rugani has been an unused sub in 11 of Juventus’ Serie A games this term and as per the report, the Italian youngster is keen to play in the English Premier League.

The 21-year old is regarded as one of the brightest starlet in world football and Napoli made a €25m offer for the player in the summer, but Juve turned it down.

Signing Rugani would be a huge boost for Wenger, whose back four are 30 or above – bar Hector Bellerin. This means Rugani will be a long-term player for the club.