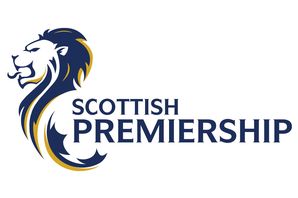 It has been forty-six days since Pedro Caixinha was dismissed as Rangers manager, yet they seem no closer to appointing a replacement for the Portuguese manager who was a questionable choice, to begin with. Since Caixinha was sacked, Rangers have flirted with Aberdeen gaffer Derek McInnes before he rejected their advances, Caixinha has taken a job in Mexico and Rangers have played eight games with Graeme Murty at the helm.

The whole thing has been a farce from start to finish from the Rangers board and it culminated with their statement on the situation which was ridiculously petty. But the bigger issue at hand for Dave King & co should be the fact that a boyhood Rangers fan and ex-player decided that his current role at Aberdeen has more promise than the ‘Gers job. To be fair to McInnes, he’s probably right because it seems like the people who pull the strings at the top have little or no idea what they’re doing when it comes to running a football club.

Is that harsh? Possibly. Is it true? You bet it is. It has been like this since the whole Mark Warburton fiasco played out and it was the appointment after Warburton that was key and it was one that they royally messed up. To this day it still remains quite a mystery why Caixinha, a man with no real managerial credentials, was handed the reigns at arguably one of the biggest jobs in the UK. He didn’t really do much to dispel the feeling he was out of his depth as they lost to part-time side Progres Niederkorn in the Europa League first qualifying round in what is up there with one of the worst results in the club’s history. Since then it went from bad to worse and with Caixinha in charge the vibes coming out of Ibrox were rarely positive and it’s also why they can seldom afford to get this appointment wrong.

What should have happened is as soon as Caixinha was gone, they should have approached Aberdeen at the earliest opportunity to speak to McInnes and that would be that, job done. However, they dilly-dallied and left it far too long before they eventually made their intention public. By that point, McInnes would have probably thought the ship had sailed and they were after someone else, but apparently not. He then decided not to take training for a couple of days as he talked to Rangers and sat out the press conference before the Dundee game as he seemed set to move to Ibrox but then he made a massive u-turn and decided he wanted to stay at Pittodrie.

He said he didn’t want to wreck the relationships that he has worked hard to create at Aberdeen by walking away and taking the Rangers job which I understand, but I don’t get the whole not doing the press conference and then changing his mind. Something that was brought up in his meeting with Rangers must have turned him off from taking the job and one can only speculate on what that may have been. They would have offered him more money, a bigger transfer budget and everything else with ribbons and bows attached, yet he still opted to stay with his current employers. It just doesn’t add up, does it?

Maybe I’m overthinking it and he genuinely didn’t want to burn any bridges but the Rangers job is his dream managerial position so how the Rangers board have failed to convince him is absolutely staggering. In the meantime, Rangers beat Aberdeen twice in a week and made it three wins in a row for the first time it what seems like an eternity when they recovered from a goal down to beat Ross County on Saturday. Maybe they should just give Murty the job on a permanent basis and have done with it. The longer it drags on, the more likely it does seem that they will do just that which will appease only the smallest section of Rangers supporters.

Personally, I think what will happen is, Murty will get the job until the end of the season, they’ll win the cup and he’ll be offered a three-year deal. Saying that, they could quite as easily lose to Fraserburgh which would probably outdo the Europa League disgrace that happened in the summer. Aitor Karanka is the favourite with the bookies at the moment but I think there’s as much chance as me getting the job than there is him. We’ll see.