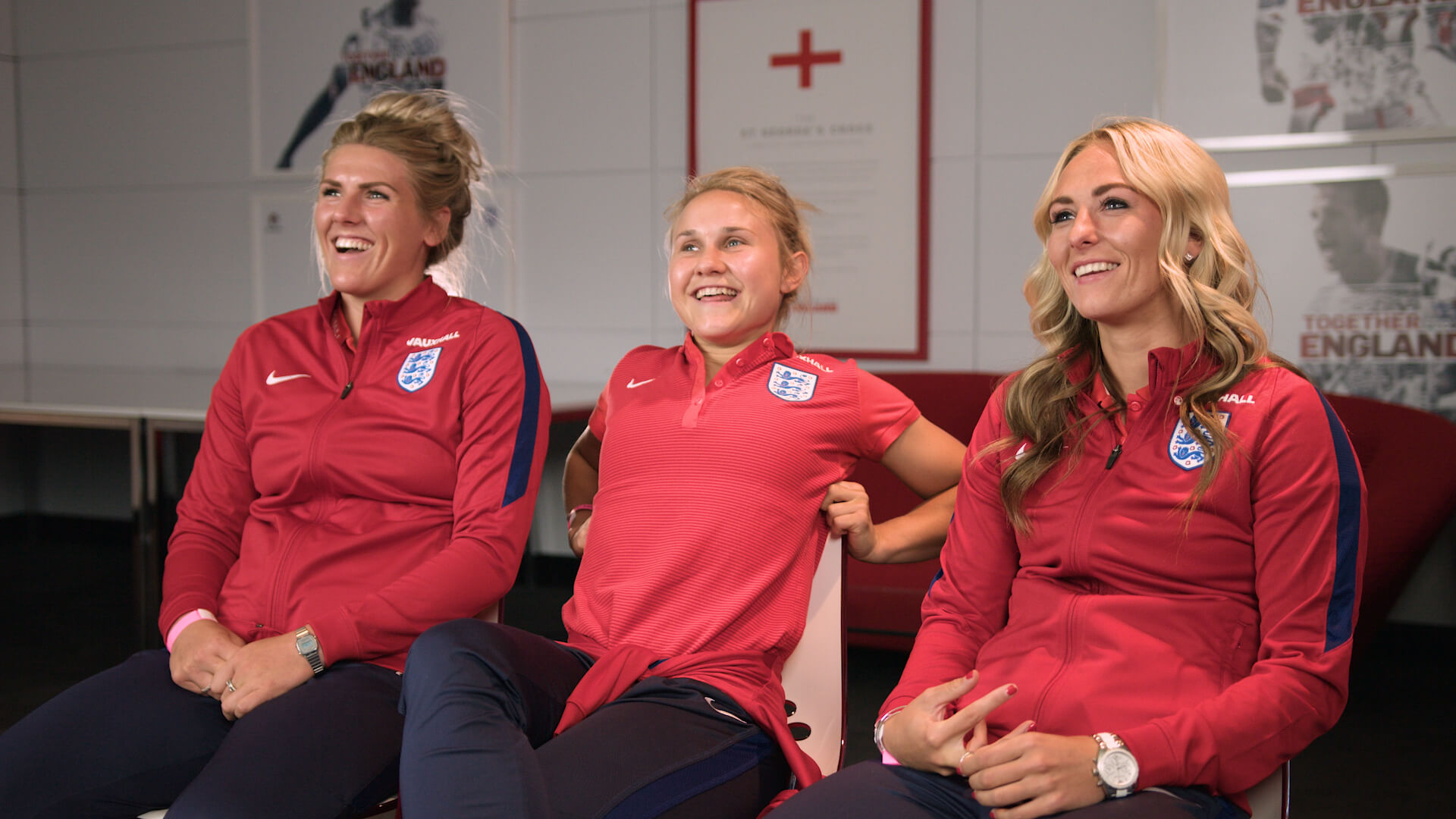 It’s been a pretty decent summer of football for England hasn’t it? Lifting the Under 20’s World Cup, the Under 21’s getting to a Euro semi-final, winning the Toulon Tournament and now seeing the Under 19’s try and get to the final of their Euro campaign in a semi-final against the Czech Republic. But with all of that out of the way, there’s still even more football to come this summer.

The Women’s Euro returns this year, starting on July 16th as The Netherlands play host. England and Scotland are representing the home nations this year and will kick their campaigns off against each other on the 19th in Utrecht.

England will already be going into the tournament with confidence that having beaten Switzerland 4-0 last month, but that didn’t stop sponsors Vauxhall Motors from giving the squad that extra bit of motivation as they surprised players: Millie Bright, Toni Duggan and Izzy Christiansen in great fashion. 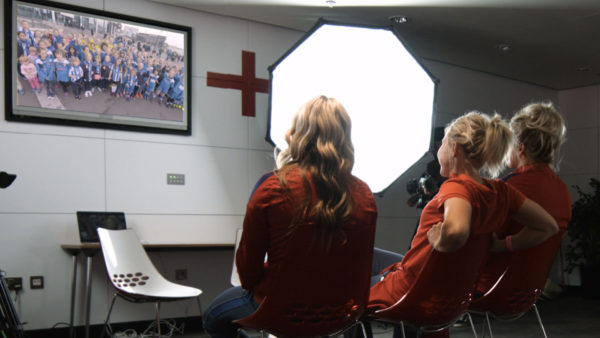 The three were at Wembley for what they believed was a meeting but instead were met with a video with specially made chants for each of them. These weren’t just chants made off a computer either. They were sung by school children along with some of the players’ friends and family which got quite a good reaction from the Lionesses.

Reacting to the surprise Izzy Christiansen said: “It was such a surprise to see my parents, aunties, uncles and cousins filmed right under my nose at Wembley Stadium – they managed to keep that one quiet! The chants are great, it’s so exciting when you hear your name on the pitch and can really change the atmosphere, so I’m hoping we get to hear them when the games begin.”

It wasn’t just the English players who got their chants though as with Scotland also going for Euro glory they got theirs too. Erin Cuthbert, Frankie Brown and Christie Murray were the three who tricked at Oriam, Scotland’s national performance centre for sport.

The Scots also received congratulatory video messages along with their chants which put a bit more of a twist to their ‘meeting’ and made for some great reactions from the shocked players. 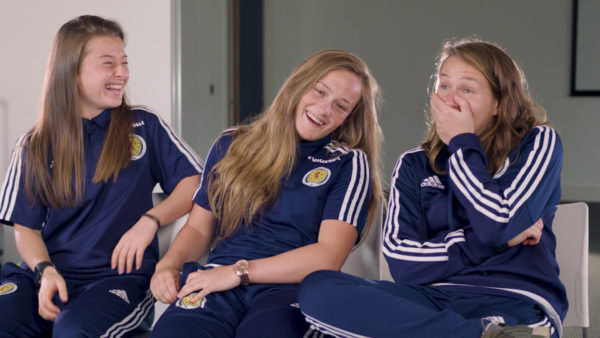 The chants, which have been personalised for each player in the team, were created by Vauxhall Motors as part of their sponsorship with the national team as part of their #GetIn campaign to help fans show support for their teams.

Driving both sides on Vauxhall Motors Sponsorship Marketing Manager, Cheryl Stibbs said: “We are so proud of our Lionesses’ and want to get the whole country right behind them as they head off for the big tournament,”

“The Scotland team has done so well and we want to get the whole country right behind them as they head off for the big tournament. We wish the team the very best of luck and hope people join us and make some noise for the players this summer”.

If you’re looking to watch even more football this summer be sure to take a look at the Women’s Euros as with even more support anything is possible for both England and Scotland.