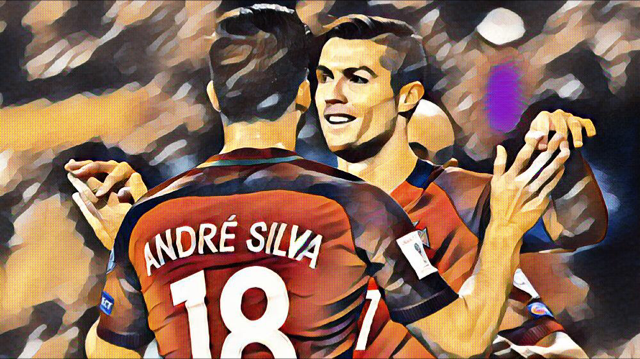 There has been plenty of drama in the international break this week. Syria were knocked out of the Play-Offs by a Tim Cahill header, Chile and USA both failed to make the World Cup, while Panama, Egypt and Iceland all secured their place in Russia for the summer. However, one game which was massive but widely ignored was Portugal vs Switzerland.

With Portugal three points behind the Swiss in the group, but with a superior goal difference, the task was simple. Win and you top the group, lose and you go into the Play-Offs. At halftime Portugal found themselves 1-0 up thanks to an own goal from former Arsenal man Johan Djourou, however with a win required it was important they added to their one-goal lead. Many were looking to Cristiano Ronaldo to bag it, but with the Real Madrid star having far from his best game it was Andre Silva who controlled a Bernardo Silva ball across goal before passing it into the net ensuring that his country will be on their way to Russia in summer 2018, with his ninth goal of the qualifying campaign.

However, Portugal aren’t the only ones benefiting from Silva’s goalscoring exploits on the continent. Since signing for AC Milan from Porto this summer for a fee of around €38 million Silva hasn’t really had much of an impact in the league, but has been a vital component of the Italian giants’ perfect record in the Europa League.

In qualifying the 21-year-old scored two and assisted once in a 6-0 thrashing of Shkendija. The second of his goals showed great skill, strength, control and persistence to keep hold of the ball and put it in the net, with one of Shkendija’s defenders hanging off of him from the moment he got the ball. He only played a bit part in I Rossoneri’s 3-0 aggregate win against CS Universitatea Craiova to get into the group stages.

Although since the group stages have started he has been one of the most dangerous players in the competition. He started the groups in the best way possible, scoring a hat-trick which led Milan to a 5-1 win away against Austria Wien. He did not take more than two touches when scoring any of his three goals in this game, showing just how clinical he can be when given a chance in and around the box.

The following game, against Croatian champions Rijeka, was a lot more difficult for AC Milan, as they scraped through with a  Patrick Cutrone strike in the dying moments securing a 3-2 win. However, Andre Silva still managed to showcase his talent opening the scoring in the game. In the previous match all of his goals were purely finishes as he had been played through by a teammate, but this time he did it all by himself. He received the ball on the left wing, cut inside the full-back, working some space for himself before unleashing a left-footed drive into the far corner.

Despite him being 21, Andre Silva’s impressive appearances and goal tally in the Europa League shouldn’t be a surprise. Last season, while still at Porto, Silva managed to bag four goals and two assists in eight appearances, with his most impressive performance coming in a 5-0 win against Leicester, in which he scored twice and got an assist. His first in this match came from a header that went straight into the bottom corner, while the other came from the penalty spot.

As well as this he has consistently been part of the Portuguese set up from the U16s all the way up to where he is now in the first team. Silva didn’t have a particularly great scoring record at U16, U17 or U18 level but has really kicked on since progressing to a higher level back in 2014. For the U19s he got 16 in 24, he had 8 in 10 U20 games and actually scored four times in just three U21 matches before progressing to the first team, whom he’s represented 17 times, bagging 11 goals.

No matter what platform Andre Silva is playing on, based on the evidence of his career so far, he will always find a way to come up with the goods in front of goal. At just 21 years old he has plenty of time to develop himself, but at the same time he is a very dangerous player who opposition defences will have to look out for. His goals have varied, relying on a mixture of composure, skill and pure determination. The striker has already scored the goal that made sure Portugal got into the World Cup and a hat-trick in the Europa League. People may be looking at what he is capable of producing in the future but right now Andre Silva has a Europa League campaign which his side are favourites to win, a challenge to get back to the summit of Serie A and leading the line for his country at the World Cup to focus on. Andre Silva’s first season at AC Milan is a massive one for him and could be the one in which he truly announces himself as one one of the world’s most dangerous strikers.