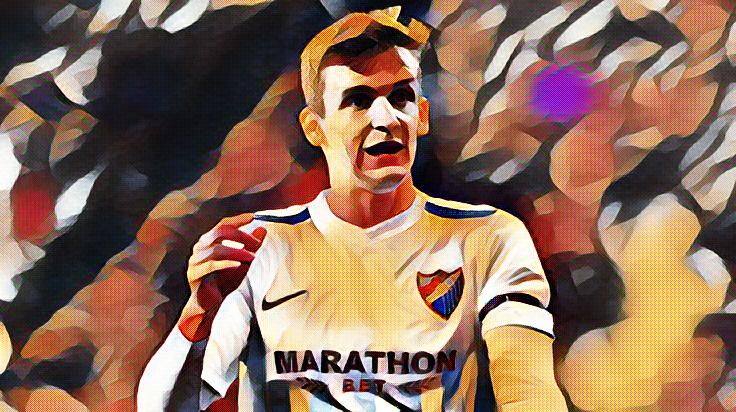 The Europa League is full of attacking talent with the likes of Ciro Immobile, Cedric Bakambu and Allan Saint-Maximin all having impressed so far. However, only Aleksandr Kokorin, Alassane Plea and Andre Silva have managed to outscore Real Sociedad centre-back Diego Llorente. After just two matches -against Rosenborg and Zenit St Petersburg- the Spaniard has managed to bag three goals.

Real Sociedad are competing in the group stages of European competition for the first time since 2013-14, when they finished bottom of a Champions League group containing Manchester United, Bayer Leverkusen and Shakhtar Donetsk. Their opening match of the tournament was a 4-0 victory against Rosenborg, with Diego Llorente a key man.

It was the centre-back who opened and finished the day’s scoring. The first goal came as he pounced on a rebound in a way that most poachers would be proud of, while his second came from getting his head to a corner delivery first and guiding it towards the corner. The performance that he put in during the Rosenborg match was enough to get him into the Europa League Team of the Week for game week one.

The second game, which was played away against the other group favourites Zenit St Petersburg didn’t go quite as well for Llorente and his teammates. Sociedad gifted the Russian side two goals within half an hour due to individual mistakes and then a third when Aleksandr Kokorin got on the end of a Branislav Ivanovic cross, all goals of which Llorente wouldn’t have realistically been able to stop. However, the 24-year-old showed his prowess in front of goal again when he brilliantly attacked a cross to head in.

His goalscoring form this season hasn’t just been limited to the Europa League though. In four La Liga appearances, with one of those coming off of the bench, Llorente has managed to score twice, taking his overall record for the season to five goals in six games, a feat which is incredible for a centre back.

Llorente’s first league goal came in his first La Liga match of the season, against Deportivo la Coruna despite him coming on in the 66th minute with the scoreline at 2-2. He managed to get Erreala in front before Assier Illarremendi got his second of the game to wrap up the points and make the final score 4-2. His latest was yet another well-attacked header from a corner, which was the last goal of a 4-4 thriller with Real Betis earning Sociedad a point.

What makes this goalscoring form so strange is the fact that in just four La Liga games and two Europa League ones this season, Llorente has already surpassed the four goals he scored in 58 La Liga games he played for Rayo Vallecano and Malaga CF. As well as that he didn’t have a particularly great record when in the Real Madrid Castilla team.

There are downsides to his game though, as he gives away fouls more regularly than his side would have hoped. This has led to him getting a yellow card against both Real Madrid and Real Betis, as well as getting sent off for a second bookable offence in the 88th minute of a 3-0 loss at the hands of Levante. In just 153 career club matches Llorente has picked up 35 yellow cards and been given his marching orders four times.

However, with his contribution in general play, highlighted by his 92% pass completion rate and the aforementioned goals he has already contributed, Llorente is a key man for Real Sociedad in the Europa League. The team will be expected to comfortably finish in the top two of the group with Zenit St. Petersburg, but if the txuri-urdin are to progress into the latter stages of the Europa League they will need goals from all over the pitch. While defending must be Llorente’s main priority, his knack of getting in and amongst the goals will be vital for Sociedad.