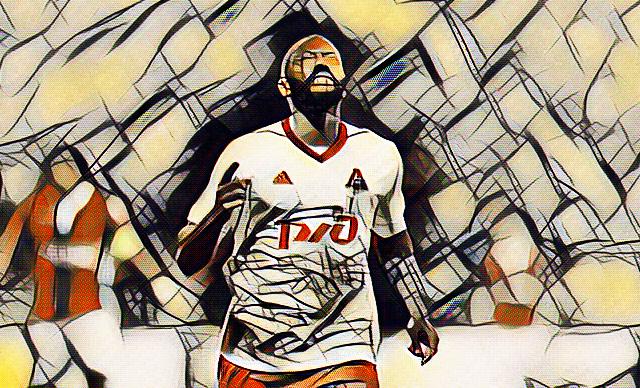 Two months after the culmination of the group stages the Europa League is finally back with the first leg of the knockout rounds. There were brilliant comebacks from Borussia Dortmund and Lokomotiv Moscow, an upset from FCSB, resounding wins for Atletico Madrid, AC Milan and Marseille as well as some draws which have given no indication as to who will progress to the next round.

This was built up as one of the must-watch ties of this round and the first leg certainly didn’t disappoint. Andre Schurrle latched onto a superb ball from Lukasz Piszczek to put Dortmund ahead on the half an hour mark to open the scoring. The second half begun with Josip Ilicic getting two goals in five minutes to put Atalanta ahead, but it was Michy Batshuayi who made the difference as he continued his incredible form since joining Dortmund on loan from Chelsea in January. He fired in a thunderous strike from outside the box to equalise in the 65th minute and then provided a clinical finish in stoppage time to put Dortmund in the ascendance seat ahead of the second leg. However, with the return tie being at Atalanta this is far from over.

Manuel Fernandes doesn’t score very often in the Europa League, but when he does he makes the most of it. Before this game the Portuguese midfielder’s only goals had come in the form of a hat trick against FC Fastav Zlin. After Mario Balotelli had put Nice 2-0 up inside half an hour Fernandes scored a penalty at the very end of the first half. He then went on to add two more in the second half to give Lokomotiv Moscow the win. The pick of his goals was the second which came via a very well struck free kick. The Russian side now take a slim advantage into the second leg which is enhanced by the fact that Racine Coly won’t be able to play having been sent off.

This match was played in a near empty Stadio San Paolo and with Lorenzo Insigne starting on the bench it seems as though Napoli are more interested in the Scudetto than the Europa League as they sit top of Serie A. However, it was the Italians who took the lead through 21-year-old Adam Ounas. RB Leipzig are having success of their own this season as they sit second in the Bundesliga and go into the second leg in a very strong position thanks to a brace from Timo Werner and a Bruma tap in. With a two goal lead going into their home leg Leipzig will be confident of progressing to the next round.

Two goals in three early second half minutes massively changed the complexion of this tie. The sides had gone into the break goalless, but Tanguy Ndombele headed home in the 46th minute before captain Nabil Fekir doubled Lyon’s lead in the 49th. When Pablo Fornals just about got the ball over the line to half Villarreal’s deficit it seemed as though the game would end closely, but Memphis Depay put an end to that as he fired in a cracker having come off the bench.

Having dropped down from the Champions League Celtic could have felt a bit hard done by to draw Zenit St Petersburg, who were the Europa League group stages’ top scorers and finished with the highest points haul in the competition. However, with the Russian club not playing a competitive game for two months because of their winter break Celtic looked the sharper side throughout. They struggled to make the breakthrough until five minutes after coming off the bench Charly Musonda was involved in some great link up play before sending a looped pass to Callum McGregor at the back post. McGregor chested it down and despite leaning back hit the ball on the half volley, sending it flying into the back of the net via the underside of the crossbar. This is a massive result for Brendan Rodgers’ side ahead of their trip to Russia on Thursday.

Their story so far has been a brilliant one, but Graham Potter will be incredibly frustrated with his Ostersund side’s start to this game against Arsenal. Goalkeeper Aly Keita spilled Alex Iwobi’s tame shot straight into Nacho Monreal’s path for the Spaniard to open the scoring. Tom Pettersson then gifted the ball to Henrikh Mkhitaryan in his own box, a mistake which led to an own goal from Sotirios Papagiannopoulos. Ostersund did improve after this, but they were unable to stop Mesut Ozil adding a third for Arsenal in the second half. Pettersson had the chance to slightly make up for his earlier mistake when Hector Bellerin gave away a penalty but his spot kick was easily saved by David Ospina as the game ended 3-0.

Not many people will have expected much from FC Astana coming into this game. However, when Marin Tomasov scored with a brilliant volley just seven minutes in and the Kazak club were resolute enough to hold onto their 1-0 lead until half time, many would have thought they could potentially hold on. However, within ten minutes of the second half Astana found themselves 3-1 down. The capitulation started when two minutes into the half Yuri Logvinenko gave away a penalty when he handballed a cross into the box, with the spot kick being converted by Bruno Fernandes. Marcos Acuna then skilfully burst down the left to assist Gelson Martins before Seydou Doumbia scored Sporting’s third. Logvinenko added to Astana’s troubles once again when he got himself sent off with a second yellow for a foul on Acuna in the 61st minute. This result may not have been enough to put a smile on Jorge Jesus’ face but it has put Sporting Lisbon in a great position to go through.

This result was arguably the biggest upset of the Europa League’s first round of knockout fixtures. The only goal of the game came in the first half when Harlem-Eddy Gnohere was played in behind the Lazio defence by Constantin Budescu before coolly placing the ball past the onrushing goalkeeper Thomas Strakosha. Lazio brought on their talismanic striker Ciro Immobile who has scored 26 goals in 29 games in all competitions but were still unable to equalise and go into the second leg 1-0 down.

RB Salzburg had only conceded once in the entire group stages. Despite shipping double that amount in the first leg against Real Sociedad they have still secured a draw and come away from the game in a very strong position. The first goal of the game came in bizarre fashion when Mikel Oyarzabal guided the ball into his own net off the post. Sociedad then scored in the correct goal when Alvaro Odriozola danced through Salzburg’s challenges and smashed the ball into the net before Adnan Januzaj netted from a free kick. Salzburg had to wait until the 94th minute for their equaliser when Takumi Minamino popped up and forced the ball in at the near post.

Copenhagen were massive underdogs going into this tie, so it was a surprise Viktor Fischer flicked the ball past Miguel Angel Moya to open the scoring. The Danish champions were brilliant defensively during the group stages, but they were swept aside by Atletico Madrid when Diego Simeone’s side kicked into gear. Saul Niguez, Kevin Gameiro, Antoine Griezmann and Vitolo all got on the scoresheet as Atleti put the tie beyond any reasonable doubt.

Having had a turbulent time this season outside the Europa League it seems that Gennaro Gattusso has inspired an upturn in fortunes across the board for AC Milan. This resounding win sees I Rossoneri extend their unbeaten run in all competitions to nine games. Milan had been frustrated by a mixture of resolute defending by Ludogorets and a lack of a finishing touch until Patrick Cutrone headed home just before half time. Ricardo Rodriguez then doubled their lead from the penalty spot before Fabio Borini scored the third in the dying moments of the game to give Milan a comfortable cushion going into the second leg.

Aritz Aduriz is unquestionably the king of the Europa League. He is the competition’s all time scorer and after netting twice in this fixture he currently sits top of this season’s goalscoring charts with seven goals. It was he who scored the first two goals of this game which were added to by an Ilya Kutepov own goal just before half time. Spartak Moscow still have a slim chance of making a comeback in the second leg thanks to a goal from Luiz Adriano reducing their deficit to two goals.

When these two teams were drawn against each other it was expected to be a very close tie. Marseille weren’t having any of that though and it took Valere Germain just four minutes to open the scoring. He then added another to his tally in the 69th minute before Florian Thauvin came off the bench to make it three for the French side. There is no guarantee that Marseille will be going through, but Braga have given themselves a lot of work to do in the second leg.

This was the only game to be played on Tuesday night. It may not have been the most entertaining of matches but it reiterated the Red Star Belgrade strength in defence that has got them to this point. The Serbian team have only conceded twice in seven Europa League games now, scoring three times so you shouldn’t expect too many goals in the return leg in Moscow. During this fixture Nemanja Radonjic had Red Star’s best chance but fired it straight at Igor Akinfeev, while Ahmed Musa was too indecisive to make the most of a CSKA attack that cut through the Red Star defence for the only time in the game and should have resulted in a goal.

AEK Athens drew five of their six games in the group stage and they’ve done it again despite Viktor Tsygankov opening the scoring for Kyiv early on. It seemed as though AEK would be suffering their first loss in the Europa League this season, but just one minute after entering the field of play Astrit Ajdarevic managed to bag the equaliser. With the second leg in Kyiv, Dynamo will be confident of securing their spot in the next round but AEK Athens will be very hard to beat.

Up until the 80th minute Partizan Belgrade looked as though they’d be going into the second leg of this tie in a great position thanks to a goal from Leandre Tawamba. However, Radim Reznik equalised for Plzen in the 81st minute before Partizan centre back Milan Mitrovic was sent off in the 85th minute when he received his second yellow of the game. The last ten minutes of this match have completely changed the complexion of the tie and will give the Czechs a lot of hope going into the second leg.