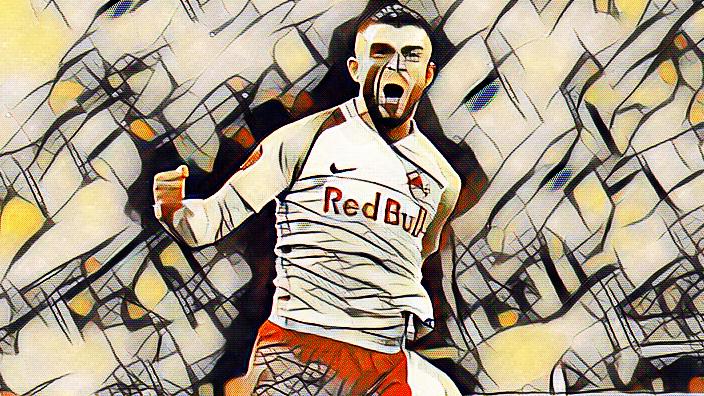 The Europa League always seems to provide shocks, entertaining matches and some superb goals. This week was no different, as it included a win for RB Salzburg against Borussia Dortmund, Lazio’s battle with Dynamo Kyiv and Saul Niguez’s incredible strike against Lokomotiv Moscow.

Arsene Wenger and Gennaro Gattuso have had very different fortunes recently, with Arsenal going into this tie on the back of four straight defeats, while AC Milan were on a 13 game unbeaten run. However, it was Arsenal who go into the second leg with an advantage, following two first half goals. Henrikh Mkhitaryan opened the scoring in the 15th minute with some help from a deflection off of Leonardo Bonucci. It was Aaron Ramsey who doubled the lead moments before time, as the Welshman got on the end of an eye-of-the-needle pass from Mesut Ozil, rounded Gianluigi Donnarumma and tapped it in. Both sides had chances in the second half, but were unable to take them, meaning that Arsenal take a vital two goal lead into the second leg.

Having already knocked Napoli out of the competition in the last round, RB Leipzig will have been confident going into this tie against Zenit. Timo Werner had scored twice to get Leipzig through against Napoli and it was the German striker who made the difference this time around as well. He set up Bruma for the opening goal with a brilliant back heel. The second came when Naby Keita made a mazy run through the centre, before laying the ball off to the German, who dinked the ball over the onrushing Zenit goalkeeper Andrey Lunev. However, this tie is far from over, as Domenico Criscito’s pinpoint free kick in the 86th minute halved Zenit’s deficit, as they head back to Krestovsky Stadium for the second leg.

Dortmund went into this tie as the favourites, but Salzburg have been one of the best sides in the Europa League this season and should not be underestimated. The Austrian outfit were given their big chance to go ahead when they were awarded a penalty, with Omer Toprak bringing Hwang Hee-Chan down on the very edge of the box. It was Valon Berisha who stepped up to take it and he made no mistake, sending Roman Burki the wrong way as he slotted the ball into the bottom right corner. The Kosovo international then followed up his opener with a thunderous first time strike from the edge of the box, to give Salzburg a two goal lead. However, just after the hour mark Andre Schurrle managed to bundle Christian Pulisic’s ball over the line, ensuring that things remained close going into the second leg.

With Jan Oblak injured and Miguel Angel Moya having recently been sold to Real Sociedad, Axel Werner made his debut in goal for Atletico Madrid. Though he only had to make one routine save in the last ten minutes, as his team were comfortable throughout. Saul Niguez opened the scoring with a truly stunning strike from range. His effort was added to by a Diego Costa rebound and a deft finish from Koke in the dying moments. Atleti had put the game out of any reasonable doubt in the first leg against Copenhagen in the last round, it seems as though they’ve done it again here.

In their tie against Braga, Marseille had put the result beyond any reasonable doubt within the first leg. When Lucas Ocampos’ intelligent finish opened the scoring within a minute of this fixture against Athletic Bilbao, it seemed as though they may do this again. This feeling grew further when calamitous defending from the Spanish side teed Dimitri Payet up for a half volley which he smashed past Iago Herrerin However, Bilbao were given a lifeline just before half time, when Adil Rami was judged to have blocked Aritz Aduriz’s shot with his arm. Having won the penalty, Bilbao’s talisman stepped up to take it and sent the ball down the middle, past the diving Steve Mandanda. Ocampos added his second of the game, with the help of a mistake from Athletic keeper Herrerin, giving Marseille some breathing space going into the second leg. They may not be in the clear yet, but Marseille have certainly given themselves an advantage.

Igor Akinfeev had kept a clean sheet in both legs against Red Star Belgrade in the last round, so when he saved a Memphis Depay free kick destined for the top corner, it seemed as though he may successfully repeat this feet. However, the Russian was caught out by Depay’s corner in the second half, as he came out to claim it but was unable to reach the ball before Lyon centre back Marcelo, who climbed to head home the only goal of the game.

Lazio will have expected to come out of the first leg victorious, especially with it being at home. However, following a goalless first half, Viktor Tsygankov opened the scoring with a brilliant piece of improvisational play, as he back heeled the ball into the net, having initially miscontrolled Artem Besiedin’s cross. Though Lazio equalised just two minutes later and then went ahead with scenarios that are becoming all too familiar to Europa League defences. Felipe Anderson slipped the ball through to Ciro Immobile who clinically finished off the chance, with Anderson turning assist provider to goal scorer just eight minutes later. The scoring wasn’t over yet though, as Junior Moraes turned and smashed the ball into the net spectacularly from range, equalling the score with his seventh goal of the competition. Denys Garmash bizarrely earned himself his second booking of the game after the final whistle, meaning he will miss the return leg.

Sporting Lisbon came into this as the favourites and asserted their dominance on the game from the off. However, they were left frustrated by a resolute Viktoria Plzen defence, until an acrobatic assist from Fabio Coentrao gave Fredy Montero the perfect opportunity to score the opener in injury time of the first half. The only other goal came just three minutes after the break, when Bruno Fernandes set Montero up for his second of the game. Plzen could be left to rue that period around the break in the long run.