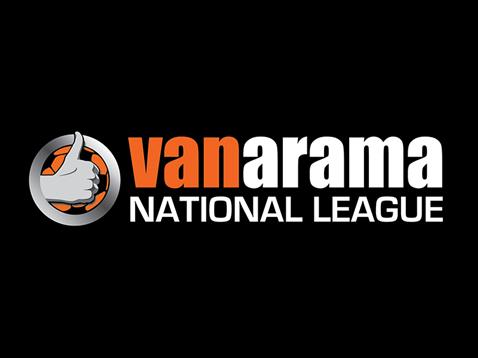 As April turns to May the football season gets down to the nitty gritty, business end of the season. League campaigns coming to a close, relegation fights and play off places confirmed, etc. Non-League football is no different to its more glamorous counterparts, the lifeblood of some local communities, also enters into its end of season high drama scenarios.

The Vanarama National League (known as VNL from here on in) season has finished and play off places have been decided. Forest Green Rovers, Tranmere Rovers, Dagenham & Redbridge and Aldershot Town, are the four teams who will battle it out to reach the promised land of League Two football.

But what is Non-League football? You mean there is life outside of the Premier League? Tell me more!

For those of you not too familiar with Non-League football it’s broken down into sections. Football under League Two is set up in a pyramid system. Local Saturday afternoon football from Southern Counties Divisions, and their Northern divisions, make up the lower sections of the pyramid. The tip of the footballing pyramid is made up of Vanarama North and South leagues, then ultimately the VNL. Teams from both VN and VS make up the National League. These divisions operate on a two up two day scenario.

Until 1987, any team winning the then Southern League and Northern Premier, had to be elected into the league, voted in to replace a team that had finished at the bottom of the old Fourth Division. Wimbledon were Southern League champions on four occasions in the seventies, until the football authorities couldn’t ignore them anymore and voted them in. We know how that turned out don’t we!

The first team promoted from the fifth tier of English football at the end of the 1986/87 season were Scarborough. Incidentally the team they replaced was relegated Lincoln City, who were recently crowned League Champions to return back to League Two after a six year absence.

The 2002/03 season was the first in which a play-off place was allocated to the division allowing a second team to be promoted. There has been a recent call for there to be a third promotion place to be added. Two teams to go up automatically and one via a play-off. For this to happen, League Two clubs would also have to vote in favour. Sounding out of chairmen from clubs already in League Two this has led to the belief in a vote keeping the system as it stands.

The VNL contains some absolutely massive football clubs at that level. Wrexham, Macclesfield, Dagenham, Lincoln, Tranmere, Torquay and York, have all recently been all fully paid up members of the Football League. Once you drop into the VNL, it’s a very tough task to get back out.

The VNL is a mixture of professional and semi-pro clubs. Lincoln City had an amazing FA Cup run this season and a Quarter Final defeat to Arsenal was an outrageous achievement for a club battling to get out of the Non-League battleground. A professional club in all aspects, the fairy tale was slightly tainted as it wasn’t the romantic story of players of such ilk as butcher, baker and candlestick maker. Don’t get me wrong, I’m not for one minute knocking their heroics, but as a club who are full time and train every day, really should be able to compete.

Some of the clubs are semi-pro and train a couple of times a week as staff and players have day jobs. Dover Athletic are one example of a semi-pro club and for two successive seasons have exceeded expectations against the Non-League royalty, in which they are company to. Dover just missed out on the play offs this season despite only training a couple of times a week. Last season they had gone one better, losing in the play-off semi-finals. Just goes to show that being full time in this division is most definitely not a gimme for success. York City have just faced back to back relegations after falling through the League Two trap door last year, and they are full time.

Going forward you would believe that it is only a matter of time before a third promotion spot is introduced. The VNL is already like League Three, or Fifth Division in old money, with the sheer size of football clubs involved. Tranmere Rovers had an average rate of over 5,000 bums in seats a game whereas Champions Lincoln, averaged around 3,500, until their crowning glory, when over 9,000 squeezed into Sincil Bank to see the coronation.

Vote for a third spot, let’s get some of these giants back where they belong, and although no team has a divine right to be in any said division (Coventry City), it would certainly make the VNL an even more exciting proposition. To those die hards who travel the length and breadth of the country I salute you.