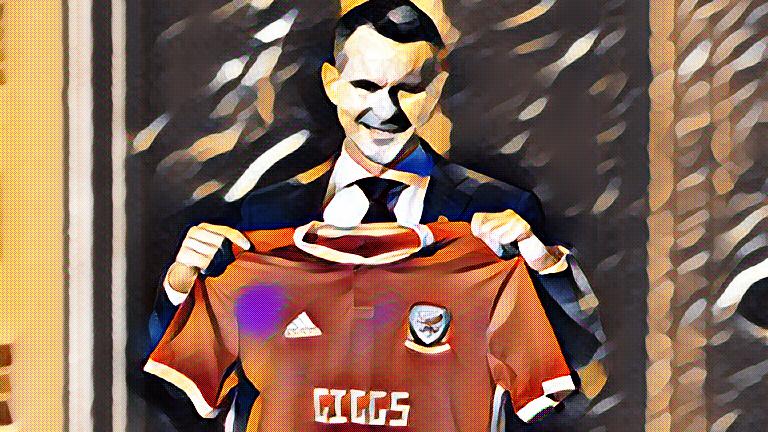 Great players do not always make great managers, I’m sure you’ll remember Alan Shearer at Newcastle United in 2009 and how he oversaw the club’s relegation after he managed one win in eight games. While managing Wales is a modest job in world football terms the immediate task for new boss, Ryan Giggs, is to lead them to the logistical nightmare that is the 2020 European Championships; a big task for any manager and there will be plenty of media attention on Giggs, given his relative inexperience and after his predecessor, Chris Coleman, failed to qualify for this summer’s World Cup.

The initial feeling I have is the Welsh FA have employed Giggs because of who he is, this sentiment is also shared by a number of fans and the media. On one hand we have Giggs with 896 appearances and the most decorated player of his generation, on the other we have a player who lacked enthusiasm for the national team and failed to appear for most friendlies. The fact he has only managed for a pressure-free interim period of a couple of months at Manchester United after David Moyes was sacked in April 2014, also goes against him. His coaching experience isn’t completely lacking as he was assistant to Louis van Gaal the following season. We can safely assume his former boss, Sir Alex Ferguson, will be receiving a few phone calls asking for advice over the coming months, especially as Giggs discussed the Wales job with him before taking it. Again, a few contacts in your phone and a truck load of winners medals do not equal managerial greatness. It’s a completely different role to that of a player, even different to that a captain or senior player as he will have to learn quickly that the buck stops with him. He’ll literally have to manage egos, expectations and ultimately the frustration of a now expectant fan base.

The Welsh FA hardly had a huge pool to choose from in the first place, especially after Chief Executive, Jonathan Ford, said the next manager would “definitely not be English”. (Some could argue they have done the opposite of what they promised and actually employed an English manager, but those same people could be accused of being facetious!). Whatever your opinion on his comments we can agree this was a massive mistake and they are guilty of cutting their nose off to spite their face, Wales simply cannot afford to be choosy given their standing in world football. His comments meant Garry Monk, Paul Clement and Giggs’ former team mate, Mike Phelan, were immediately ruled out. There may have also been a possibility, even if remote, of Eddie Howe, Sean Dyche or Ian Holloway taking the job. Newport-born, Tony Pulis, ruled himself out almost as soon as his name was mentioned, I can guarantee the exhale of relief from Madrid could be heard all the way to Cardiff when that story broke. It wasn’t exactly a wide range of talented English managers who would’ve been a possibility but such borderline racist opinions would certainly dissuade some potential managers, English or otherwise, from applying.

Giggs wasn’t a nailed-on choice by any means, the current assistant, Osian Roberts, was interviewed, as were Mark Bowen and Craig Bellamy. Roberts would’ve been a natural choice; stepping up into the role having served his time under successive managers. It can be argued he more than most has helped to develop this current Wales team into the one we see today by bringing through players like Gareth Bale, Chris Gunter, Aaron Ramsey and more recently, Ben Woodburn. Roberts would have been the best fit in my opinion, certainly not a big name, but he has the respect of the players, he knows the Welsh system and has worked with many ex-professionals such as David Ginola and Roberto Martinez while they have been completing their coaching qualifications.

While Bellamy might not have been the obvious choice for reasons I’ll make clear soon he has been coaching at Cardiff City since his retirement 2014. He’s a bigger name with a coaching background and for many would’ve been ahead of Giggs, apparently he also delivered a very good interview for the national job too. I do concede his talented-man-child temperament as a player may stick long in the memory for any potential future employers, but we can argue since retirement he has started at the bottom (no offence to Cardiff City) and is now attempting to work his way up. He hasn’t merely played around with a local non-league team with his mates for the benefit of the TV cameras. I am being overly harsh, I know, Giggs does have a UEFA Pro Licence and has served under a former international manager, but many will believe him to be vastly inexperienced and an appointment on name and player reputation only.

Many fans who are against the appointment feel as though Giggs betrayed them by not playing in friendlies and dead-rubber qualifiers, the fact he didn’t play a friendly between his 1991 debut and 2000 tells you all you need to know. We’re in an age where a decent player can earn 50 caps before he’s 23 or 24, but Giggs only managed 64 in 16 years. While the phrase betrayal is probably a little strong we can appreciate the fan’s apprehension, especially as he doesn’t have experience of having to deal with these troublesome elements of a players’ behaviour.

How would a player who was seemingly demotivated for the majority of his international career be able to manage those who are mysteriously injured around the international break? Giggs knows all too well the spotlight, glamour and riches in the Premier League and Champions League are infinitely more appealing than dull friendly games with a group of players who meet about five times a year. Paris on a spring evening or playing Moldova on a drizzly night in Cardiff? The temptation to get a note from your Mum asking to be excused from Mr Giggs’ class will be too tempting for some and it’ll be an interesting chat between Bale and his new boss when that question arises soon.

Giggs certainly brings raw skills, a mature personality, an enormously successful playing career and more contacts than your average agent to the Wales team, but the fact remains the Welsh FA have taken a huge gamble employing a manager with virtually no experience and almost solely for the fact he is Welsh. Osian Roberts, a well known and trusted assistant was there for the taking but Wales have favoured media attention over masses of coaching knowledge. While winning matches and qualifying for the Euros will obviously help turn fan opinion, should Giggs fail to learn quickly qualification could be over before it begins and he could find himself added to the Shearer-list of great players who failed to become even halfway decent managers.