Ahead of tonight’s Champions League round of 16 game between Real Madrid and Manchester United, Phil Kitromilides, presenter and commentator at Real Madrid TV, squares up to  Scott from The Republik of Mancunia.

What’s your form like ahead of the big game?
Phil: Madrid’s form is relative. Overall it has not been great, but we are still unbeaten at home in any competition, for over a year, the longest unbeaten home run in any major European league. So while this hasn’t been the best season overall in terms of form, the Bernabeu has remained an absolute fortress.

Scott: Whilst the Everton game wasn’t one of our best performances, it was one of the few occasions this season when the team seemed to play with real purpose and control. The City result at Southampton appeared to spur them on and I’m hoping we’ll see the same determination against Real Madrid.

We’ve won 7 of our last 8 in the league, drawing the other, and you have to go back to the first week of December for the last time we lost a game, and that was in a meaningless Champions League group stage game after we’d already qualified top of the group.

And how do you rate the opposition at the moment?

P: The thing that gives Madrid real hope is United’s tendency to concede goals. If West Ham, Stoke, Southampton, Villa, Reading, and Newcastle can all score two goals or more against United then Real Madrid should have no problem in putting a few past David de Gea, a keeper who conceded three times on his last trip to Bernabeu.

S: They seem pretty hit and miss at the moment. They lose to a team close to the relegation zone in the midst of scoring 13 goals in 3 games in the league.

Consistency and knowing what to expect were always trademarks of Mourinho teams but Real Madrid seem all over the place. Still, they just held Barcelona to a 1-1 draw so it’d be ridiculous to underestimate them.

What do you think of the opposition manager?
P: I think he needs a new watch.

S: I don’t like him at all. Gouging Tito Vilanova’s eye, claiming he saw Rikjaard entering a referee’s office (leading to death threats from Chelsea fans) only to later admit he didn’t, having a pop at Ronaldo when he was just a lad at United for being poor and from a working class background, and so on, lead me to believe the guy is a prat.

That said, he is a great manager who has done brilliantly well with every team he’s managed. We shouldn’t forget that in his last full season at Chelsea he was well beaten by United though, and his Inter side were an easy match for us in the Champions League a few years back, but he’s a quality manager and will be keen to do well against us. You imagine he will see this game as part of his job interview for replacing Ferguson this summer or next.

What’s your all-time favourite game between the two teams?

P: April 2000, Manchester 2-3 Real Madrid – Fernando Redondo with the best assist in the history of football for the third. A sublime team.

S: It has to be the 4-3 at Old Trafford in 2003. We went out of the Champions League that night but it was one of the best games I’ve ever seen, with Ronaldo (the Brazilian one, obviously) scoring a hattrick and receiving a standing ovation from our fans.

When Beckham came off the bench to score two in quick succession I was sure we were going to pull it off and knock them out. We were gutted at full-time but it was a thoroughly entertaining game of football.

Have you got any special chants lined up for the game?

P: When I am commentating a match I tend to try and keep chanting to a minimum!

———-
Read this discussion in full at The Mirror. 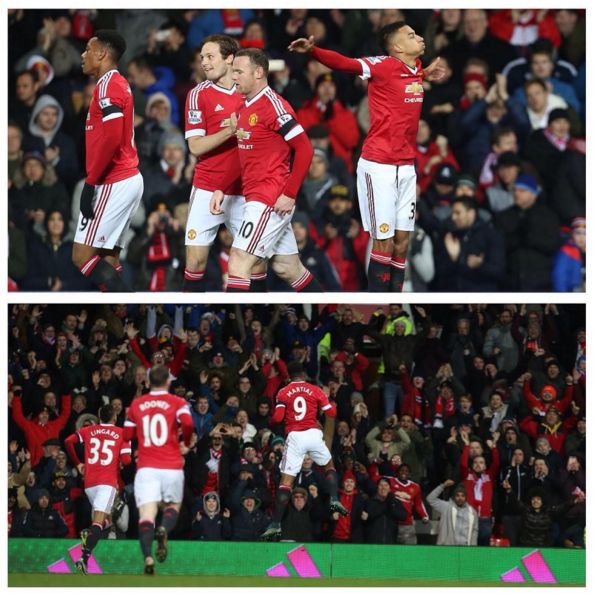