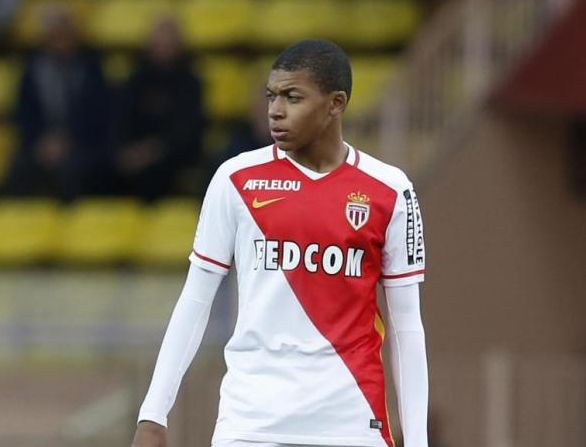 2 Comments on Fantastic: Arsenal Representatives in France to Sign Hottest Prospect in Europe & Beat Real Madrid, Chelsea or BayernPosted in Arsenal By By Far The Greatest TeamPosted on January 26, 2016January 24, 2017Tagged Arsenal

The 17-year old Monaco forward is one of the hottest youth prospects and has been scouted by most of the major European clubs including the likes of Real Madrid, Bayern Munich, Chelsea, Manchester United, Paris Saint-Germain and Liverpool.

But French publication L’Equipe reports that the Gunners are currently the favourites to sign the youngster.

The report claims that Arsenal’s former player and current French scout Gilles Grimandi was present during the Monaco’s Coupe de France game against Evian on Wednesday.

Monaco won the game 3-1 after extra-time, and the player played for 83 minutes in the game.

Mbappe has made six appearances for the Ligue 1 club this season and provided one assist during the club’s Europa League game.

His current deal with Monaco expires in June 2016, and the club is desperate for the player to sign a contract extension. Otherwise, they risk losing him for free in the summer.