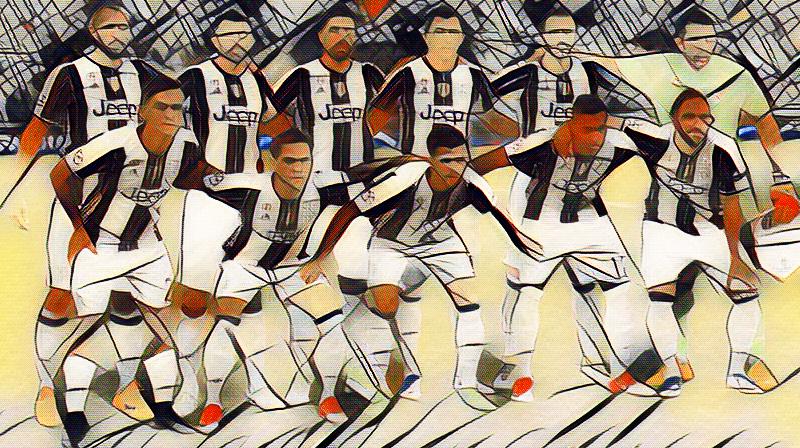 When Juventus secured the signing of Andrea Pirlo back in July 2011 on a free transfer it was immediately clear they’d struck gold. Undoubtedly one of the greatest deep lying midfield players of his generation Andrea took to life in Turin like a duck to water.

Having been an integral part of a highly successful Milan side, almost 7 years later I’m still struggling to comprehend how he was allowed to run his contract down. Milan’s loss was Juventus’ gain and the midfield maestro continued to dictate football matches from week to week, the only difference being he was now in the stripes of the Old Lady.

Four consecutive title wins, an Italian cup and two Italian super cups later there is no question Andrea Pirlo’s move from Milan to Turin is one of the biggest transfer coups in the history of the game.

Fabio Cannavaro joined the club in 2009 on a free transfer. A player well worthy of his legendary status having led his country to the 2006 World Cup and still the last defender to win the Ballon D’or. Fabio had two spells in Turin the first far more successful than the second due to the second coming in the twilight of his career.

At any stage of his career, signing a player of his experience, reputation and talent on a free transfer will go down as another one of the game’s biggest steals.

Sir Alex Ferguson will always be remembered as one of the game’s elite managers but it’s safe to say he missed the boat when he decided to let Paul Pogba leave for free. In fairness to Sir Alex, you could argue that Paul may not have developed into the player he is today had he spent much more time bench warming at Old Trafford.

Ferguson made it clear that the breakdown in relations was between himself and Pogba’s representative Mino Raiola. A man of principle, he simply would not agree to the club allocating such a large proportion of their wage budget to a bit part player.

Pogba’s rapid development at Juventus came as a surprise to many but having won four titles and appearing in the Serie A team of the year three times in a row you can see why United had to pay just shy of £90m to bring him back.

Dani Alves arrived from Barcelona having won 23 trophies during his time in Spain. Since his arrival he has been one of Juventus’ key players and has proved the Barcelona board wrong for thinking his best days were behind him.

Having been deemed surplus to requirements by the Catalan club, Dani Alves and Juventus knocked Barcelona out of Europe’s Premier Competition the following season, a game that will always be remembered for the post-match scenes, Dani Alves have to console his former teammate Neymar.

A World Cup winning midfield player picked up during the type of clearance sale only a club like Real Madrid could hold. Sami Khedira struggled for game time at the Bernabeu for a number of reasons. The German star struggled with injuries during his time there and as a result found it increasingly difficult to nail down a regular starting position and show what he could do.

Since arriving, his form under Allegri has been impressive. He’s managed to stay injury clear and his ability to cover ground and influence the game both defensively and offensively has been a valuable asset to the club.